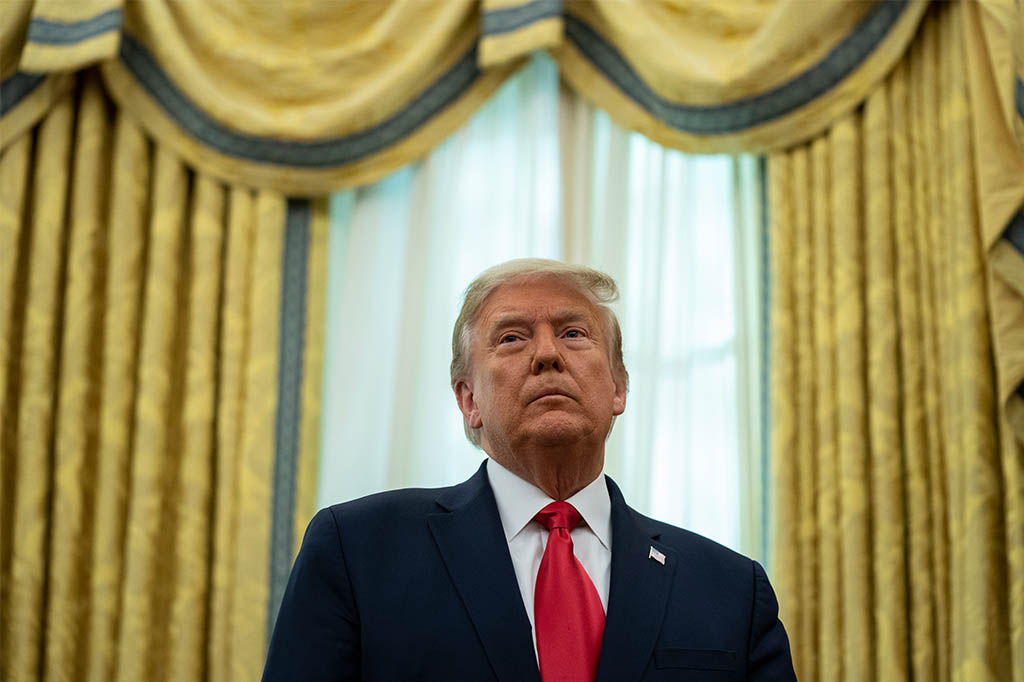 In the weeks leading up to the 2020 election, six of the top 20 conservative news sites were slammed by surprise declines in traffic compared to a year ago, according to data made public this week.

Sites that were relentlessly pro-President Trump, however, ran up the biggest gains, even as they were criticized by media watchdogs for routinely running questionable stories.

The numbers also suggest that fealty to Trump, rather than to a general conservative take on government, appears to be the driving force behind the biggest gainers in the conservative world.

TheRighting, which analyzes traffic at conservative websites compiled by Comscore, showed that FoxNews.com — far and away the dominant conservative site — was slightly down with 100.8 million visitors in October from 100.9 million in the year-earlier month. The Washington ­Examiner, the No. 2 conservative-leaning site, saw its traffic drop 12 percent to 12 million visitors.

But the relentlessly pro-Trump website of podcaster Dan Bon­gino surged more than 1,000 percent to 3.7 million visitors from its small base last year, even though its reporting has flopped fact checks by neutral observers.

Newsguard, which examines misinformation on websites, warns: “Bongino.com regularly promotes unsubstantiated conspiracy theories and misstates facts, often using anonymous sources to back up claims that have no other evidence.”

Cheerleading for Trump also helped The Federalist, The Gateway Pundit and PJ Media to report gains of more than 200 percent on the month compared to a year ago.

“For most of the sites, it centers around Donald Trump,” said Adam Schiffer, author of “Evaluating ­Media Bias.” And for most conservative sites, “the point of consuming for many is not to be informed, it is to be affirmed,” he said.

Schiffer said that may have created a problem for sites such as Fox, which tries to run a conservative-leaning news side by day even while talk-show pundits Tucker Carlson, Sean Hannity and Laura Ingraham are relentless Trump boosters by night.

Gainers did outnumber losers by a 3 to 1 in TheRighting survey released this week, so clearly right-leaning audiences were still engaged as the contentious election headed into the home stretch.

Meanwhile, the left-leaning CNN had a huge lead in web traffic heading into the election showdown, rising 17 percent to 146.7 million this October compared to a year earlier.

But in a sign that right-leaning sites still had enormous traction heading into the home stretch of October, the next five sites all posted healthy double-digit gains.

National Review, deemed to be the most factually accurate by Media Bias/Fact Check, reported the smallest gain among the No. 3-to-No. 7 group.

The Drudge Report appears to be another notable casualty of the trend. The site has reversed its 2016 pro-Trump stance over the past year by linking to stories with a decidedly anti-Trump view. Some observers say that contributed as much to its slump as the growing competition from social-media sites over the past several years.

Drudge is not included in the TheRighting rankings because it is primarily an aggregator with limited original reporting.

But the pioneering site founded by Matt Drudge in the mid-1990s continues its yearlong decline, plunging another 37 percent to 1,474,000 unique visitors compared to a year ago October when it was still drawing 2,331,000 unique visitors.

Drudge himself claims his audience is far larger, with upwards of 25 million visitors a day. But sources say his own numbers skew higher because if someone checks the site multiple times a day, that person is counted each time, whereas Comscore would count that only as one visitor per month.

One surprising decliner before Election Day was Newsmax. But afterward, it reportedly generated record views in November and early December as it continued to run with Trump’s unproven and apparently baseless conspiracy theory about massive voter fraud.

In the run-up to the election on the October web-traffic numbers, Newsmax dropped 4 percent to 3.596 million unique visitors. Newsmax CEO Chris Ruddy offered no explanation for the Web falloff in the crucial month.