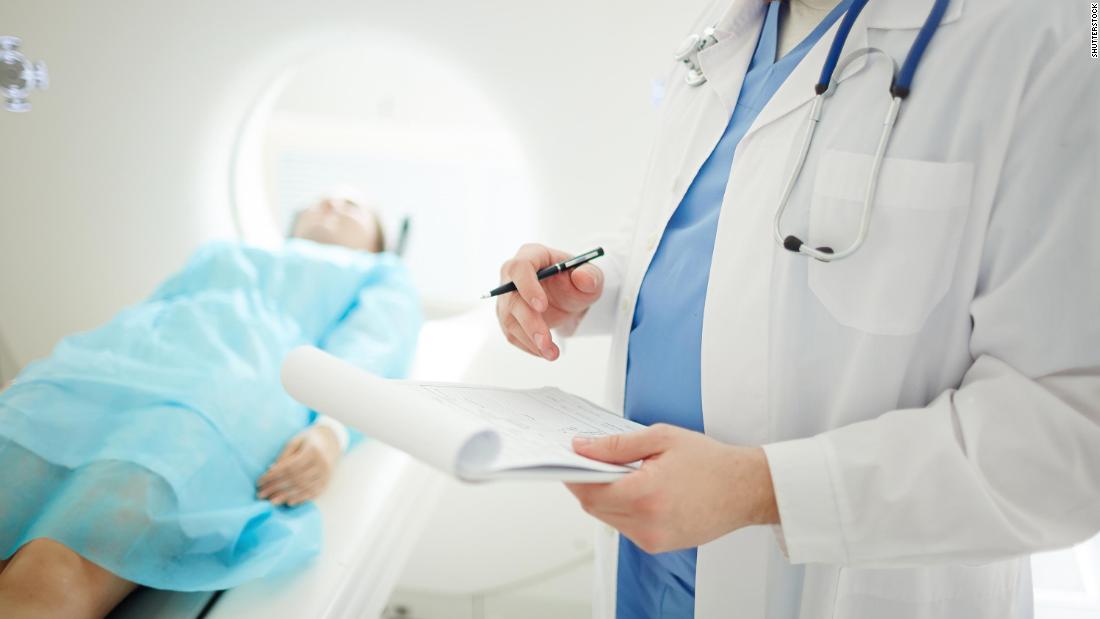 The US Preventive Services Task Force now recommends that current and former smokers ages 50 to 80, who have a 20 pack-year smoking history, have an annual CT lung scan to screen for lung cancer, which is the leading cause of cancer death in the US.
The new guidance, published in the medical journal JAMA on Tuesday, replaces previous guidelines from 2013 that recommend annual lung cancer screening in adults ages 55 to 80 who have a 30 pack-year smoking history and either currently smoke or quit within the past 15 years.
Smoking history is measured by “pack-years,” and calculated by multiplying the number of packs of cigarettes smoked each day by the number of years a person has smoked, according to the National Cancer Institute. A 20 pack-year, for example, is equivalent to smoking one pack per day for 20 years or two packs per day for 10 years.

These changes to the guidelines “will enable more people to get screened overall, and, importantly, have particular implications for certain groups of individuals,” Dr. Mara Antonoff, an associate professor of thoracic and cardiovascular surgery at The University of Texas MD Anderson Cancer Center, who is not involved in the USPSTF, told CNN ahead of the release of the task force’s recommendations.

Antonoff added that the revised guidance will allow more women and Black patients to be screened for lung cancer.

“This is very important, as it’s been shown that these groups of patients tend to develop lung cancer at a younger age and after less tobacco exposure,” she said. “By allowing them to get screened earlier and with less smoking history, we stand a better chance of finding these lung cancers early, when they are most successfully treated with curative therapy.”

Data show that women and Black people tend to smoke fewer cigarettes than White men — so expanding who is eligible for screening may help to include those groups. There are also higher rates of lung cancer in the Black community even though they have lower smoking rates, smoke fewer cigarettes per day, and are less likely to be heavy smokers, according to the National Institute on Minority Health and Health Disparities.

The guidelines recommend to “stop screening once a person has not smoked for 15 years or has a health problem that limits life expectancy or the ability to have lung surgery.”

‘We can save more lives’

The USPSTF gives this guidance a “B recommendation,” which means the the panel recommends screening to eligible patients as it provides a “moderate net benefit” for people at high risk of lung cancer, based on age, exposure to tobacco smoke and years since quitting smoking. The task force noted that smoking and older age are the two most important risk factors for lung cancer. It is estimated that smoking is linked to up to 90% of all lung cancer cases.
Most private insurance plans are required to cover preventive services that receive an A or B grade without copay, according to the task force.

The new recommendation is based on an updated evidence report and review of 223 previously published studies. The report found that screening high-risk people can reduce the risk of lung cancer death, but also warned that there is the risk of false-positive results.

“The task force reviewed new evidence that shows screening can help many more people who are at high risk for lung cancer,” USPSTF member Dr. Michael J. Barry said in a news release on Tuesday. “By screening people who are younger and who have smoked fewer cigarettes, we can save more lives and help people remain healthy longer.”

The update of the USPSTF recommendation expands the population eligible for lung cancer screening from an estimated 14.1% to 22.6%, according to an editorial that published in the journal JAMA Oncology on Tuesday.

Another editorial, published in the journal JAMA Network Open on Tuesday, notes that “an eligibility expansion alone” is not enough to increase lung cancer screening rates and resolve disparities. Rather, broad and more equitable screening is needed.

Only a small proportion — about 2% to 16% — of eligible patients get screened for lung cancer, Dr. Anne Melzer and Dr. Timothy Wilt, both of the University of Minnesota Medical School, wrote in the editorial. They added that breast and colon cancer screening rates approach 70%.

For lung cancer screening to be as effective as possible, “implementation guides stress the importance of formal programs, including eligibility confirmation, effective patient tracking, adherence to structured nodule reporting and evaluation, and access to a multidisciplinary committee of clinical specialists,” Melzer and Wilt wrote.

“These subspecialists may be in short supply in lower-resource settings but are necessary to minimize unnecessary invasive testing and to promptly diagnose and treat identified cancers.”