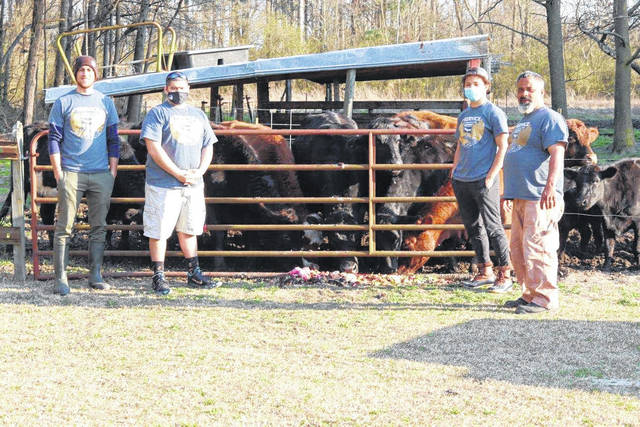 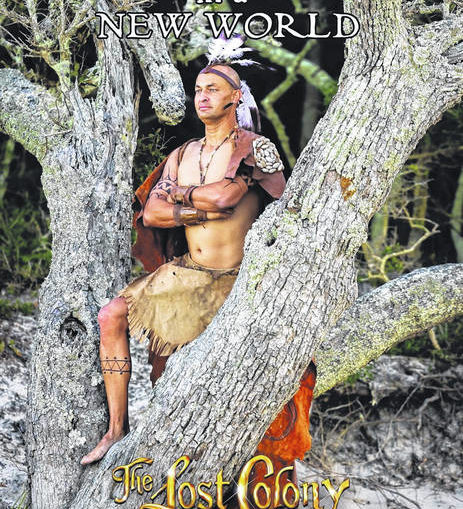 MANTEO — Organizers of “The Lost Colony” are seeking American Indian/Indigenous performers for various roles in the 84th season of the summer production in Manteo.

“The Lost Colony” is an outdoor drama that is produced by the Roanoke Island Historical Association, a non-profit whose mission is “to celebrate the history of the first English colonies on Roanoke Island and to honor the founders of ‘The Lost Colony’ symphonic drama through drama, education and literature.”

First staged in 1937, “The Lost Colony” is the nation’s longest-running outdoor symphonic drama.

With the artistic guidance of the Lumbee Tribe of North Carolina, this year’s production will debut brand-new theatrical staging, choreography and production elements. This year, all American India roles will be cast with indigenous performers.

Organizers of “The Lost Colony” reached out to the Lumbee Tribe of North Carolina this past year seeking a partnership to fill the roles of the American Indian characters in the show, said Kaya Littleturtle, Lumbee Tribe cultural enrichment coordinator.

“Before, they had the roles filled with non-natives and they wanted to be more respectful and more accurate, so for the first time in the play’s history it’s collaborating with the Lumbee Tribe,” Littleturtle said. “The Lumbee Tribe is really honored to have that collaboration going on.”

Littleturtle and Lumbee Tribal chairman Harvey Godwin Jr. will both serve as artistic advisors in the production.

The collaboration has been smooth, and the production team have been open to suggestions, Littleturtle said.

“’The Lost Colony’ staff have been very accommodating and very open to a lot of changes,” he said. “We’ve got to add more authentic dances, more authentic songs, and we are under the agreement and understanding that native roles have to be portrayed by natives. Our story has to be told by the native community.”

“There’s just an overwhelming amount of creative support and personal support and professional support between the Lumbee Tribe and ‘Lost Colony’ production to make the overall play much better and much more accurate and respectful,” he added.

Participating in the show will also serve as a good-paying opportunity for members for the tribe who have not been able to powwow because of the virus.

What actors and staff from the Lumbee Tribe take from the experience with “The Lost Colony” will be used for future outdoor shows with the tribe hosts said Littleturtle and Godwin.

“’The Lost Colony’ effort is an opportunity we have been working on for months, which exercises a collaboration between ‘The Lost Colony,’ the Lumbee Tribe, but also ‘Strike at the Wind!’ outdoor drama,” Godwin said. “It’s going to be an effort where we are passing information to each other, sharing audiences as well as talent with each other.

“That partnership helps us lot, teaching our actors things and bringing us to the next level, so we feel like we can use the things we learned to apply to our outdoor drama ‘Strike at the Wind!’ in our own tribal theatrical endeavors,” Littleturtle said. “We’re really happy for the technical, theatrical support involved with this partnership.”

There will also be an opportunity for the Lumbee Tribe Boys and Girls Club to get involved through a mentorship program the tribe is trying to establish, Godwin said.

“It is a great collaboration to make ‘The Lost Colony’ as well as ‘Strike at the Wind!’ stronger,” he said.

One of the first components of the collaboration included several Lumbee Tribal members who auditioned for roles in “The Lost Colony” marketing materials. Five members of the tribe were chosen to participate, and the materials are being distributed nationwide. Participants include Josh Jahn as Wanchese, John Oxendine as Wingina, Littleturtle as Uppowoc, Jason Sampson as Manteo and Sheena Sampson as Manteo’s wife.

Jason Sampson described the experience as being profession and eye-opening.

“Everything we were wearing were historically accurate,” he said. “They could have easily went in the same direction they have been for 80 years now. This is a big undertaking on their part. It is awesome that they’re actually doing this now.”

Auditions for the show will take place Monday at the Lumbee Tribe Cultural Center in Maxton. Individuals interested in participating can register on the Lumbee Tribe’s Facebook page or website.

“They will be seeking traditional as well as nontraditional roles, which includes youth, adults and seniors,” Godwin said.

The show will be directed and choreographed by Jeff Whiting. The American Indian choreographer will be Jerad Todacheenie.

Organizers are looking for American Indians to fill the principle roles of storyteller, Manteo, and Wanchese, and are seeking performers in the ensemble and drummers.

For the role of storyteller, the production team is seeking an older indigenous female actor. The storyteller is an elder who knows all the stories of the land and provides the connection with the present and the past.

Manteo will be a young, indigenous male identifying actor. He is an American Indian Croatoan, the chief of the tribe that befriends the colonists. He helps the colonists navigate their way through the New World.

Wanchese is also a young, indigenous male actor. The last known ruler of the Roanoke American Indian tribe, Wanchese breaks from the colonists when they incite tribal violence.

American Indians of all ages including powwow dancers — fancy, grass, tradition and jingle — and hoop dancers are needed for the ensemble. Individuals of America Indian decent with experience playing powwow drums and hand drums are also needed for the drummer roles.

Regalia will be provided for selected dancers. Nonsingers and dancers are encouraged to apply. Positions are available for areas such as stage management, costume, carpentry, props and audio departments.

“A lot of our people are excited and honored to be able to take a stage for the longest-running outdoor drama in the United States,” Littleturtle said. “For years and years, and years and years and years, that stage was empty of native people yet a native story was being told. Now for the first time because of this partnership and the overwhelming support of ‘The Lost Colony’ and the collaboration of the tribe, we’re able to fill that gap.”