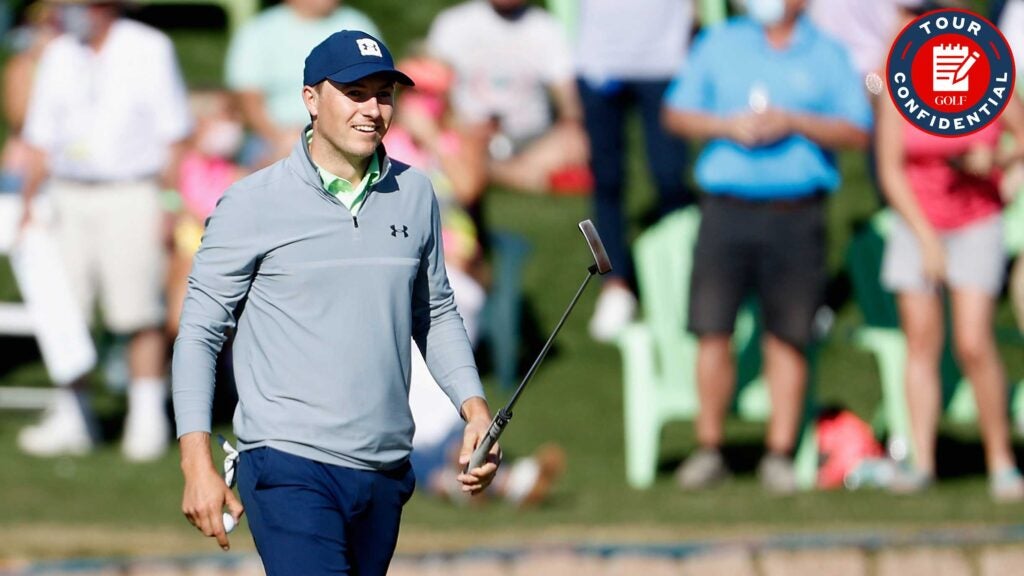 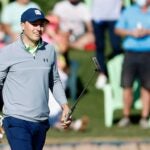 Jordan Spieth had the golf world on the edge of its seat this weekend.

Check in every week for the unfiltered opinions of our writers and editors as they break down the hottest topics in the sport, and join the conversation by tweeting us @golf_com. This week, we discuss Jordan Spieth’s polarizing weekend, Dustin Johnson’s victory overseas and the rekindled distance debate.

Jordan Spieth, winless since 2017, showed signs of his old world-beating self at the Waste Management Phoenix Open, firing a third-round 61 that propelled him into a tie for the 54-hole lead and jolted his sizable fanbase. But Sunday was a decidedly different story. On a much tougher setup, Spieth made just two birdies, rinsed two tee shots in the last four holes and shot a one-over 72 that left him in a tie for 4th, two shots behind winner Brooks Koepka. What’s the primary takeaway from Spieth’s roller-coaster weekend?

Sean Zak, senior editor (@sean_zak): That the Saturday Scaries could be over. That was his weird bugaboo in 2020: performing on Saturdays. That 10-birdie show this week was one helluva Saturday. Now come the Sunday Scaries. They’re even more treacherous.

Michael Bamberger, senior writer: That he’s a work-in-progress, that he’s getting better, and that his game, in good times in bad, always had a smoke-and-mirrors quality to it.

Josh Berhow, managing editor (@Josh_Berhow): That the battle rages on. This inconsistent play might be our norm going forward. The bad days could be bad. The good days (Saturday) could be really good. But I still wasn’t sold on Saturday as a turning point. He struggled off the tee and made some monster putts late. The biggest takeaway though is that the golf world wants him back and in the mix more than ever. Reminds me of Tiger a few years ago. It didn’t work out on Sunday but it’s fun to see Jordan Spieth contend like that again. He makes pro golf significantly better.

Josh Sens, senior writer (@joshsens): A big step in the right direction, for sure. It wasn’t surprising to see him falter today. As hard as it is to back up a super-low round, it’s even tougher to do it when you haven’t in the heat for a while. This counts as big progress. That’s the takeaway.

Brooks! With a dramatic chip-in for eagle on the 17th hole, Koepka locked up his eighth PGA Tour title but first since July 2019. Koepka fought hip and knee injuries in 2020, but earlier this week said he has a clean bill of health. What does this early-season win portend for his 2021?

Berhow: One of the three most confident players in the game is now that much more confident, which is not good for the rest of the PGA Tour. I loved how he did it, too. No one seemed to want to win this thing, so that killer instinct took over. If he’s actually healthy he could go on a run. Nice timing too!

Sens: Confidence. You said it, Josh. But also hungry to start racking up wins  again. And not just majors.

Bamberger: Well, broadly speaking, Koepka is like Woods: when he’s healthy, or close to healthy, is so good he’s going to be around the lead, and of those times he’s going to win some of them.

Meanwhile, in Saudi Arabia, world No. 1 Dustin Johnson won on Sunday for the fifth time in the last eight months. In terms of form and confidence, is any player even close to DJ right now?

Zak: Nope! DJ won with his B-game. And by two. That should scare the hell outta Rory McIlroy, Jon Rahm, Justin Thomas and the other Favorites Wherever They Play. DJ returns to Augusta in just seven weeks.

Berhow: Form? No chance. Confidence? Maybe Brooks, like I said above. But Dustin is just cruising right now.

Sens: Looking forward to seeing DJ and Brooks in the same field again, both in good form. It’s been a while.

Bamberger: I don’t think there’s even a close second. A distant second might be Collin Morikawa and, in certain conditions, Bryson.

With the latest update to their Distance Insight Project, the USGA and R&A this week revealed more specifics about how they might rein in distance. Among the potential tactics: modifying how manufacturers test equipment; changing legal equipment specs; limiting the maximum length of clubs to 46 inches; and letting competition committees implement specific equipment standards that would “result in shorter hitting distances.” What is the most significant signal from this briefing?

Zak: That the governing bodies intend to take a long look at the golf ball. Limiting driver lengths wasn’t that much of an issue. No one was really using 48-inch drivers yet. The golf ball spin rates and launch conditions will seemingly put a proverbial ceiling on that piece of equipment. It’s a big deal, even if it leads to slight bifurcation between the professional ranks and us amateurs.

Berhow: That things are getting serious. Distance has been a major topic in golf forevvveeeerrrr, and like it, hate it, indifferent or bored with it, steps are finally being taken to move the discussion even further ahead. Who knows what will come of it — there are endless layers to this topic — but wheels are turning.

Sens: The most intriguing is the prospect of specific tournaments setting equipment limits. We will see one of those events before long. Maybe not on Tour. But what about a lower wattage pro event that wants to make a name for itself? A branding exercise that doubles as a potential template.

Bamberger: Unless the PGA Tour signs on to this, it doesn’t mean much. If the Tour adopts what Rory was talking about — make golf fun for us and hard for them — then anything can happen. I’m sure that has something to do with why he wants to enter Tour politics.

Many players have voiced their concerns about the emphasis on curbing distance, chief among them Rory McIlroy, who this week called the governing bodies’ research “a huge waste of time and money.” Said McIlroy: “What they’re trying to do is change something that pertains to 0.1 percent of the golfing community — 99.9 percent of the people who play this game play for enjoyment, for entertainment. They don’t need to be told what ball or clubs to use. We have to make the game as easy and approachable as possible for the majority of golfers.” Is Rory right?

Berhow: The study and research and time that went into this is important. Facts matter. And it’s good to see how the game evolves. Hardly a waste of money or time. I do agree with him that the game has other issues to address as well, but that doesn’t mean the USGA and R&A should give distance or any other relevant topics the cold shoulder. That would be irresponsible.

Zak: I was seriously disappointed in Rory’s knee-jerk perspective. It surprised me. The USGA is not ruining the game for amateurs with this study. The R&A is not focused solely on professionals. They are simply trying to make sure that some of the pillars this game sits on — centuries-old courses and using all the clubs in the bag — are not bastardized and made extinct by extreme advancements in technology. If slight bifurcation is the answer that keeps Bryson occasionally using a 4-iron at St. Andrews, it would be a great success.

Bamberger: Oh, I got ahead of things here — yes, he makes good sense, to a point. All recreational golf, as well as club golf and after-work leagues and all the rest need rules and regulations. But we should play lost ball. drop one where you think you lost it, add a shot. The Tour can do it some other way.

All of our market picks are independently selected and curated by the editorial team. If you buy a linked product, GOLF.COM may earn a fee. Pricing may vary.

If you’re a 15-handicapper who plays 12 rounds a year and have only casually been following the distance developments, what’s the one thing you should know about how this is likely to all play out?

Zak: That this pertains to the best players in the world, not you. And that’s okay!

Berhow: Nothing. Go play some golf.

Sens: No one is coming after you for hitting it too far.