QBs will go high in the draft next month. How many will say bye in a year or two? 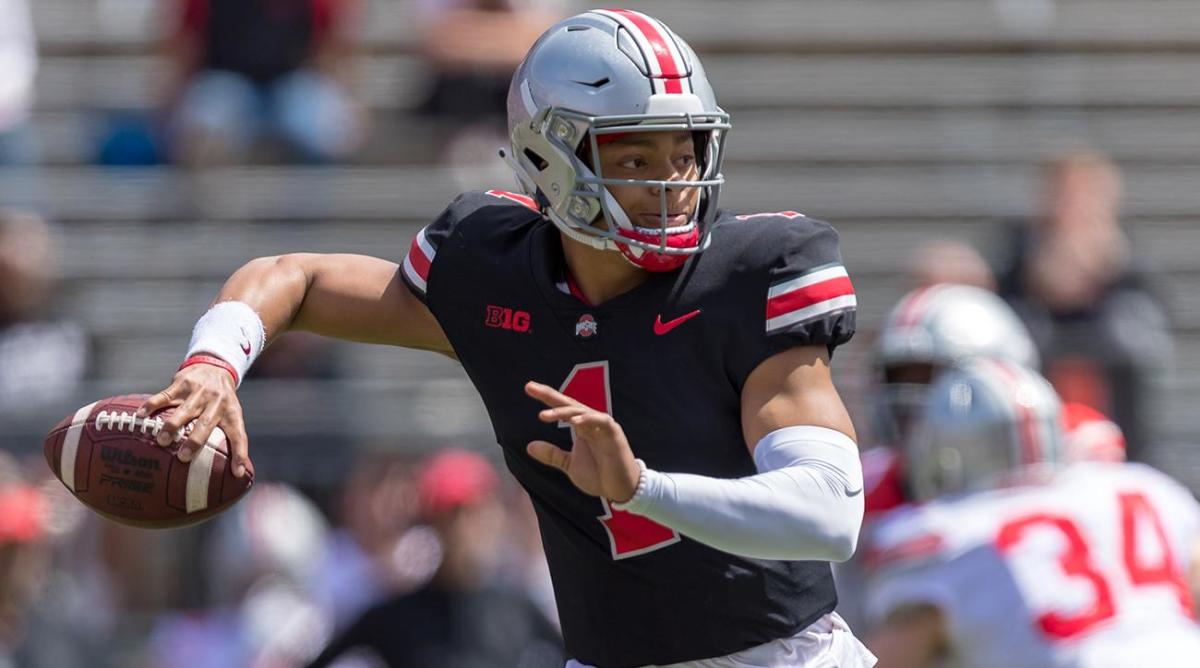 The problem with drafting quarterbacks is that it is a more inexact science than weather forecasting on the local news.

For all the pre-draft hype each year about college quarterbacks who will change the fortunes of a pro franchise, most of the highly drafted young men are just not good enough to do it. Yet every year teams overreach and overpay, and scouts begin to advance the untapped potential of college quarterbacks considered not that much more than borderline talents a year or two earlier. It is a mistake repeated again and again — because if you don’t have a quarterback, as my old coaching friend from West Texas, Dave McGinnis, used to put it, “you’re just playin’ rugby!”

For that to happen it would require some trading and the kind of boarding house reach usually effective only at the dinner table. Yet Kiper goes even farther and suggests a fifth, Alabama’s Mac Jones, might very well also become a first-round selection by someone like the quarterback-challenged New England Patriots.

Jones was an exceptional college quarterback on a great team whose receivers were about 10 yards behind defenders every Saturday for most of their careers, thus making evaluating his accuracy unusually difficult. Yet one truth about Alabama quarterbacks remains: The last great pro to come out of Tuscaloosa was Ken Stabler. He was drafted in 1968. That’s 53 years between top-shelf pro quarterbacks emerging from ‘Bama.

A look back at the last six drafts as an unscientific measuring stick of the perils of drafting quarterbacks reveals some interesting facts. Taking the top five quarterbacks drafted each year from 2015-20 we find the following: One Super Bowl MVP, three Super Bowl appearances (four, if you want to count Carson Wentz, who actually wasn’t healthy enough to play at the end of the 2017 season or in any of the Eagles’ post-season games on the way to a Super Bowl win that year), nine winning records as starters, 14 losing records as starters and seven quarterbacks with no discernible records at all, having made no impact on their teams. Not even analytics can save those seven guys, although I’ll bet the spin rate on their passes is something to behold.

What we also find is that of the top 30 quarterbacks drafted between 2015-20 (again meaning the first five selected in each year of the past six drafts), 16 are no longer on the teams that drafted them. That includes a remarkable five who were taken as either the No. 1 overall pick in the draft (Jameis Winston, Jared Goff) or the No. 2 overall pick (Wentz, Marcus Mariota and Mitchell Trubisky).

In other words, 46.6 per cent of the top-five quarterbacks taken in each of the last six seasons failed to produce an overall winning record, and 53 per cent are no longer on the teams that drafted them. Worse, a few are no longer in football (Christian Hackenberg we hardly knew ye!), and several others have been on three or more teams (Jacoby Brissett, Josh Rosen, Davis Webb, DeShone Kizer, Sean Mannion, Garrett Grayson).

Rosen is a good example of the perils of reaching for a quarterback early in the draft. Although the best he had done in college was to be named second team all-conference in the PAC-12 while at UCLA, Arizona took him with the 10th pick in the 2018 draft. His play was so underwhelming he inspired the Cardinals to try it again in 2019 … and they drafted Kyler Murray with the overall No. 1 pick. To a degree, you could argue he did impact his team because he played so poorly they traded him to the Dolphins and took Murray a year later.

So it was on to Miami where Rosen managed to do it again. His play was so uninspiring the Dolphins drafted Alabama’s Tua Tagovailoa with the fifth pick in the very next draft … and Tua HAD A DISLOCATED HIP AT THE TIME. Rosen was then released and signed with Tampa Bay’s practice squad before moving on to the 49ers, where he now resides somewhat perilously.

How can teams invest the kind of money and manpower into scouting that they do and be this far wrong on a guy?

Easy, which is the problem.

How, for example, did the Bears conclude they were better off drafting Trubisky ahead of the Chiefs’ Patrick Mahomes or Houston’s Deshaun Watson, who were drafted eight and 10 slots behind him?

Trubisky is a cautionary tale in that Chicago finally gave up on him this offseason despite the fact that he is 29-21 as a starter, 25-13 since Matt Nagy took over as head coach, made the Pro Bowl in 2018 and led his team to the playoffs twice, losing both times.

Interestingly, many teams were interested in trading for Watson after he announced he would not play for the Texans next year despite signing a five-year contract extension six months ago that will pay him over $150 million. This despite the fact Watson led his team to victory 28 times in 53 starts, which is one win less than Trubisky produced in Chicago in two fewer starts.

Certainly, Watson has been the more dynamic player, but in the end a quarterback’s job is to win, and Watson hasn’t done much more of that than Trubisky. Yet he was seen as a player with far more potential until 16 sexual assault lawsuits were filed against him in civil court by 24 women — with the threat of more to come. Watson’s lawyer has denied the claims, and he remains innocent until proven guilty, but the odds of a team trading for him now are less than the five quarterbacks whom Kiper says may go in the first round next month all succeeding in the manner the team that drafts them hopes.

Perhaps this year will be different. Maybe Trevor Lawrence, Zach Wilson, Justin Fields, Trey Lance and Mac Jones will all lead their teams out of the pro football wilderness. But no matter what they say about these guys in the next month, the only sure thing is this: The odds are against it.