The problem here is clear: Prescription drug prices just keep going up. Prices for the medications we need to keep ourselves and our family members healthy, and often to save our lives, have increased 33 percent since 2014. They’re rising faster than other medical services, including inpatient hospital care, and the problem has only gotten worse during the pandemic. In the past year, drug companies have actually increased prices on 245 medications, including lifesaving cancer drugs and — I kid you not — some medications that are being used to treat covid-19, the disease caused by the coronavirus.

There is no question that pharmaceutical companies — and partnerships between them and our government — play a critical role in developing life-saving medications for Virginians and Americans, including critical coronavirus vaccines. But there is also no question that for decades, this industry has been ripe with unnecessary middlemen, rampant profiteering and secret backdoor deals, and that these corporations’ bottom line comes first.

Enough is enough. On Thursday, I released my Prescription For a Healthier Virginia with a bold, aggressive plan to take on this rigged, predatory system. Virginians deserve transparency in drug pricing, accountability from these corporations and their executives, and the peace of mind that they won’t be forced to choose between taking their medications and feeding their families.

I want to protect consumers from price gouging by establishing a prescription drug accountability division within the State Corporation Commission, a state agency with real teeth that already regulates the insurance industry. It would intervene and set limits for drug prices, make manufacturers defend attempted price increases and keep high-cost drugs affordable. I will also further regulate pharmacy benefit managers — the mysterious industry middlemen that live and profit between insurers and pharmacies — and revoke their licenses to operate in Virginia if we catch them engaging in predatory practices.

For too long, pharmaceutical price increases have thrived in the dark. Between drug companies and middlemen, secret negotiations, rebates and discounts and just plain greed, it can be impossible to tell what is behind a medication’s price. If elected, I will pass a prescription drug price sunlight law that gives Virginians clear information about the cost of their drugs and the real reason for any price increase. We’re going to shine a bright light on these companies’ pricing practices. If they aren’t preying on Virginians, they should have nothing to hide. Virginia should have the lowest possible drug prices, and we’re not going to leave a single dollar on the table. We’ll pool our purchasing power at the state level to maximize our negotiating power and look at creating multistate purchasing pools. We’ll explore bulk-purchasing options to lower consumer costs, especially for costly drugs and treatments, and institute a pharmacy benefit carve-out model for Virginia’s Medicaid program that will save our state tens of millions of dollars. And I will call on the Biden administration to give Virginia approval to import select drugs from Canada, where consumers pay about one-third of the drug costs we do.

I’m not afraid of a tough fight. As Virginia’s 72nd governor, I fought tirelessly against a radical Republican legislature that refused to expand Medicaid under Obamacare (you’ll have to ask them why they thought 400,000 Virginians didn’t deserve health care). In the face of their relentless obstruction, we still extended health-care coverage to thousands of Virginians through my Healthy Virginia Plan, and we laid the groundwork for the successful passage of Medicaid expansion a few years later.

Standing up to these pharmaceutical corporations and delivering real price transparency and accountability for Virginians is going to take big, bold leadership. But mark my words: We’re going to get it done, and Virginia will lead the nation in putting our citizens first. 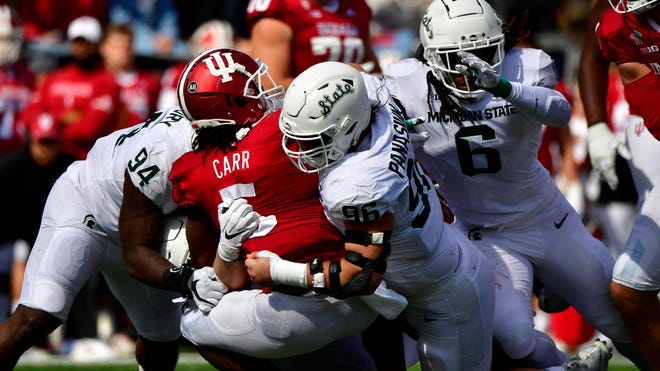