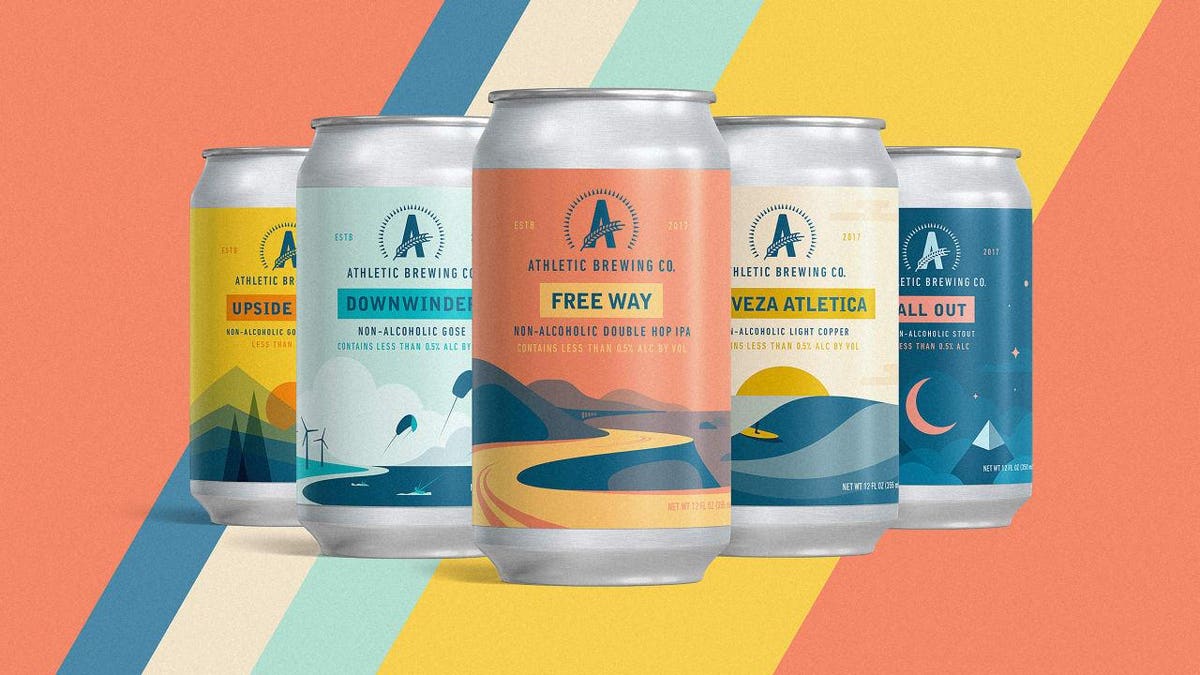 Even before the global pandemic upended our societies and brought people’s health to the forefront of conversation, there was a trend towards healthier living underway. Workout equipment sales were booming, food companies were adding healthy options to their offerings, and social media feeds brimmed with advertisements touting the newest fitness trend.

That wellness-focused mindset was also being felt in the beer industry as non-alcoholic (NA) alcohol beer sales were expanding.

Popular for decades in Europe and the Middle East, NA beer has seen significant growth in the United States over the last few years as more people, especially millennials, embrace a “sober curious” lifestyle. According to Nielsen, NA beer sales were up 39% in 2019 and were tracking to finish 2020 up 38% at $184 million. While their market share in the segment is still small, just .37% of the total beer dollar sales in grocery, convenience, liquor, and other chain stores tracked by IRI data, it is growing in an industry that has been flat to down for the last few years.

While the large multi-national brewers have been increasing their NA Beer offerings-Heineken 0.0, Peroni Libra, Guinness Zero, Budweiser Zero-to stand alongside their established offerings—O’Doul’s, Sharp’s, Becks Non-Alcoholic, Busch NA- one of the more exciting developments has been in the craft beer market.

As a movement founded on an ethos of challenging the established norms and daring to create products that refused to toe the line, craft brewing has relished in its role as the rebellious child of the alcohol industry. Launched in the late seventies, it acted as a populist lightning rod offering innovative new styles, flavors, and alcohol levels that are nowadays established parts of the beer industry. So, their entry into the NA segment very well could be the proverbial canary in the coal mine moment, one that heralds a trend.

As the creator of the most popular craft beer on the market, Blue Moon, brewer Dr. Keith Villa could have rested on his laurels when he retired from MillerCoors Brewing company in 2017 after a thirty-two-year career there. Instead, he decided to jump into the cannabis market and created the first cannabis-infused beer company, CERIA Brewing, in the United States. Demand has been strong but constrained by his market. He can only sell in Colorado, where the brewery is right now. So he looked for other opportunities. That’s when he decided to sell the NA beer he uses separately due to consumer demand. “It is not easy to make a full-flavored non-alcoholic beer. It takes skill. I decided to make two beers, one that tastes exactly like a Belgium white and another that perfectly replicated an IPA. We had customers coming to us begging for us to package it for sales. Consumers are looking for healthy alternatives that won’t make them sacrifice their enjoyment. We created a separate company and now are selling our beer across the nation on Amazon
.”

That feeling is one shared by Jim Koch, the founder of Sam Adams. For years, he vowed that his company would never enter the NA beer market, but he unveiled a new offering from his company, a NA beer, during a recent video conference. In describing his change of heart, he talked about how Sam Adams has been a leading innovator in the industry for decades and how this new trend is one they wanted to partake in. “Let’s do something that is really cool that no one has done before and deliver an amazing, great-tasting product, and we’ll see if anybody goes out to drink it. You never know. I just don’t know how big it’s going to get.”

All of this is against the backdrop of the healthy growth of Athletic Brewing; a brewer only focused on NA beer. Founded in 2017 by Bill Shufelt, a former hedge fund trader, the company recently announced the closing of a $17.5 million Series B funding round that brings its total capital to more than $20 million. Capitalizing on the ability to lean into e-commerce due to the fewer restrictions surrounding NA beer, they have quickly inserted themselves into the market and generated interest. Recently they announced a slate of celebrity investors-Lance Armstrong, Chef David Chang, TOMS founder Blake Mycoskie, and NFL players JJ Watt and Justin Tuck. In anticipation of their exponential growth continuing, they recently added 125,000 barrels of capacity to their new San Diego facility.

While these three are grabbing headlines, numerous other craft brewers are creating full-flavored offerings for their customers. Stouts, IPA’s, porter’s, and lager offerings abound, beers unheard of just a few short years ago. They are brewed with the same exploratory attitude that has helped the craft beer industry thrive for so many decades. As events like Dry January and Sober October gather momentum and people continue to look for low alcohol offerings, the chances are good that you will only see more packages of NA beer on the shelves of your local establishment soon.