MercadoLibre vs. Sea Limited: Which Has More Room for Growth? 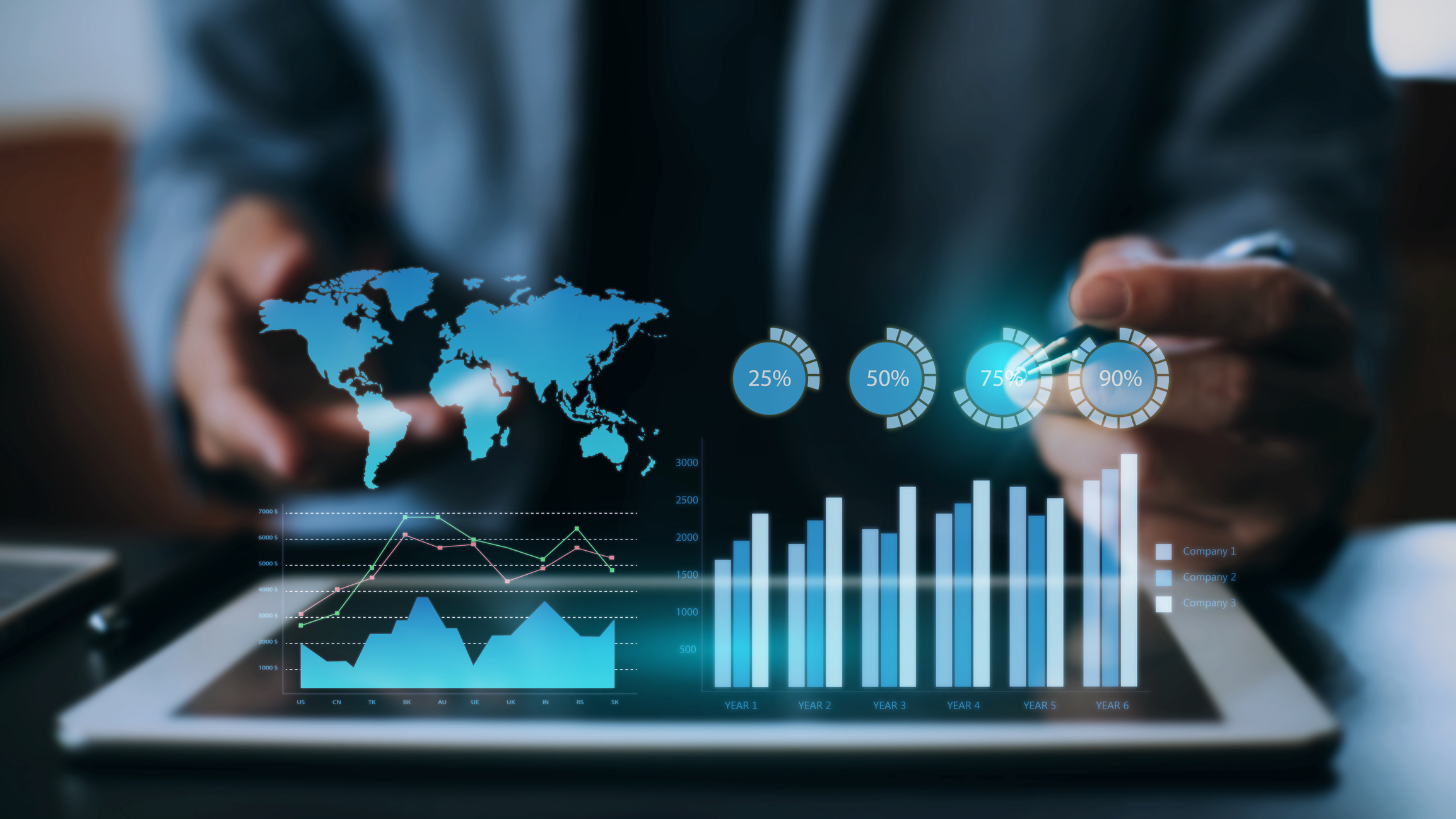 When looking at growth stocks, an important consideration is the size of the potential markets. Both MercadoLibre (NASDAQ:MELI) and Sea Limited are service regions of the world that have huge populations, improving internet penetrations, and a healthy and growing GDP (Gross Domestic Product). But does one have a bigger opportunity? On a Fool Live episode recorded on March 12, Fool contributors Brian Stoffel and Brian Withers dive into the details for each region and come out with a clear winner.

Brian Withers: We’re going to move on to market opportunity. Sometimes companies report what they call total addressable market. I love to call this a fuzzy number. It’s often a projection from a consulting company based on a set of assumptions or facts, and what the total annual revenue could be if a company captured 100% of every market opportunity. For these two regional e-commerce and more plays, I think it makes sense to look at the regions, their population, and the potential to create e-commerce customers and others. Brian, you want to start with MercadoLibre?

Brian Stoffel: MercadoLibre, to start with, they’ve only got three countries that they focus on a ton, but there’s a lot of room for growth and I’ll show in a minute. But first, just looking at the GDP of Latin America and the Caribbean in general, you’ll see that it’s experiencing incredible growth, especially since around 2003 to up here in 2014 now, it fell like everyone else did recently. But we’re in the ballpark of about $6 trillion. Now, to put that in perspective, I believe the U.S is about $20 trillion, at least normalized. I’m not sure how the past year might have changed that. It’s about a third of what the United States is. But it’s no slouch, either. I think it’s important to point out that what you have to keep in mind is the potential for growth as well. Can you see how that switched, Brian?

Stoffel: Great. Internet penetration in South America, it’s at about 72%, Central America, Mexico. You’ll remember that Mexico is one of their big markets; it’s about two-thirds. The Caribbean, which they don’t have much of a presence in, is about 60%. So there’s room for growth there.

Mercado Pago is not available in any of these places at the bottom yet. Mercado Envios isn’t available at any of these plus Peru yet. Mercado Credito is not available in any of them except for Mexico, Brazil, Argentina so far. I think the company doesn’t break out absolute numbers in terms of what the market opportunity is, but you’ve got about 650 million people, which I believe is roughly similar to Sea Limited’s population. You have got an economy that I’m guessing and, Brian, you will be able to tell me in terms of GDP, is probably lower than where Sea Limited is.

But you’ve got enormous potential for growth and you’ve got them having a lot of room to expand. There was talk about Amazon and Walmart eating their lunch in Mexico, especially when you look at what MercadoLibre has been able to do in Mexico when Amazon is just North of the border. It’s impressive. If they’re able to fend off Amazon on that front right there, I feel like I’m going to eat my words when the start-up comes in and catches them, but they’ve got a lot of room to play and they’ve been making serious inroads in Chile over the last two years as well. I think that there’s a tremendous opportunity.

Withers: Awesome. Nice way to lay that out, Brian. Yeah, I’m going to cover similar points. Let me pop up a map here. These are the countries that Sea Limited services. It’s these six South-Eastern Asian countries and Taiwan. What’s interesting is, if you wonder what this globe is with the six different colors. Each of those different colors represents one of the different countries in the Southeast Asian region that they serve. Its population is similar to Latin America, at about 585 million. Internet penetration is a little higher. The internet, this is like online, GMV is gross merchandise value. The value in 2020 of goods sold over the Internet was about $100 billion. There’s a significant growth in the region that it’s going to triple over the next few years.

Surprisingly, this is an amazing number to me — 59% of purchase value for 2020 was done in cash. Now transactions, it’s a lower percentage. That says that actually there’s still a lot of large purchases that are done in cash, but only three percent in mobile wallet.

Stoffel: I stand corrected on this next one.

Withers: I was very surprised, because not only is the GDP a little lower than Latin America; the GDP per capita in Latin America is actually higher. Now, there are some countries that are significantly higher. Certainly Malaysia, GDP per capita in Malaysia is very high, but overall it’s slightly lower. About 85% of the company’s revenue comes from three countries — Taiwan, Vietnam, and Thailand.

This one I’m really excited about. When you look at financial services opportunity you’re in and the payments business for Sea Limited is its smallest business from a revenue perspective right now. But looking at this, it’s huge. You look at the bank population. Taiwan is pretty good, but Vietnam is only 35%; Philippines is only 35%. Credit card penetration in some of these countries is still in the single digits. Debit card is a third, a little more than a quarter here. Overall, this is total Southeast Asia down at the bottom, less than 50% of the people in the countries have a bank account. Less than 20% have a credit card; less than 45% have a debit card. Then there’s the cash transactions; here’s a percentage of total of 65%. Tremendous opportunity for a payment system and a payment solution that’s widely accepted.

I thought this was really interesting that this came out of their filing to go public. They view themselves having three markets. These bolded countries, Taiwan, Thailand, and Vietnam are their largest revenue. They’re not just in the highest-income markets, which is interesting to me. They’re able to serve all the different tiers of markets in the region, which is, I think, very positive.

They actually published a total addressable market in their filing to go public and they split it out by division. Online gaming, and this is just in the Southeast Asia region, was nine. E-commerce was one of the largest, at 100. You can see the wallet perspective. TTM is trailing-12-month revenue. So you can see their wallet as their smallest piece and then they have a teeny fraction of a percent of share. This is what you’d like to see — whether or not you believe these numbers and whether or not they’re super accurate, they’re directionally correct, and the amount of market that Sea Limited has is very small compared to the opportunity.

Stoffel: But I’ll tell you what, Brian, I’m going to switch it up on you here.

Withers: You are going to change your mind?

Stoffel: I am. You changed my mind. Fools, I was going to say that I thought MercadoLibre’s opportunity was bigger. I will say this — they have a huge advantage in that their payment solution is widely accepted, and SeaMoney is just getting started. But Brian, after seeing your presentation, I am going to flip the switch. I think Sea Limited has the larger opportunity, although I think they’re both pretty huge.

Withers: Yeah. That’s where I landed, too. I love MercadoLibre a lot, and I love the maturity of their business. Looking at the GDPs and the percentage of penetration that Sea Limited is, I’m giving the edge to Sea limited. They also have a little wild card that they could go with, too. Today, their biggest gain is Free Fire, and that is available in over 130 markets today.

Southeast Asia is a little bit ahead on technology adoption and internet, and certainly growing faster, and certainly growing at a great clip. Potentially, Sea Limited has an opportunity to expand beyond the Southeast Asian region and in fact, its Garena division it started in Brazil. Although it’s super tiny, that just shows you that their ability to go beyond what their region is.

That’s great. I think that was a great summary of the opportunity for both of these companies, and regardless of how you may vote, you may think we’re a little bit different. I think investors should be able to sleep soundly knowing that these companies have a tremendous room to run on their respective markets.

This article represents the opinion of the writer, who may disagree with the “official” recommendation position of a Motley Fool premium advisory service. We’re motley! Questioning an investing thesis — even one of our own — helps us all think critically about investing and make decisions that help us become smarter, happier, and richer.