From ‘fog of war’ to focused response

Kate Conner was just a week into her new job as the senior director of strategic development for Food Well Alliance when the 10-person staff switched to working remotely. “We didn’t know what was going on,” she said. “Were farmers going to be able to sell their products? Were farmers markets going to be canceled?”

The organization doubled down, focusing its efforts to “keep growers growing,” said Conner, who recently was named executive director. 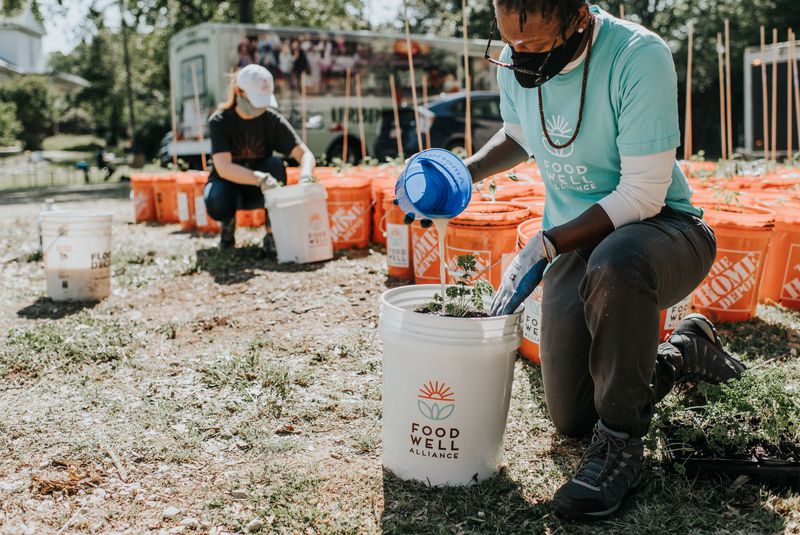 “I think we were all operating in a fog of war in the first month, trying to understand more about the virus and how to operate safely,” said Waide of Atlanta Community Food Bank, which has a staff of nearly 170 employees, along with a network of more than 600 partner organizations.

“We really had to hone in on a core set of operating priorities every day, and be a lot simpler in the way we were getting food out to the community, to make it a more streamlined process,” he said. “It was a learning process, complicated, filled with starts and stops.”

When the pandemic hit, “so many of our farmers that had restaurant sales were the ones impacted the most,” Georgia Organics’ Rolls said.

The organization focused its efforts on helping farmers find marketplaces for their harvest, while also informing consumers about how to access healthy food. During the pandemic, direct-to-customer sites have been a boon for farmers, who peddled their products via online portals such as Barn2Door, which saw an uptick in usage of 200% to 400% at various periods during 2020, Rolls said.

It was tough for the organization not to be able to respond to every cry for help, and even to turn away a $1 million gift that stipulated dispersing it in small amounts to hundreds of laid-off workers. “We knew we didn’t have the capacity for that,” Schroeder said. “By saying no, and focusing on where we can have an impact, a higher percent of those asking for help qualified.”

The addition of Spanish language services has enabled Giving Kitchen to serve a wider clientele. And, it recently added substance-abuse recovery assistance for food service workers who have undergone inpatient treatment and need help with the cost of living.

“The client is emerging as the focus of our program,” Schroeder said, with Giving Kitchen focusing on homelessness prevention, disaster services, and preventing utilities from being cut off.

‘The year that customers stepped up’

The leaders of these nonprofits noted that their organizations could not have made an impact without community support.

More than 5,000 individuals made their first donation to Giving Kitchen in 2020.

“Who is in restaurants more than anyone else? It’s customers,” Schroeder said. “This is the year that customers stepped up.”

Georgia Organics put money in farmers’ pockets, while providing food to unemployed restaurant workers through its Food Fight GA program. Over the course of 30 weeks, the program provided nearly 7,000 boxes filled with produce from 17 different farms to restaurant workers impacted by pandemic-related closures. Seed funding was provided by Jamestown Charitable Foundation, the Blank Foundation and the Wilbur & Hilda Glenn Family Foundation, among others. But, Rolls noted, there were plenty of individual contributors whose dollars made a difference.

“The community has supported us really generously, and that has allowed us to be aggressive in our response efforts,” Waide said. “We saw very strong fundraising all through the end of the year. And, we’re going to need continued support.” 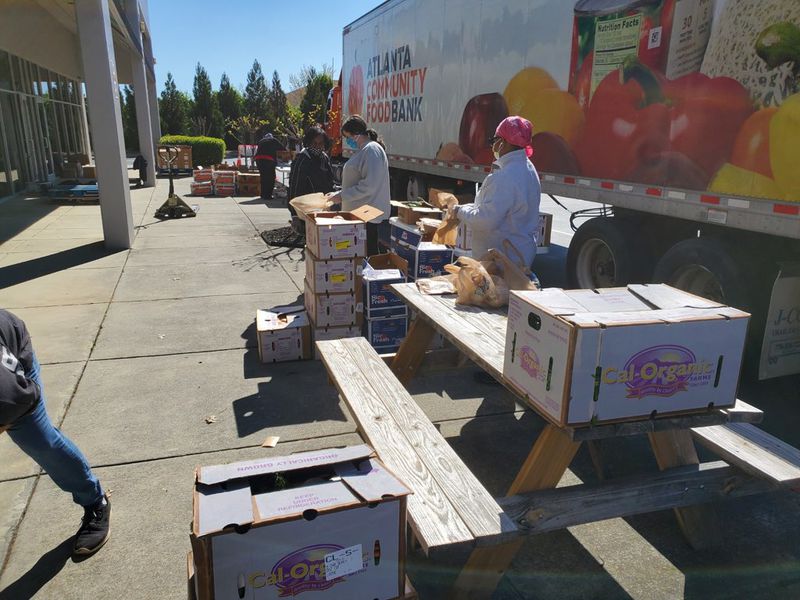 ExploreQuarantine Life: The words that shaped the way we ate in 2020

‘This is far from over’

According to statistics provided by Atlanta Community Food Bank, the percentage of people in Georgia who are food-insecure has increased from 13% to 16% during the pandemic (it rose nationally from 12% to 20%), and from 16% to 23% among children in the state.

“So many families have been impacted by the financial cost of this pandemic,” Waide said. “Folks who were already food-insecure are more vulnerable today than before. And, there is a large number of people now experiencing food insecurity for the first time in their lives. This is far from over.”

The organization is spending $1 million per month on food purchases, with overall expenses up 50% compared with a year earlier.

The leaders of these nonprofits hope people will continue to open their pocketbooks, and they have entered 2021 with purpose and conviction.

Giving Kitchen recently unveiled a five-year strategic plan that will enable it to serve 16,500 clients annually by 2026. By that date, it expects to have a presence in at least five Southern states, beginning with a field office in Nashville later this year.

Georgia Organics will continue to support organic farmers and grow the marketplace for those goods. “They don’t get the support that big farms get,” Rolls said, in reference to government subsidies.

“Our biggest goal is to get a lot of food in the ground this spring,” Food Well Alliance’s Conner said, “and do whatever we need to do to bring that food to the community.”

An overlooked source of sustainable protein for health