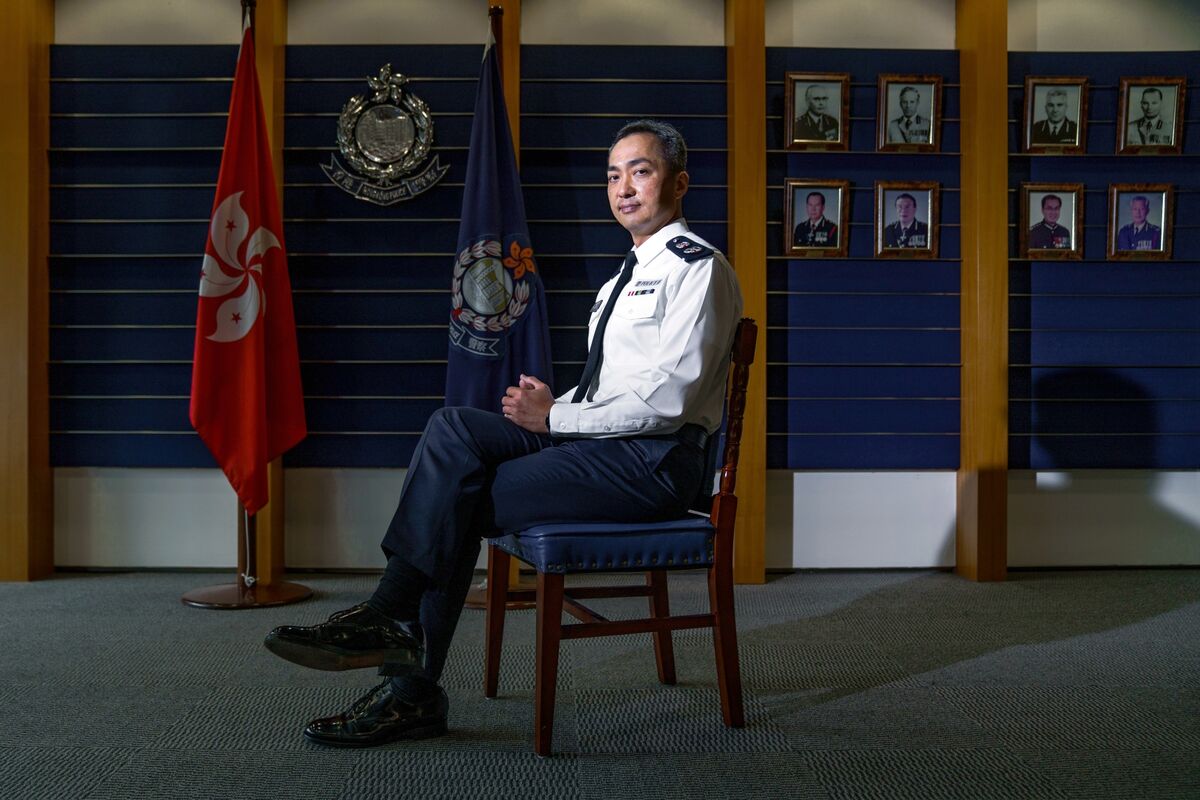 Sign up for Next China, a weekly email on where the nation stands now and where it’s going next.

For Hong Kong residents wondering what sort of behavior might breach the Beijing-imposed national security law, one of the city’s top police officers says it’s the wrong question to ask.

“Do not tempt the law — it’s simple,” Oscar Kwok, the Hong Kong Police Force’s deputy commissioner for management, said in an interview with Bloomberg Television.

“A healthy attitude is to say, ‘How can I be a responsible citizen and just make sure that I contribute to the overall harmony and peace and security of this place,’ rather than say ‘Hmm, let me see how far I can push this envelope, so that I can almost touch the red line, but you can’t touch me,’” Kwok said. “This isn’t how we want to police Hong Kong.”

The security law, put into place after sometimes-violent pro-democracy protests that rocked the city in 2019, prohibits subversion, secession, terrorism and foreign collusion. But lawyers and Western governments have criticized the law’s vague provisions as a tool for Hong Kong authorities to jail activists and opposition lawmakers for normal political activities, as well as students for posting comments online.

In a wide-ranging interview, Kwok defended the Hong Kong Police Force, saying the arrests were necessary because the city faces pressing national security threats, including from the U.S. The Biden administration has tightened sanctions on mainland and Hong Kong officials on allegations they undermined the former British colony’s autonomy — as promised ahead of the 1997 handover.

“There are countries on Earth whose basic DNA is aggressive,” he said. “I’m talking about the United States. And I think it’s also clearly stated what their intent is, OK? To suppress the development of China. It’s an open secret.”

China this week increased its control over Hong Kong’s elections, passing sweeping amendments that give Beijing the right to veto any candidates it deems disloyal to Beijing. The new order gives police a role in vetting the candidates to see if they pose a national security threat.

“I’m not in charge of that, but I would say you only need to look at how all countries on earth conduct national security, intelligence and vetting,” Kwok said when asked what criteria the police would use to vet candidates. “How different can it be?”

Throughout the protests, Hong Kong’s police faced numerous accusations from Western politicians and human-rights groups of using excessive force against protesters, including firing off thousands of cannisters of tear gas in one of the world’s densest cities. The police have defended those tactics as a justified response to violence deployed by protesters who threw bricks and petrol bombs at riot cops throughout the unrest.

More recently, as hundreds of arrested protesters go on trial, officers have faced criticism from judges for testimony that has sometimes been contradicted by video evidence. In one case, a local magistrate criticized two police officers for “unreasonable, illogical” testimony, saying the “officers seem to be describing a situation from another time and space.” Kwok said he takes their criticism seriously, although he said comments often “don’t tell the whole story,” and that each accusation is followed up.

“Every time that any such comments come our way we look for ways to make sure that our officers are better prepared in court, that their testimony actually matches the reality — the facts that actually happened — and they’re able to convey that accurately to the court,” he said. “In many instances, it was perhaps inexperience, nerves or rather clever tricks conducted by the defense lawyer.”

By the end of 2019, public satisfaction with the police had plummeted to the lowest since China took control of Hong Kong. Kwok acknowledged that following the protests, police recruitment has suffered, and that his officers are working to restore faith in the police.

“There is a trust deficit,” he said. “We’re aware of it and we are very determined that we take some measures to repair this.”

— With assistance by Katria Alampay, Biyun Song, and Adrian Wong

Before it’s here, it’s on the Bloomberg Terminal.