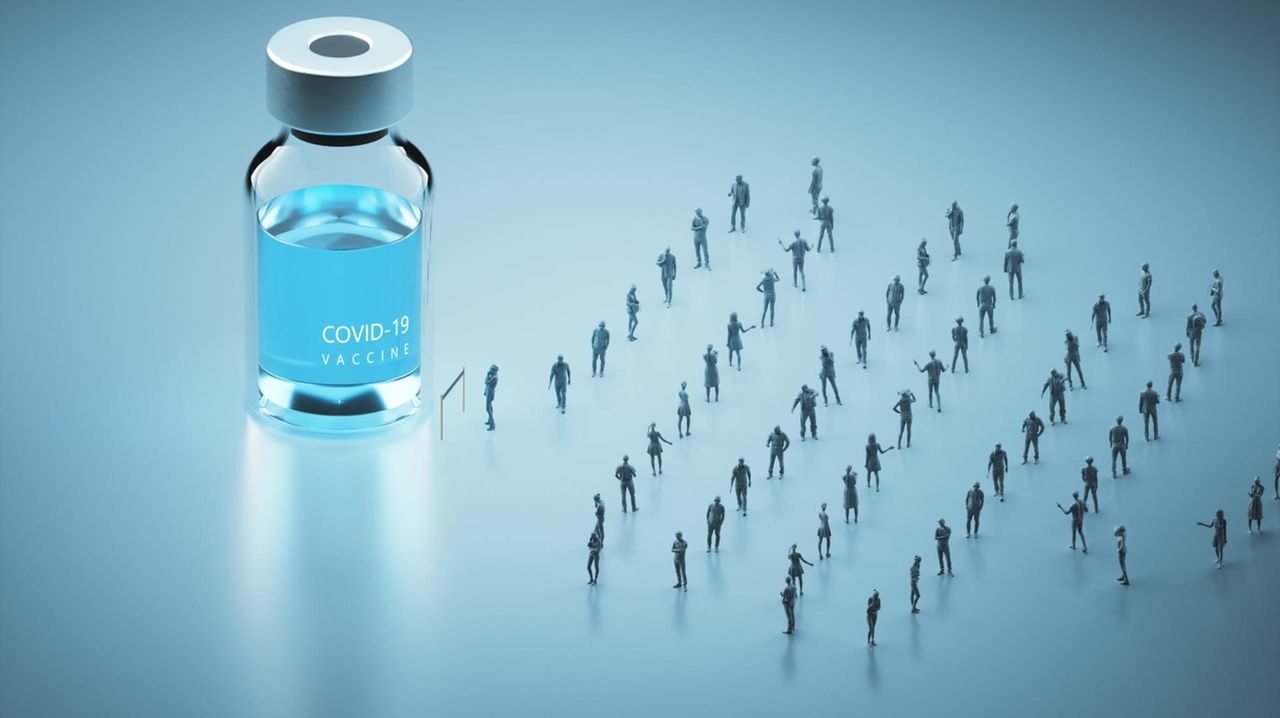 Newsday is opening this story to all readers so Long Islanders have access to important information about the coronavirus outbreak. All readers can learn the latest news at newsday.com/LiveUpdates.

Last month, a medical student at Tulane named Brad Johnson created a Facebook group called “NOLA Vaccine Hunters.” Its aim is “to connect distribution sites that have expiring doses with motivated people who are ready to rush over to get their shot.” Similar pages have popped up in different cities. A few weeks later, Johnson partnered with Doug Ward, a Web entrepreneur, to launch a “vaccine hunter” website. It compiles social media pages and online forums that crowdsource how and where people can get the coronavirus vaccine across the country — before they’re technically eligible in their states.

With the help of these sites, people have circumvented the official distribution schedule, waiting outside hospitals and clinics until unused doses are offered up to whoever is nearest. They tend to be young and moderately well-off — or at least less likely to be strapped down by an inflexible job or other responsibilities, and with some chunk of free time and tech savvy. As one person in Seattle wrote on Reddit, “It’s actually making me angry to imagine a bunch of healthy, work-from-home, 25 year-olds crowding around the waiting area at my pharmacy in the afternoon begging for doses.”

Having some inequity at the margins of the vaccine distribution system, though, is better than wasting doses — especially when the ultimate goal is to get everyone inoculated.

Obviously, hunting for leftover doses is different from blatantly lying and manipulating the system to jump the line, as one infamous Vancouver couple did: By chartering a plane to a small community in the Yukon and claiming that they were motel workers, the wealthy couple got vaccines intended for Indigenous elders.

But other examples are far murkier. A 31-year-old man in D.C., for instance, got the vaccine when he went to a supermarket to buy groceries because the pharmacists there offered up doses left over from an opened vial. The vaccine-hunting website and Facebook groups have simply formalized and facilitated what people were already doing.

It’s understandable to resent this kind of behavior, even if there’s no foul play, when doses are currently allocated for only a third of the state-determined priority groups in the United States. In New Jersey, my mother, who’s 67 and has lymphoma, still hasn’t been able to get her first shot. As an E.R. doctor in New York, I can’t say I haven’t toyed with the thought of doing what my friend did for her father: His age qualified him for the vaccine in his home state, but he couldn’t get an appointment there. So she signed him up for one in Manhattan, using her address.

Because the rules around what to do with leftover doses aren’t clearly defined, even doctors with the best public health intentions can find themselves vilified. In late December, at the end of a vaccination event in the Houston suburbs, a new vial was opened for a patient. The medical director, Hasan Gokal, then took the vial’s remaining ten doses and drove all around the area, inoculating the elderly and the sick and those who cared for them. When he ran out of willing participants, the last vaccine went to his wife — 15 minutes before it expired. Even though she has a chronic lung condition, he didn’t intend to vaccinate her; the alternative would’ve been throwing the last dose away. But Gokal lost his job and his reputation and now faces a misdemeanor criminal charge of theft.

Unfair vaccine distribution — or even the perception that the system isn’t fair — could erode faith in the process and the vaccine itself. But what happened to me with my second dose could have the same effect: In January, I had an appointment for my follow-up shot, but it was abruptly canceled the night before, because there weren’t enough people signed up to justify opening a vial, each of which has six doses. I got a phone call telling me I had to either arrive at the hospital within an hour to get vaccinated from the supply they had on hand at that moment or wait three days. This was frustrating, and I could see why it might cause someone to abandon the process altogether. Some vaccination sites have faced this very issue, reluctant to set up shop if there is a risk of poor turnout. I chose to rush to the hospital that night.

When my hospital opened a large vaccination site in late January, I volunteered to help screen patients and treat potential allergic reactions. The massive indoor track-and-field stadium converted to a streamlined vaccine center was a sight to behold. Jubilant patients stepped forward on the red and white track lanes. In the middle of the green field, health-care workers set up stations. As soon as a vaccinator was ready for the next patient, a bright crimson paddle rose up.

Many people told me how appreciative they were. Some danced in line. I’ve never seen patients so happy to be at a medical facility. One woman, a tennis player in her 70s, was so excited that she had run out of her apartment without eating breakfast and nearly fainted while standing in line. Yet she begged me not to let the episode stop her from getting vaccinated: Who knew when a future appointment might become available?

I wasn’t on site when it first opened, but I heard there were several extra doses available at the end of one day. It was nearly midnight. To avoid throwing them out, health-care workers frantically texted friends that they could be vaccinated if they arrived within 15 minutes. I wished the shots had all gone into the arms of elderly or other high-risk patients — the process has improved since then, with appointments opening up throughout the day and a standby list — but I’m glad they didn’t end up in the trash, which was what happened early on in New York.

The logistics of administering the vaccine are not simple. Once a vial is opened, it needs to be used within about six hours. Perfectly matching supply and demand each day is challenging. Some people do not show up for appointments. Others are turned away if they report allergies that might require further investigation. While an extra dose or two might be squeezed out of each vial, it depends on the type of syringe used and the skill of the vaccinator.

Distributing daily leftover doses to medically vulnerable people would be ideal. This could be done through prioritized wait lists or relocation of doses to group living facilities. When that’s not possible, whether because those on the wait do not turn up promptly, or because of staffing limitations or some other constraint, the alternative — throwing out vaccines or canceling appointments to avoid leftovers — seems far worse.

Still, it’s hard to watch people get vaccinated, knowing that if my mother lived just 40 minutes north, she too would be in line for her first shot. My colleague, who was able to vaccinate two friends through the use-it-or-toss-it approach, told me he wished he could have given the doses to his parents, who are in their 70s.

I remind myself that the point is to vaccinate as many people as we can. Experts believe that vaccinations are likely to reduce transmission of the virus; if that’s the case, then every person who’s vaccinated probably protects someone else, including my mother. At a minimum, it lowers hospitalization rates and ensures that those who need ventilators and intensive care will receive them.

Seeing others getting the shot is also good marketing for vaccination. This is important because while 54% of Americans say they definitely or probably will get the shot, and 13% already had, another 32% say they definitely or probably won’t, according to an AP-NORC poll released this month. The fortunate 31-year-old in D.C. who found himself vaccinated after a grocery run has since posted about his experience on social media. His video on TikTok has been watched 1.5 million times. There’s a link attached to the post, with answers from the Centers for Disease Control and Prevention and the World Health Organization to frequently asked questions about the vaccine. Others who have managed to cut the vaccine line have also posted favorably about the shot on social media; such micro-influencing has been shown to increase vaccination rates.

I wish the process could be precise, a direct correlation between risk and order: People would line up for shots, sorted by age and medical problems, tight links on a chain. The operation would be equal across the country. My mother would be vaccinated already.

As with most public health undertakings, it’s not perfect. Yet as both an E.R. doctor and my mother’s daughter, I am grateful for each and every person who gets vaccinated — even if it’s seemingly out of turn.

Helen Ouyang is an emergency physician, a writer and an assistant professor of emergency medicine at Columbia University. This piece was written for The Washington Post.