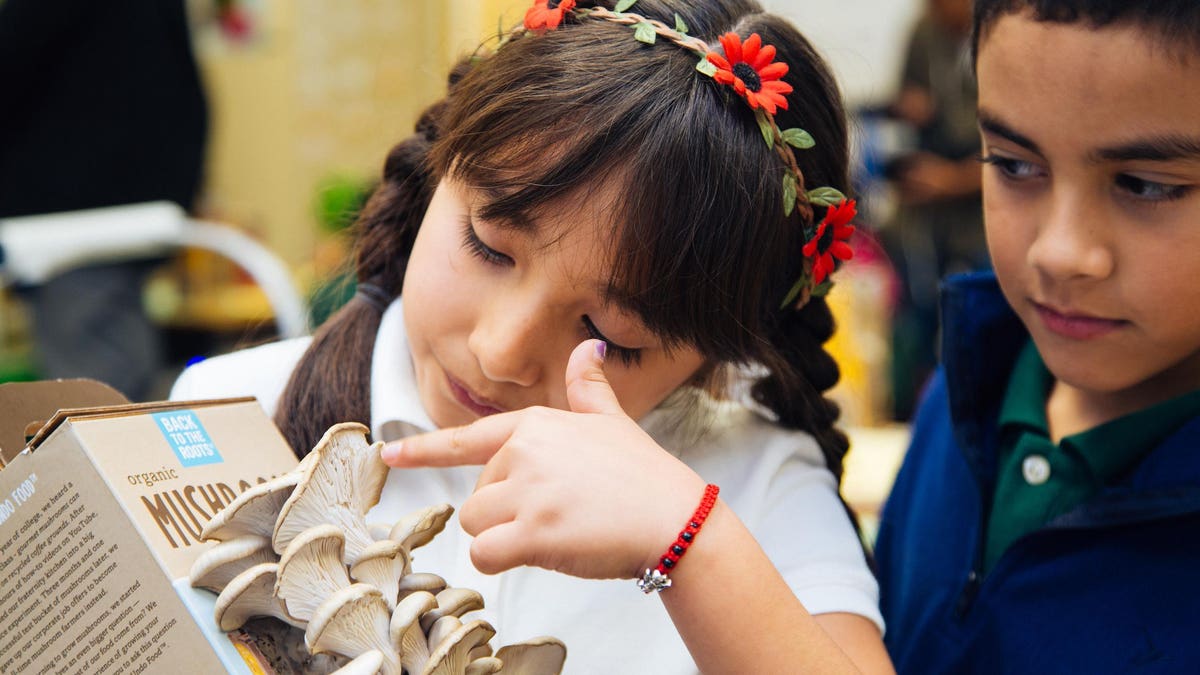 It seems we’ve never been so free and able to control what and how we eat.

If you want to eat local or organic, the options are there at your local farmer’s market and in the organic section in the grocery store. If you want to eat more sustainably, it’s likely you can substitute your favorite animal-based meals for plant-based meat, egg, or dairy alternatives, or buy ‘wonky’ and ‘ugly’ produce, for example.

Yet, at the same time, many Americans live in areas where they can’t easily access fresh food—often referred to as food deserts. In fact, an estimated 19 million people, or 6.2 percent of the U.S. population, live more than 1 mile for an urban area or greater than 10 miles for a rural area from the nearest supermarket; perhaps even more stark, 2.1 million households both live in a food desert and lack access to a vehicle.

This of course presents numerous health challenges. Consider that in communities with limited access to grocery stores, there tend to be high concentrations of fast food outlets—often referred to as food swamps—and combined, the result is higher rates of premature death from diabetes, even after factoring in income, education and race.

The good news is that in recent years, the growing sustainable food movement has been challenging lawmakers to tackle food inequality.

One way companies are trying to help is by offering people alternative ways to access fresh food; this includes empowering people to grow their own food at home. Some might call grow-your-own kits – which provide customers with everything they need to grow food from seeds, a novelty – but an argument can be made that they are actually playing an important role in feeding and educating the nation.

Take organic gardening company Back to the Roots.

After almost four years of attending the same classes at UC Berkeley and never meeting each other, Nikhil Arora and Alejandro Velez were stunned by one fact their professor shared with the class: gourmet mushrooms can grow on recycled coffee grounds.

The two students connected over their shared amazement at this, and decided to turn down job offers in investment banking and launch the new venture, armed with only a $5,000 college grant from a chancellor.

Arora and Velez wanted to spread their enthusiasm for growing food.

“We think food is one of the most important issues we can be working on right now,” Arora says. “From health to global warming, education to toxicity in our environment, social justice to just basic common-sense ways to support our communities. Yet, despite how vital food is, our generation is the most disconnected with where it comes from and how it grows.”

Making an impact in all the ways food impacts populations, Arora argues, starts with reconnecting people with food and making them curious about where it comes from and how it grows.

They developed a line of organic indoor grow kits – little boxes that allow customers grow their own herbs and vegetables. They say anyone can be successful with the right seeds and soil, enough light, and consistent watering. They’re so confident of this, their kits come with a 100% guarantee.

Then there’s AeroGarden, another staple in the in-home garden system space. As marketing director Paul Rabaut explains, there are numerous benefits to growing your own produce at home. Perhaps the most obvious is the health benefits. Growing food yourself allows you to avoid using any pesticides and eliminate unknowns, Rabaut says.

“When you grow at home, you always know where your food comes from,” he says.

AeroGarden’s in-home garden system is also designed to be inclusive, allowing people who wouldn’t otherwise be able to, due to weather or limited space, grow veg all year round, with the help of its automated LED grow light. The company prioritizes making the process as easy and efficient as possible.

“We love hearing from people all the time who tell us that they’ve killed every plant they’ve ever owned until they try AeroGarden,” Rabaut says.

For beginners, Arora recommends starting with quick germinating and fast-growing veggies, such as cucumbers, peas, beans, and cherry tomatoes, or oysters, which grow year-round, indoors in 10 days.

“We recommend a south facing window, a sunny backyard during spring, or a grow light if growing indoors without good sunlight,” Arora says.

As a bonus, Rabaut says growing produce at home is also a good way to involve children in an activity.

“They learn where their food comes from, how and why plants grow, and there’s been a lot of research that shows when kids eat more vegetables when they are involved in growing them,” he says.

Additionally, growing your own plant-based foods can also be very cost-efficient, but, Arora says, there are still many other benefits.

“Gardening can be more cost effective than the grocery store if you have the space. But ultimately, it’s about something bigger than that. The reason gardening is a $48B industry that has been around for decades is because connects us back to the land, back to our food, and back to our community.”

The most important benefit that can come from growing your own food, Arora adds, is to our mental health.

“There’s something so ancestral, so innately human about gardening and getting your hands dirty and connecting with the land – something so miraculous and wondrous, seeing a small seed turn into a large watermelon,” Arora says.

It’s true that more people have turned to activities such as growing their own fruits and vegetables and the like in response to the pandemic this year, as people have spent more time at home, and are looking for alternatives to shopping at busy grocery stores.

But for those with limited access to fresh food, it can certainly help reduce the pressure on families, even if growing one’s own produce isn’t a total replacement for the grocery store.

“Our largest gardens can grow as many as 24 plants at once. I don’t know that you can completely replace the produce section with your AeroGarden, but for certain items you can get pretty close,” Rabaut says.

As Arora says, gardening isn’t exactly new.  People have been growing food for millennia. But while grow-your-own veg kits may look like a novelty spin-off, they have enjoyed increasingly popularity in recent years for numerous reasons, especially with younger generations looking to connect with their food, and to know where it comes from.

As urban populations increase, economic inequalities worsen, and social distancing looks to linger for the foreseeable future, companies helping give people access to fresh and healthy food is far more than just a trend.