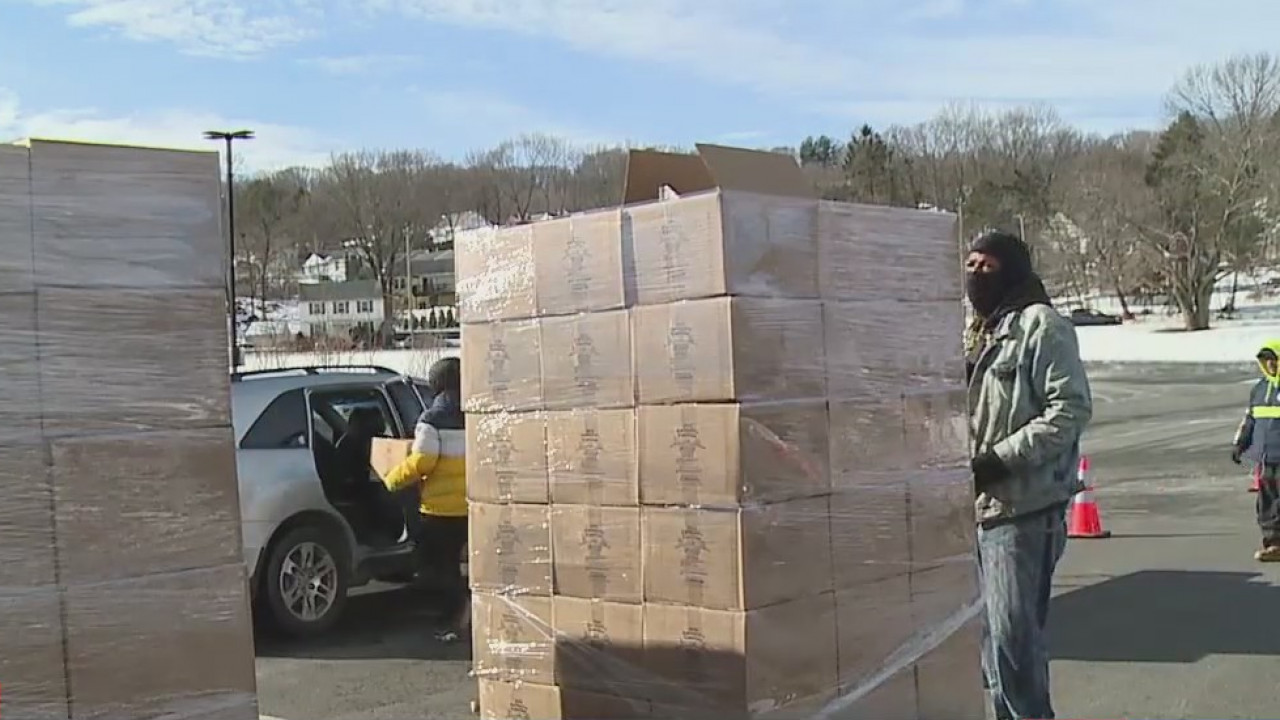 WATERBURY, Conn. (WTNH) — A lot of warmth on this cold Wednesday morning in Waterbury. Volunteers from various groups helped the police unloaded much-needed food for those suffering from food insecurity in the Greater Waterbury area.

Those volunteer groups included the Police Activity League (PAL) and the Waterbury Department of Public Works who teaming up to help police unload more than 1,300 boxes from a tractor-trailer and give them out to long lines of cars that showed up at Municipal Stadium to get some free, healthy food.

And some of those folks in those cars tell News 8 the generosity and goodwill isn’t only nice….it’s critical.

“Because we can’t afford all of the food we need,” one driver said.

“It helps a lot,” another said.

Wednesday was the day the Farmers to Families initiative pulled into Waterbury. It attracted many people — including non-profits from around Waterbury that rely on the boxes of free food to stock their shelves and feed the hungry in their towns, as well.

“We reach not just Waterbury and our neighborhoods, but we’re reaching food pantries, other towns as well. Cheshire’s here, Watertown, Barkhamsted,” said Maureen Torrence, one of the organizers who works in the Waterbury mayor’s office.

David Roberts was there getting food for non-profits in Barkhamsted that help to feed hundreds of seniors there.

“You don’t know how valuable this program is to combat hunger, particularly during this terrible pandemic that we’re still in,” he said.

“It’s huge,” said Torrence. “It’s heartwarming. It’s making an impact and we’re happy we could do it.”

They’ve done this four other times this year in Waterbury. This time, they gave out more than 1,300 boxes of food.

“They have a great goal,” one driver said. “And we thank them because we need it.”