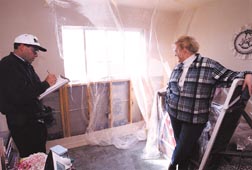 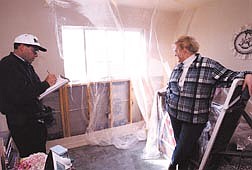 Mountain Park homeowner Jan-Marie Brown looks over destructive testing of her home in March. Brown is one of 381 homeowners involved in a lawsuit against Stanton Park Development alleging multiple deficiencies in the construction of their homes.