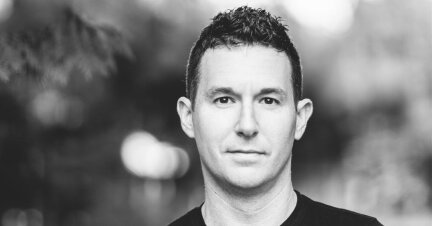 For a while, at least. When the memoir opens, he’s trying to enjoy a blissful moment in bed with his wife and young daughter when he suddenly suffers what we learn is his third stroke, an incident that understandably unleashes a wave of bitter and helpless feelings over how far he’s come, only to find his present permanently jeopardized by his past. “I wish I’d never gotten sober, never tried to be a better person,” he writes in the aftermath. “Why endure so much harrowing improvement to die like this at 38 years old?”

Mohr is the author of five novels and a previous memoir, 2017’s “Sirens,” an early seed of this book. The expansion allows for a larger context to his journey, the chronicle of his substance abuse now nestled within a contemporary narrative about sobriety, and the effort to reverse some of the cumulative havoc he’s wreaked on his body. Mohr’s fiction has garnered comparisons to Charles Bukowski, and there’s a similar romantic urgency in his autobiographical storytelling, in the way his impulses lead him toward excess. “You can be Henry Miller, and I’m Anaïs Nin,” his first wife says, a quote he repeats twice in the book.

The repetition is a telling belief in the power of writing — or, more specifically, in the power of Mohr’s identity as a writer — to dredge clarity from self-reflection, no matter one’s transgressions. For much of “Model Citizen,” Mohr is a charismatic narrator, a role he relishes in life, too. “You were a good boyfriend,” Mohr’s second wife, Lelo, says when he asks why she never left him when his addiction was at its worst. “Generous. You were nice and funny and charming, just like you are now.”

At one point, Mohr and a friend are naked and drunk in Las Vegas, stapling each other’s chest, and while in hindsight he recognizes this was stupid behavior, to the reader it still sounds like a wild night out. Like most of these memories, the sequence pushes toward a bracing series of revelations: Because he does stuff like staple his friend’s chest, Mohr’s first wife judges him unfit for parenting, which then reminds him of the behaviors of his own alcoholic mother and absent father. He imagines a tearful heart-to-heart with his father, now dead, in which they’d finally address his abandonment issues, before admitting he probably wouldn’t have received any satisfying answers anyway. “I’ve spent so much of my life wondering why, and yet that’s not really the right question. Most of life is just a boiled paste of what, a pulp of stewed facts,” he writes. “We loved each other and barely knew each other and there’s no reason to drag why into this. Let’s leave it at the pulpy what.”

I’m not a therapist, so I can’t say if this realization is healthy. As a reader, I felt frustrated by the way Mohr pitches hard toward some emotionally tidy conclusions, and delicately pulls back from others. Unlike some other recent addiction memoirs that have tweaked the genre by locating alcoholism within a literary lineage (Leslie Jamison’s “The Recovering”), or by writing in third person (Will Self’s “Will: A Memoir”), “Model Citizen” is remarkably self-contained — his impressions of his immediate world are the primary takeaway. Sometimes, he addresses an apology directly to one of the people he’s written about, as though he’s fulfilling a step in a 12-step program before our eyes.