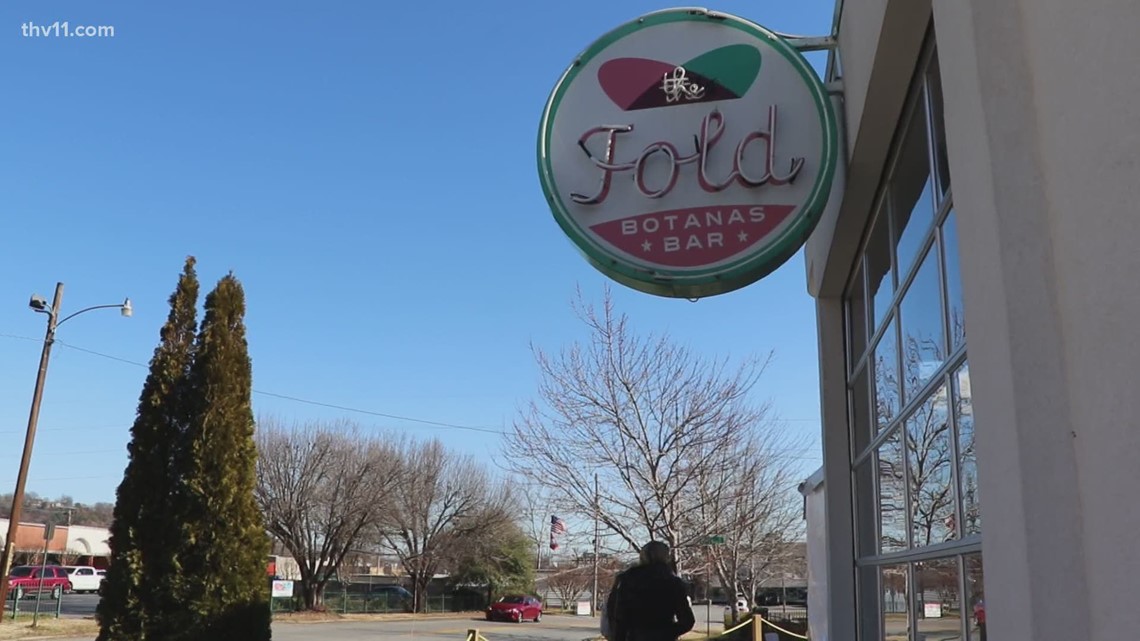 The Fold in Little Rock has split their staff into two groups. Each ‘pod’ of employees is only working with one another and never interacts with the other staff.

LITTLE ROCK, Ark. — We’ve watched, for almost a year now, restaurants getting creative in the ways they serve food safely and keep staff and guests healthy.

The Fold is taking safety precautious a step further, though.

An idea dreamt up by Chef and Co-Owner Alex Smith to keep their staff and guests as safe as possible after five staff members tested positive for COVID-19 around the Christmas holiday.

“One of our servers actually ended up in the hospital for a few days, which was incredibly scary for him and for the staff,” she said.

It’s a scary reality for many in the food business right now, and one Smith didn’t want her staff to live through again.

“It has been a lot more difficult than I anticipated, honestly,” she said.

As Chef and Co-Owner of The Fold, Smith read several articles on how different businesses around the country were adapting.

One example that stuck out to her was companies splitting their staff into teams.

“The more I thought about it, if we could figure out the logistics, it really made the most sense to do it,” she said.

They’ve nicknamed it the “pod system.”


According to Smith, each “pod” of employees is only working with one another and never interacts with the other half of the staff.

“Luckily, everybody seems to get along pretty well, so nobody has gotten mad yet,” she said.

The Little Rock taco shop is open six days a week, so the “pods,” which Smith said is made up of eight staff members, works three full days, every other day, with two consecutive days off.

“Should we have another staff member turn up positive, it enables us to continue to stay open because then just that one pod needs to quarantine and be tested,” she said.

“It makes everybody feel that just extra layer of protection, I think it gives them a little more security,” she said.

Smith hopes other restaurants try to utilize the “pod system” if they can, to keep everyone safe and healthy.

Right now, only the outside and patio are open. Smith said they will re-evaluate at the beginning of February when they will decide to open their indoor dining room.

She said whenever that time comes, they most likely will keep the “pod system.”