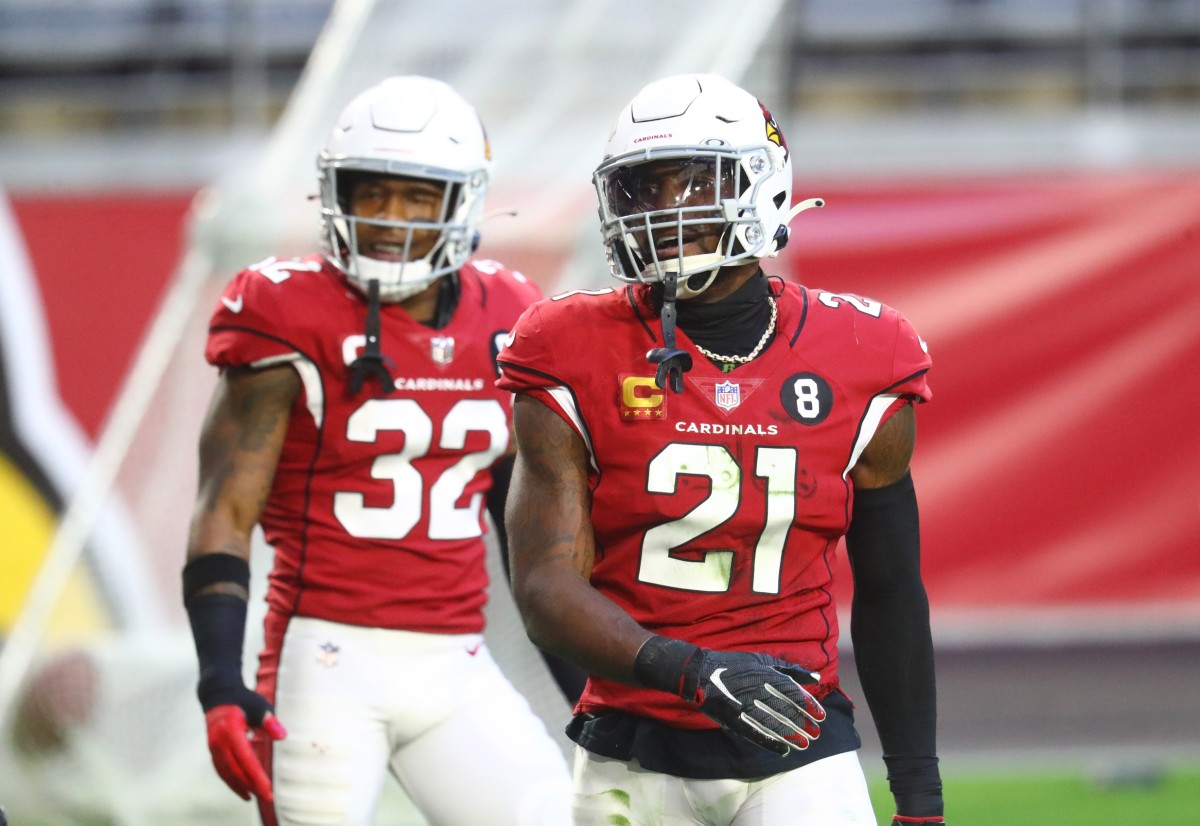 After the Cardinals pass defense cratered in 2019, it took steps forward in Year 2 under coordinator Vance Joseph. A unit that was among the bottom in the league in passing yards allowed and net passing yards per attempt jumped into the top 10 in both areas in 2020.

Something the Cardinals set out to do this past season was limit big plays down the field. Their team Defense-adjusted Value Over Average (DVOA) was fifth in the league against deep balls, per Football Outsiders.

Reasons for it revolve around an aggressive pass rush and strong play from the safeties. Fourth-year vet Budda Baker continued to improve as a centerfielder and rusher in blitz packages. He was named an All-Pro first-teamer.

Alongside, Chris Banjo played the most snaps, and was a solid albeit unspectacular presence. He filled in as Jalen Thompson, Arizona’s Week 1 starter, missed most of the season with ankle issues.

A welcome sight for the coming years is that the Cardinals received strong play from their younger defensive backs. Baker, 25, showed that he was worth the most lucrative contract in the league for safeties. Slot corner Byron Murphy Jr., 23, had the best season by a Cardinals corner per Pro Football Focus, and he made multiple game-saving pass breakups.

Although deep passes did not kill the Cardinals, they allowed a lot of completions in the short and intermediate game.

The Cardinals were ranked 29th in DVOA defending short passes, as their corners were consistently beaten over the middle, on out routes.

Starting corner Patrick Peterson’s completion percentage allowed in 2018 was 58.3 percent. That jumped up to 67.1 percent this past year.

He said throughout the season that teams attacked him on crosses and drags through traffic.

Fellow starter Dre Kirkpatrick allowed the fourth-highest completion percentage in the league out of 15 players with 94 targets. He was targeted the most on the team by 13 despite missing two games.

Against No. 1 receivers, typically defended by Peterson, the Cardinals were 18th in the league in DVOA. Against the second receiver, guarded more often by Kirkpatrick, Arizona finished 24th in DVOA.

Against the Carolina Panthers in Week 4, the Cardinals lost while Baker, Banjo and Thompson were all out. In a Week 9 defeat to Miami, Arizona was short at corner without Murphy or Kirkpatrick.

○ Opposing passer rating against Peterson was 98.2. This is a small improvement from last year’s 99.2, but a big drop-off from years previous. He allowed a rating of 88 in 2018.

○ Peterson and Kirkpatrick tied for the team lead in interceptions with three. Baker was next with two.

He also had the first two interceptions of his career, one of which would have resulted in a touchdown had Seattle receiver DK Metcalf not jumped on a stallion to catch up with Baker.

CB Byron Murphy: In Week 1 at San Francisco, Arizona led by four with under a minute left. The 49ers were in the red zone, and Murphy knocked away consecutive passes on third and fourth down to end the game.

Leading by seven with two minutes to go in Week 15 against Philadelphia, he got his hands in the breadbasket of tight end Dallas Goedert in the end zone to prevent the catch.

Murphy also picked up his first NFL sack in overtime against Seattle in Week 7. His biggest plays seemed to come in the brightest moments.

Baker post-season: “I would say (I improved) everything. Whether it’s getting guys aligned . . . knowing my job and knowing that the offense is going to try and do certain things because they don’t want me to make plays . . . knowing how to kind of mess with them, showing the post knowing I’m going to go blitz . . . I would say I grew tremendously.”

Peterson before Week 17: “I’ve done all I can to present that I would love to be here, but at the end of the day, it’s up to them. We’ll just have to wait and see what the future brings after the season.”

Joseph before Week 17: “(Peterson) is still playing consistent, good football for us. He gets challenged more often because everyone’s getting challenged in this league with the pass game . . . Such a pass-first league now, so it’s hard to be a so-called lockdown corner in 2020.”

Joseph before Week 17: “(Thompson) is a good young player that’s got some of Budda’s traits as far as running and tackling in the open field. Hopefully he can stay healthy and become the guy we want him to be.”

The Cardinals corners might be very different next year. Murphy and Robert Alford (yet to play a game for Arizona due to injury) are under contract. Peterson’s return could depend on if whether he wants to still be paid like a top corner.

He is one of the greatest players in franchise history, being with the Cardinals since 2011 and earning three-time All-Pro first-team selections. But, his last two seasons have seen decline, and he will be 31 years old next July.

The Cardinals could decide to target a corner with the 16th pick.

At safety, Baker and Thompson appear to be locked into the starting spots, with Deionte Thompson available for depth in 2021. Washington could be worthwhile returning due to his importance on special teams.