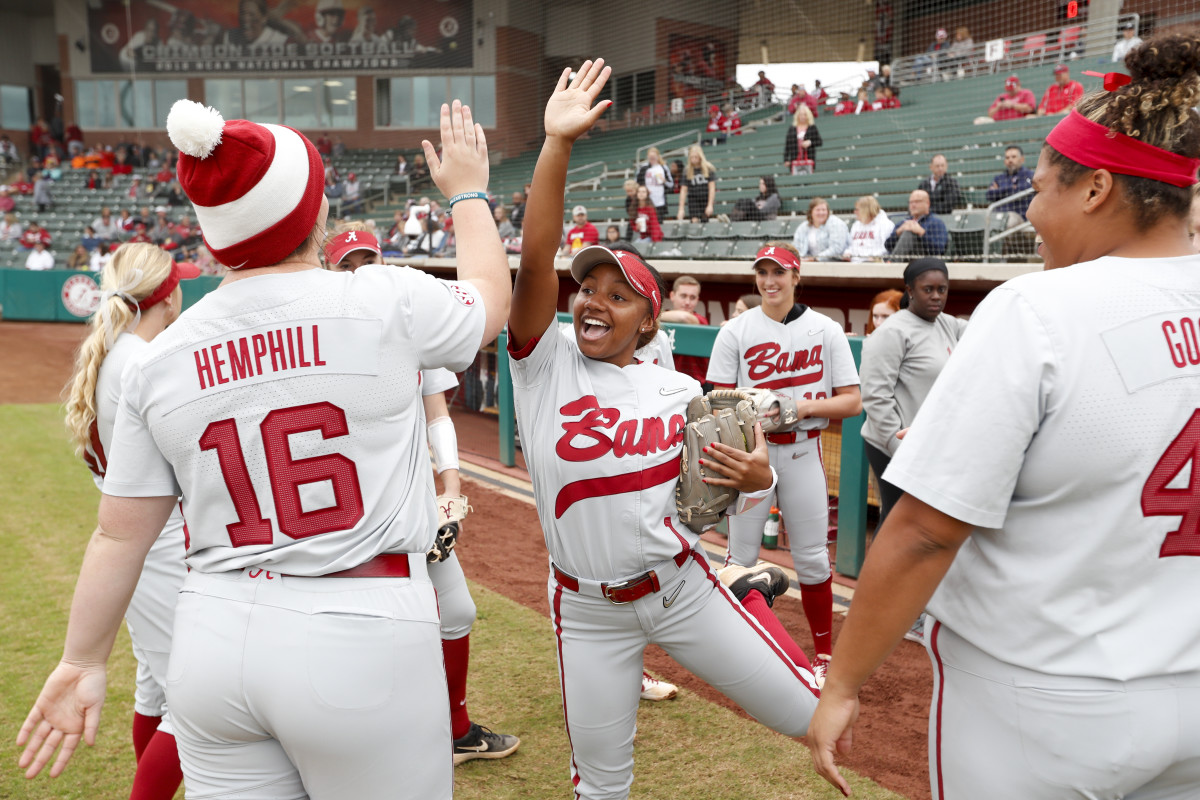 The No. 3 University of Alabama softball team is preparing to host No. 21 Tennessee this weekend in a Friday-Sunday series.

The Crimson Tide is coming off a road sweep of No. 22 Auburn, while the Volunteers dropped two of three at home to No. 12 LSU to open SEC play. Tennessee rebounded to take a doubleheader sweep from in-state foe Bellarmine on Tuesday with a pair of shutouts.

Patrick Murphy appears to have a complete team, in that Alabama has been terrific in all facts. Crimson Tide pitchers have combined for an 0.97 ERA, while Alabama hitters are batting .310.

Still, questions remain for “Team 25,” named for the fact that Alabama has been playing varsity softball since 1997.

Among them, who is the permanent starter at third base?

Lately the job has been split between Maddie Morgan [.250, five RBIs] and Taylor Clark [.154 two RBIs]. Clark seems to be slightly better defensively with Morgan better in the batter’s box. It could be that Morgan starts and Clark relieves her late in games for defensive purposes, but that remains to be seen. Clark is a graduate senior and Morgan is a senior.

Third base is a position to watch during the Tennessee series.

In left field, speedy Alexis Mack is hitting a team-high .452 and is second in stolen bases with 10. However, her defense in left has not been stellar and Mack could eventually end up as the designated player.

It is a role she’s familiar with, but her status will largely depend on the return of sophomore Jenna Johnson, who was hitting .294 and providing good defense in the outfield when she suffered a knee injury a few weeks back. A healthy Johnson in left would and could allow Mack to concentrate on offense.

Graduate Bailey Hemphill is batting .424 and has improved dramatically behind the plate. She threw out a pair of Auburn baserunners last weekend, so Hemphill’s defensive role seems set. Her backup, Abby Doerr, is a fine defensive catcher, but hasn’t produced much offense.

Hemphill’s natural position is first base, yet graduate Kaylee Tow has looked good there and is hitting .378, so there won’t likely be a change with Hemphill needed elsewhere.

True freshman Bailey Dowling seems to have settled at second after some struggles at shortstop. Dowling is batting .304 with five homers. She’s learning to adjust to what SEC pitchers throw at her.

“I live for the excitement in softball,” Dowling said. “When I do my best it’s when I’m not thinking in the box. Before I get to the plate I have a game plan and when I get in the box I stick to my instincts. That’s what I need to do and keep doing.”

This weekend the Tide and Vols will tangle Friday at Rhoads Stadium at 6 p.m. CT. The Saturday game starts at 2 p.m. and Sunday’s game is 1 p.m.

Friday and Sunday’s games will be televised by ESPNU while the Saturday clash will be available only on SEC Network Plus.