6 Rules for Debating Politics in a Polarized America 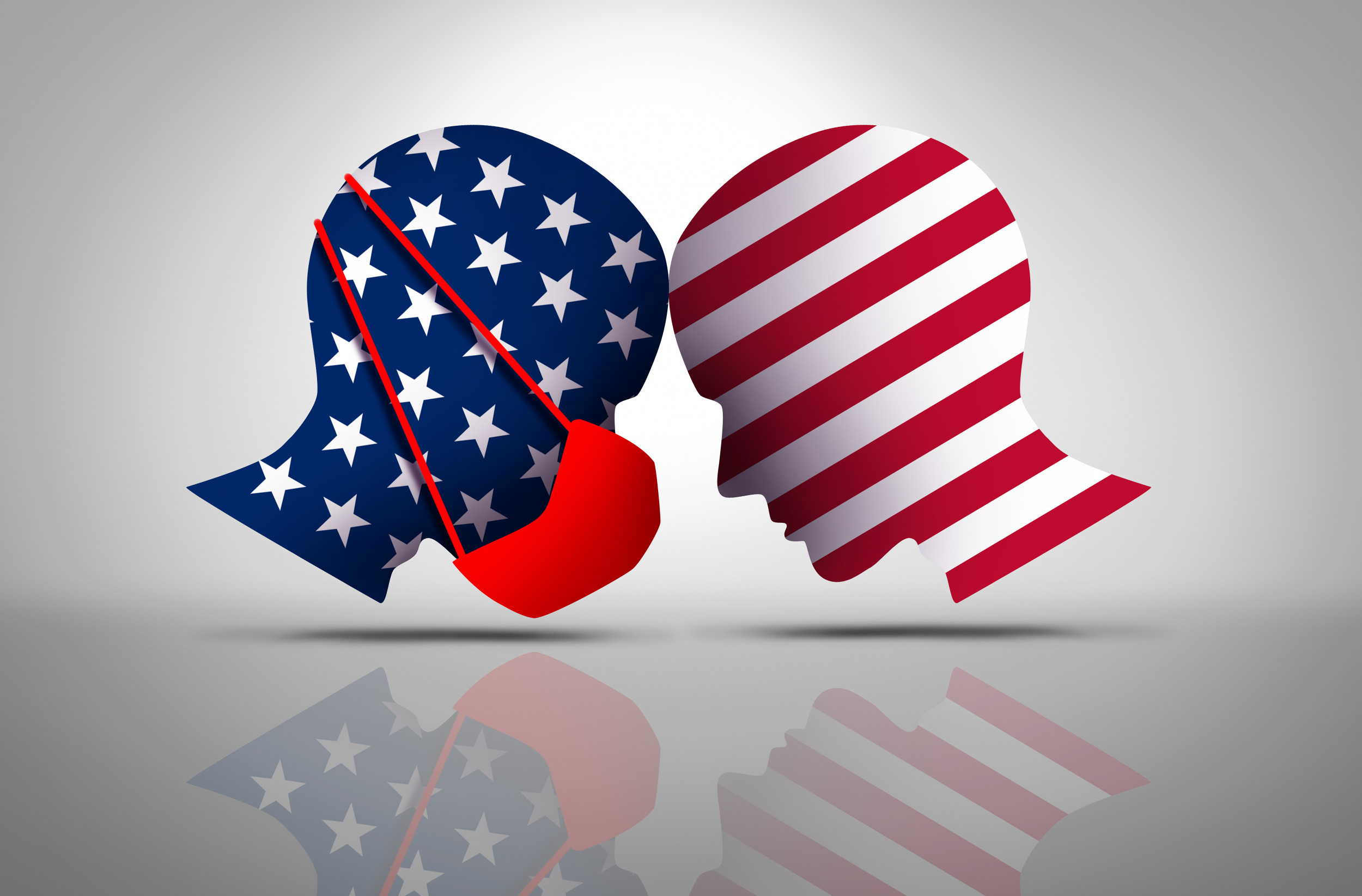 If there’s one thing Americans today seem to agree on, it’s that we’ve forgotten how to disagree. A disabling tribalism has infected out country in recent years, one which has us at each other’s throats, incapable of recognizing a shared reality, let alone shared values.

In fact, one of those values that Americans used to be able to agree on was that agreement is not actually a goal in and of itself. After all, a democracy is not built on sameness but on difference, on tolerance, on diversity. The ability to communicate with people who have strongly held beliefs that are different than our own, and to respect that difference, was once a core American value, and one we’ve sadly lost.

But it’s this value—the ability to disagree—that alone can heal the torn social fabric that has become so frayed in recent years.

How to reestablish this value? How can you have a respectful debate with someone who disagrees with your personal politics at a time when the issues are so urgent, the divide so large, the chasm ever deeper?

It’s something we’ve spent some time practicing. One of us is a progressive Jewish Baby Boomer. The other is a conservative Catholic millennial. And we’ve spent the last year talking politics on our weekly podcast. How, in a time when the national political temperature rose and rose, did we stay cool and calm? We followed a couple of key rules that we think are worth sharing.

Our conversations start from a place of mutual respect. We both believe that the other wants what is best for America, for our state, and for our city; we simply recognize that we have different preferences in how to achieve it. So rather than calling into question each others’ motives, we get down to the interesting part: probing what means might reach the ends that we are looking for.

In other words, the discussions we have aren’t personal; they are about ideas and policies. De-personalizing them makes criticism sting less and makes changing views more palatable.

Here’s a neat trick: You don’t actually have to know whether the person’s intentions are good. This works even when debating a stranger. You can simply choose to assume that their intentions are good. You’ll be surprised how giving them the benefit of the doubt improves the conversation on your own end.

If you see a discussion as a competition where you need to win and the other person needs to lose, you’re already setting yourself up for failure. Social media has made us terrible about this, constantly probing for that biting put-down that can embarrass or “DESTROY” the person we are talking to.

In fact, your attempt to win may be harming your ability to persuade; as psychologists have repeatedly found, listening carefully and calling attention to the nuance in someone else’s views is the only way to help people moderate the extremity of their opinions and become more open minded.

A debater’s trick that has poisoned our discourse across the board is a logical fallacy known as “whataboutism.” It’s a callback to your opponent’s previous malfeasance as an excuse to avoid discussing your own side’s current malfeasance. It goes something like this: “Oh, you don’t like what President Biden is doing about X? Well, what about when President Trump did Y?”

It’s a conversational dead end, as anyone can keep going back and finding bad things that someone on the other side has done. To have a productive conversation, we have to take each event on its own terms.

Rule #4: Get a factual baseline

Too often, people get hung up in conversations because they confuse what they want to be true with what is true. Take tax cuts, for example. We can ask about a specific policy, “What is this proposed tax cut going to do?” and we can also ask “Is this tax cut a good idea?” It’s extremely important to be able to answer the first question as dispassionately as possible before you try to answer the second. One is a question of fact, while the other is a question of values. We can’t let our values replace our facts.

Unfortunately, too many people confuse their values and their facts, which amounts to starting from a place of believing tax cuts are good or bad and then reason backwards to predict what they are going to do.

At the very least, when discussing a policy or law, it is important to know which of those two questions you are trying to answer.

Rule #5: We agree to disagree

Both of us have well-cultivated worldviews. Years of life experience, reading, research, debate, and discussion have shaped why we believe what we believe. Those views are unlikely to change because of one conversation, or one article, or one event.

So, we don’t bother trying to change the other’s mind, at least, not to a great degree. We hope that the other considers where we are coming from, and maybe might temper their views or question some of their assumptions, but we know at the end we’re probably still going to disagree, and that’s OK. Hopefully, at the end, we have had a chance to pressure-test what we think.

This is a tough one. When we believe we are right about something, it’s really hard not to want those we care about—or even those we don’t—to agree with us, especially on major policy issues related to issues we all care about, like the welfare of children, or a just society. But it’s crucial to remember that a healthy society can and must sustain a certain level of debate, not about core values but about how we achieve them.

If you go into a conversation 100% positive that you are right and the other person is wrong, there is no point in even talking. If instead you go into a conversation believing that even if you disagree with the other person, you can learn something from them, and they might have a perspective or information that you don’t currently have, you can have a productive interaction even when you disagree.

Even better, if you are open to the fact that you might not have thought through an issue as thoroughly as you thought you had, or that you were relying on information that wasn’t quite right or intuitions that don’t perfectly match the situation, your interlocutor can help refine and improve what you think and why you think it. But all of that growth and improvement is predicated on the belief that you might not be entirely in the right.

We’d both like to think that we are more knowledgeable and better able to understand and articulate what we believe because of our conversations with each other. Rather than slapping away at the strawmen that are so often constructed in contemporary political discourse, we prefer to deal with a real-life, informed, good-hearted, and passionate person who disagrees with us. It makes both of us better.

Hopefully you can find someone who disagrees with you to have the same experience. Where can you find such a person, in today’s siloed society? Joan Blades at Living Room Conversations has created an effective and creative way to host conversations between non-likeminded people. She has demonstrated how if we take the time to listen, we can unwind some of the tribalism that infects our conversations. And for challenging your own views, John Gable at AllSides.com demonstrates how news events are covered from different sides of the political spectrum. They also categorize whether different media organizations approach their news and opinions from the left, right, or center. And we at American Public Square are proud to be part of this community of organizations that are working to create a healthier political dialogue every day among most Americans.

Allan Katz is the Founder and CEO of American Public Square, where Michael McShane is on the Advisory Board.

The views in this article are the writers’ own.