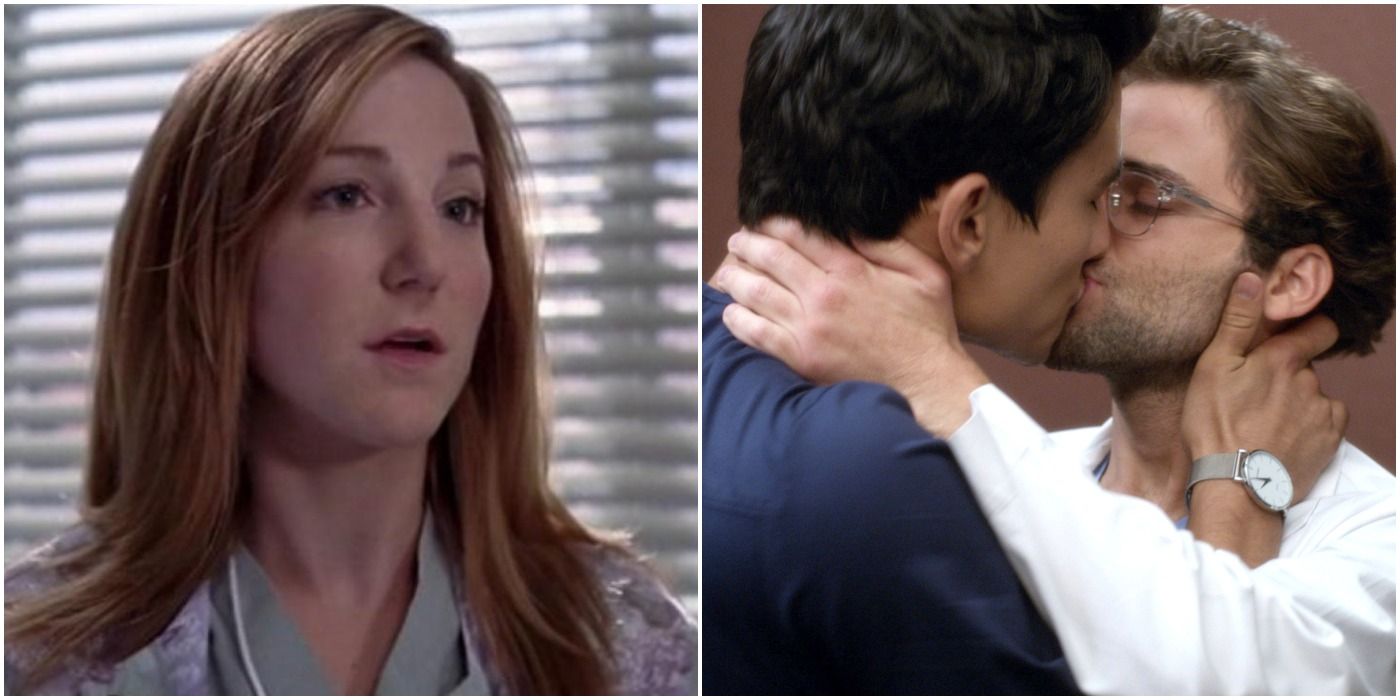 The hit ABC drama Grey’s Anatomy comes with oodles of soapy sex, and the show, in general, takes a very sex-positive approach. Sex plays a crucial role in this show where the whole medical shebang is underlined by the importance of human relationships and intimacy.

It is no surprise that a Shonda Rhimes show would be sexually diverse and would depict sex as glamorously as possible. Yet, there have been times when the show’s treatment of sex has not been very well-thought-out; characters have even come across either as insensitive or have simply behaved inappropriately.

10 Sex-Positive: The Morning After

Who doesn’t remember the iconic pilot of this beloved show that is as much a human drama as it is medical. “A Hard Day’s Night” began with a naked Meredith on the couch and an even more naked Derek on the floor in front of her. It was clearly the morning after, and the couple’s interaction was awkward at best, with neither of them being aware of the other’s name.

Despite the awkwardness, however, the chemistry between Meredith Grey and ‘McDreamy’ Shepherd was terrific from the very start, and fans started rooting for the couple to come together at once. The beautiful couple became something of a TV legend, and, in the very first episode, the show made clear that it was going to be sexy, establishing its lead protagonist as a confident young woman with a healthy sex life.

9 Not: Meredith Crying While Hooking Up With George

What was not such a positive spin on sex was Meredith’s behavior with George. The adorable O’Malley had nursed a massive crush on Meredith from day one and decided to take his shot after ‘McDreamy’ seemed out of the picture.

Meredith, though, was going through a really tough phase and ended up hurting George terribly. She hooked up with him, which was a bad idea anyway, but what was worse was that she started crying hysterically while at it. George took it to heart, and their otherwise friendly dynamic became strained for a while.

Callie Torres was one of the most sexually progressive characters on the show, and her entire arc was sex-positive. She started out as an insanely body-positive young woman who was attracted to George and even got married to him in a whirlwind romance.

Later on, though, Callie started experimenting with her sexuality. She first realized that she enjoyed the company of women as well as men when she had a night with the cardiothoracic surgeon Erica Hahn, but she also had sex with Mark Sloan. Gradually, Callie’s journey of self-discovery led her to be with the lovely Arizona Robbins, while at the same time bearing Mark’s child.

7 Not: Lexie Being Childish Over Her Father’s Sex Life

Lexie Grey was generally known to be the sweetest and gentlest of the interns at Seattle Grace. Yet, she didn’t cover herself with glory when she judged her father, Thatcher, for being sexually active with a young woman with tattoos and called her his ‘midlife crisis.’

This seemed to give out the message that older people or those beyond a certain age were not expected to get sexual satisfaction or be with anyone they chose. Thatcher’s apologetic behavior, albeit part of his nature, further vindicated Lexie’s discomfort and her insistence that his relationship was inappropriate, which was so not positive.

Mark Sloan’s relationship with Callie was always portrayed healthily, and the genuine camaraderie between these two great friends was refreshing to watch.

Mark and Callie started hooking up casually, but their relationship soon turned into a very honest friendship where each would be there for the other whenever they needed a shoulder to cry on. Although their no-strings-attached relationship did present some difficulties when Callie became pregnant even as Arizona came back from Africa for her, these two had one of the best relationships on the show.

5 Not: The Syphilis Outbreak

The syphilis outbreak in the hospital was one of its lighter storylines, and that is exactly where it lost its positivity. George O’Malley found out that he had syphilis after sleeping with the nurse Olivia, who had, in turn, got it from Alex. This led to some rather hilarious consequences as Richard took it upon himself to train his staff and doctors on the use of contraception, and, eventually, nearly half the hospital wanted to get checked for STDs, indicating that a significant number of them were sleeping with each other.

RELATED: Grey’s Anatomy: 5 Times Alex Karev Was An Overrated Character (& 5 He Was Underrated)

However, the ‘funny’ spin that the writers gave to the story to the extent that the nurse Olivia came to be nicknamed the ‘The Syph Nurse,’ wasn’t in great taste. After all, sexually transmitted diseases are no joking matter, and those affected go through serious emotional and physical ordeals.

4 Sex-Positive: Silent All These Years

The season 15 episode “Silent All These Years” will go down in the annals of the show as one of its most empowering episodes. The episode deals with the dark side of sex as it cuts to and from Jo’s devastating discovery of the truth about her birth and the doctors at Grey Sloan preparing a rape kit for a victim of sexual violence.

Although the episode takes a bird’s-eye look at sexual crimes, it gives it a positive turn by advocating consent and the empowerment of the victims of such ordeals. As the young woman Abby decides to press charges against her offender, she goes from being a victim to a survivor and is hailed by an entire floor filled with female doctors and staff at the hospital. The sheer positivity this moment exuded resonated with fans all over the world.

3 Not: Every Time A Character Was Slut-shamed

Unfortunately, not every character on Grey’s got the standing ovation that Abby did. Whether it was Meredith being slut-shamed by Addison, or Izzie being humiliated by Alex for having been a model, slut-shaming had been a staple on the show, at least in its earlier years.

Of course, the one person who was slut-shamed casually over and over again by his colleagues, friends, as well as well-wishers was Mark Sloan. Rather disturbingly, Mark even called himself and Meredith “dirty mistresses” for being the other man and woman in Derek and Addison’s lives.

2 Sex-Positive: The Portrayal Of LGBTQ+ Characters

The series has handled the portrayal of LGBTQ+ characters with deep sensitivity. Of course, doctors like Callie, Arizona, and, more recently, Nico and Levi, are sexually diverse, but patients too have belonged to the LGBTQ+ community, with episodes revolving around their acceptance by society.

For instance, when Ben Warren’s brother showed up at the hospital and revealed that he was transitioning into a woman, Ben found it hard to accept this drastic shift in his life at first. However, Miranda managed to make him realize that nothing else but his love for his sibling mattered. Yet another time, a non-binary patient arrived at Grey Sloan in season 15, and Jackson and Helm had to educate Richard in the appropriate pronouns, which in the larger scheme was a very positive perspective.

The series has always taken pride in portraying strong women, but the comic element surrounding Bailey and her dubious nickname ‘Booty Call Bailey’ was a tad unnecessary.

Bailey is a powerful woman, possibly the most powerful one in the Grey’s universe, and could hardly be shamed for wanting to have sex with her husband Ben whenever he was in town. She was confident in her body and made use of the on-call room every now and then. Yet, she was made to feel embarrassed for her ‘booty calls,” which, given the typically sex-positive outlook of the show, feels particularly off-kilter.

NEXT: Grey’s Anatomy: 10 Relationships That Should Have Happened But Never Did


Next
Community: 10 Major Flaws That Fans Choose To Ignore

Surangama, or Sue, as she is called by many, has been writing on films, television, literature, social issues for over a decade now. A teacher, writer, and editor, she loves nothing better than to curl up on a lazy afternoon with her favorite book, or with a pen and a notebook (a laptop would have to do!) and a foaming cuppa tea on the side.