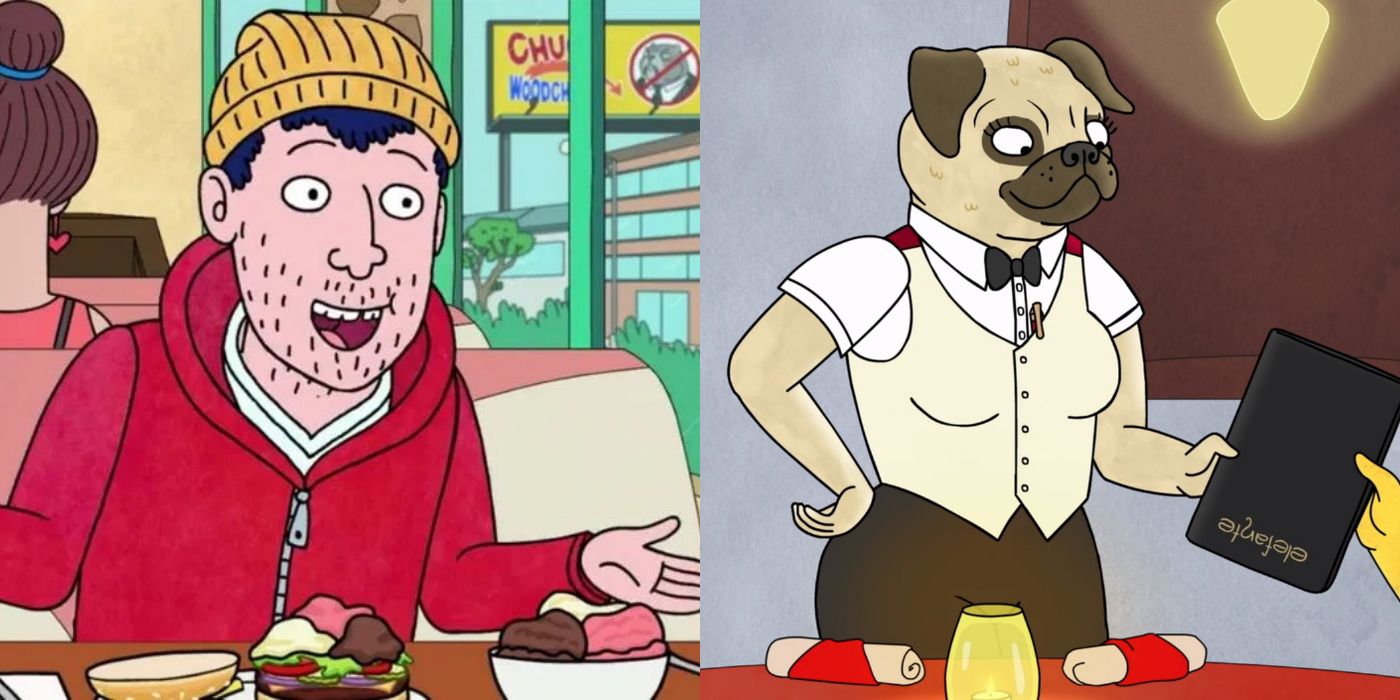 It’s often said that friends are the family people choose for themselves, but as BoJack Horseman poignantly shows, choosing friends isn’t always as simple as that. Oftentimes, characters chose friends that enabled them to remain stuck in their old dysfunctional family patterns. While it’s not hard to empathize with each and every character, no matter how much they’ve hurt others, it’s safe to say they wouldn’t all make decent friends.

There are all kinds of friendships to be found in the endlessly versatile BoJack Horseman universe. Some characters make for casual friends who are always down to spend some time together, while others would go above and beyond for their loved ones. Then there are those who wouldn’t make for good friends, as they are either too self-absorbed to form any meaningful relationships.

Hollyhock is kind, patient, and extremely bright. After all, she finished high school a year early! Just like BoJack, she struggles with anxiety, but she never lets her inner demons affect other people’s lives in a negative way.

While she was very naive when she first appeared on the show, meeting BoJack made her grow up fast. In the final season of the show, she decided to cut him out of her life. Not only is she nice – she’s also assertive and is slowly, but surely learning about self-worth and self-respect.

Stefani Stilton, the girl boss of BoJack Horseman, is definitely a very competent young mouse. She comes from an affluent family and runs her own company. There is something very problematic about her, though: she cannot grasp the concept of the word “no.” Being friends with somebody who won’t take “no” for an answer and doesn’t care about anything but herself would soon turn out to be a nightmare.

Diane is trustworthy, smart, and somewhat shy, but she’s not afraid to stand up for what she believes is right. As a writer and feminist, she is on a mission to educate people about various societal issues, ranging from gun control to corporate greed.

Diane would make a great friend for fellow introverts who can’t handle major gatherings and prefer to talk about books. She’s a little bit melancholic, but she doesn’t wallow in self-pity and never seeks validation from her friends.

BoJack Horseman is a show that tackles several controversial topics, and Sarah Lynn was at the forefront of many of them. Among the most prominent are sexual abuse, the struggles of child actors, and substance addiction. She was one of the most tragic characters on the show and the one person BoJack hurt the most.

RELATED: BoJack Horseman: 10 Duos Who Should Have Dated (But Didn’t)

Due to all of her trauma, Sarah Lynn’s lifestyle was more than an average person could bear. She was unpredictable and completely cut off from her emotions. Forming lasting and healthy relationships seemed nearly impossible for her, which unfortunately means it would be hard to be her friend in real life – no matter how much we all love her catch-phrase.

Mr. Peanutbutter would make for an amazing friend. He’s always in a good mood, he is loyal to a fault, and he leads a very active lifestyle. He’s always up to something and loves it when his friend join him on his misadventures. He might seem as if he’s lacking self-awareness, but as his best quotes indicate, he has more insight than meets the eye.

RELATED: BoJack Horseman: 5 Jokes That Are Destined To Be Timeless (& 5 That Won’t Age Well)

While he might not be the type of a friend to go to when you’re in need of an attentive listener, Mr. PB is that friend who is always happy to hear your voice and would drop everything to come hang out with you.

The bitter Beatrice is the last person anyone would want for a friend – except for someone just as disappointed in life as she was. She never received any love and care in her life – neither from her family nor her partner. She was incapable to give what she never got herself.

While it was not hard to empathize with Beatrice, most wouldn’t want to spend their time with her. She was a master of opening old emotional wounds and nobody needs that kind of presence in their lives.

Princess Carolyn is the type of a friend that would pick up the phone at 3 AM and rush to help her loved ones. She helped her friends get their dream jobs and always had a motivational speech ready for them when they were feeling down. Ever since she was a kid, she was a caregiver and as such, knew how to gauge other people’s moods and needs.

RELATED: 10 Behind The Scenes Facts You Didn’t Know About BoJack Horseman

Just like others, she’s done her fair share of immoral things throughout the show, but she never lacked self-awareness and compassion for others. She’s independent, strong, smart, and resilient. Who wouldn’t want a cat-woman like that by their side when the going gets rough?

Pickles is by no means a bad dog. While she’s playful and sweet, she’s also addicted to social media, which can get pretty frustrating for those who want to spend time with her. She’s obsessed with her followers and shares all of her thoughts with them. In real life, however, she is nearly incapable of real intimacy and forming deep bonds. For example, she broke up with Mr. PB over a text message.

Todd is definitely among the most likable characters on BoJack Horseman, so most would absolutely want to be his friend. He’s funny, good-hearted, and kind. While he’s not exactly the most responsible of the bunch, he’s also the least harmful.

Time spent with Todd is never boring. He is brimming with creative ideas and enthusiasm. Regardless of how stressful his life gets, he never takes it out on his friends. And most importantly: he accepts people exactly as they are. He’s the least judgemental character in the entire show.

And finally, BoJack. The star of the show had his relatable moments and it’s certainly hard to judge him after learning about his family history. He’s clever and even caring in his own twisted ways, but unfortunately, he always ends up hurting those who let him into their lives.

Out of compassion and understanding, many characters enabled his toxic behavior. While BoJack is most certainly not beyond redemption, he needs to learn a thing or two about personal responsibility and boundaries before he can form any lasting friendships.

NEXT: BoJack Horseman: 10 Major Flaws Of The Show That Fans Choose To Ignore

Anja Grčar is a writer, based in Ljubljana, Slovenia. Her ideal day consists of reading, escaping in nature and catching up with friends over a cup of coffee.