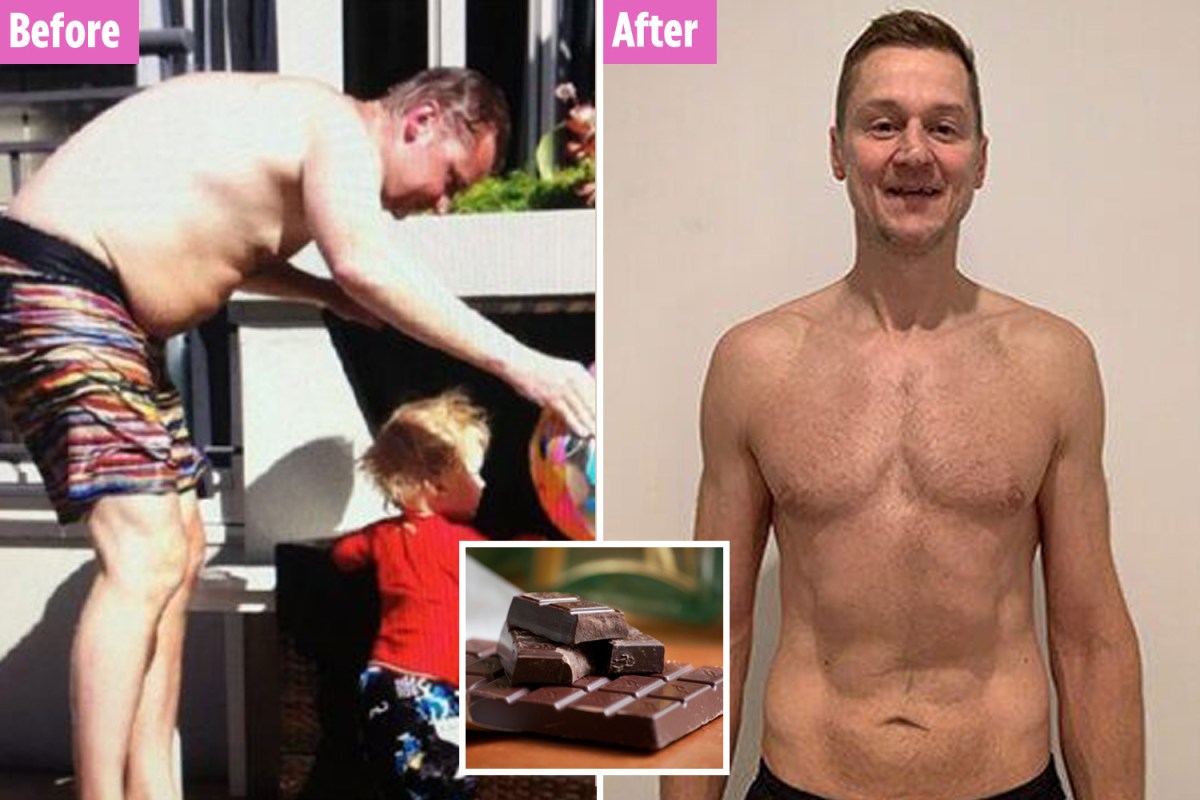 A DAD who turned his life around by shedding four stone has revealed the easy diet swaps you can make to kick start your weight loss in 2021.

He has since founded Fitter Healthier Dad, a platform designed to help other dads and blokes over 40 to break through the barriers and improve their health.

In the spirit of Near Year’s resolutions, Darren has revealed his top-five healthy food alternatives you can quickly and easily change in your diet this January so that you don’t feel like you are being restricted.

According to Darren, losing fat, getting fitter and having more energy is not as complicated or time-consuming as most of us think.

You can easily swap this out for Rolled Oats and add Maple Syrup or Cinnamon for sweetness. This has a low glycemic index (GI) which is good for sustained energy and lower blood sugar

Simply measure out 35g of porridge oats into a bowl, cover with water or milk/milk substitute and microwave for 1.5-2 minutes.

While margarine spreads are easier to spread, they contain a lot of manufactured fats which cause inflammation affecting our overall weight and health.

Real grass-fed butter is a better alternative as it contains good healthier fats which is better for our gut and brain function.

1 tbsp of margarine spread is 102 calories, while 1 tbsp of unsalted butter 102 calories but has the benefit of healthy fats

Pasta has become a staple of the western diet, however, it’s a fast-releasing carbohydrate.

This means that as we move less, we aren’t using the fuel that the fast metabolising carbohydrates provide, so try swapping pasta with quinoa.

Quinoa is cooked the same way as pasta, but is also a Low GI carbohydrate and also contains protein which is great for feeling fuller for longer.

With its high content of cocoa, dark chocolate has been linked to many health benefits like reduced risk of cardiovascular disease and reducing blood pressure.

Cocoa is rich in plant chemicals called flavonoids that may help to protect the heart. Dark chocolate contains up to 2-3 times more flavanol-rich cocoa solids than milk chocolate.

Always choose brands with 70 per cent or more cocoa content.

Instead of buying one big bar, buy smaller bars and just limit yourself to small amounts each day, rather than consuming a whole 100g bar.

White potato has become the staple of our diets – it is a carbohydrate which our bodies need, but it has a high glycemic index so it gets converted to sugar for use as energy very quickly, and our bodies can’t process it all.

This means that the excess gets stored as fat.

A really good alternative is sweet potato which is much lower in calories and it’s a Low GI carbohydrate, releasing slower into the bloodstream over a longer period of time.

They are great roasted in the oven with a small amount of olive oil or mashed with real butter.

Sweetened yoghurts are a standard evening dessert in most UK households, however they are laden with sugar.

A really good and tasty alternative is full fat Greek yogurt which, whilst lower in calories, is also high in good fats and protein which keep us fuller for longer and stave off the evening munchies.

For sweetness, add some blueberries which are high in polyphenols, a powerful antioxidant.

1 pot of strawberry yogurt 104 Calories (with 14g of Sugar), while 1 Pot of Greek yogurt 61 Calories (also high in protein which keeps us fuller for longer)

Daily Chinese Horoscope Monday January 4: What your zodiac sign has in store

January 4: You are so close to success – and learning a lot about yourself too

SKIN IN THE GAME

Elsewhere, fitness gurus who shed 15 stone between them say it’s all down to good meal prepping.

And a nutritionist says don’t bother dieting if you want to lose weight in New Year – ‘eat normally’ instead.

Meanwhile, bridezilla DUMPS her sister from the bridal party after she gained 1.5 stone during lockdown.