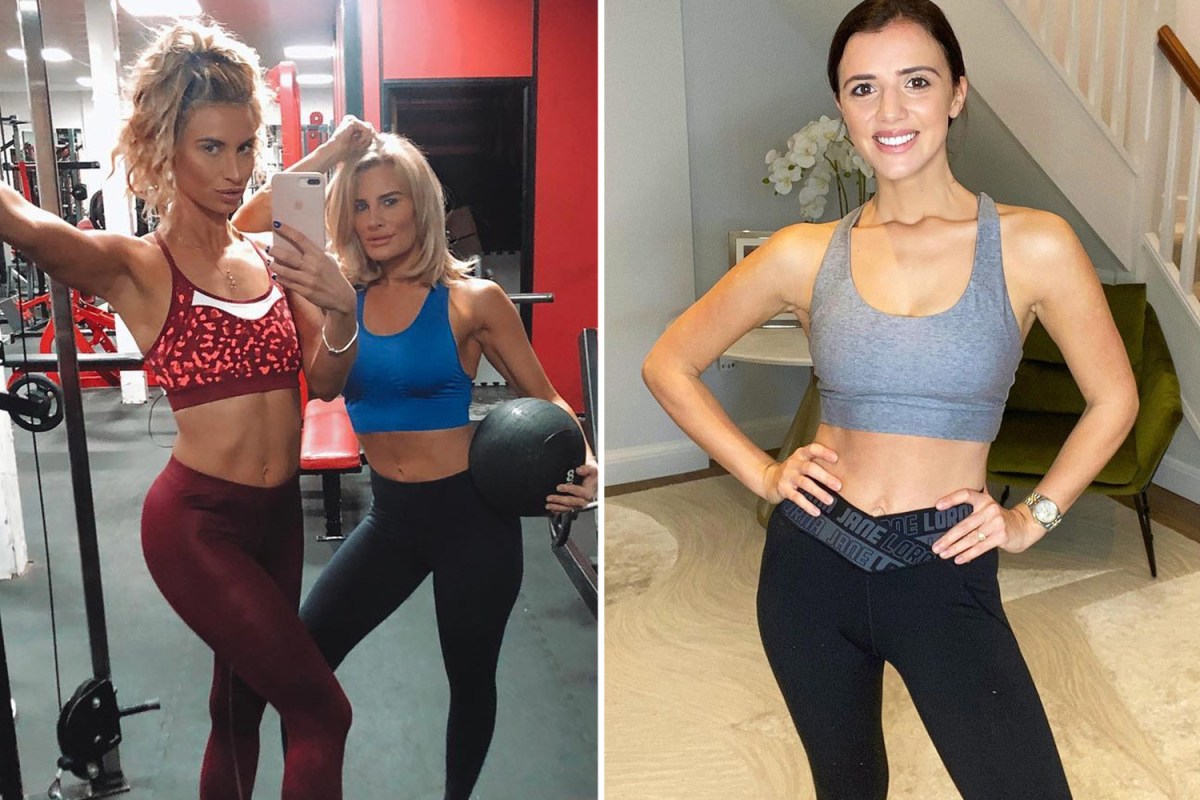 It comes after Lucy, 29, ranted about women using diet products after giving birth and singled out Herbalife Nutrition, which is endorsed by Danielle, 32.

Danielle, who is mum to nine-month Orla, blasted the reality star for her damaging comments yesterday on her Instagram Story.

Now best mate Ferne, who has worked alongside her with the brand that Lucy has blasted, has also taken to her social media to show her support.

The mum-of-one told fans on her fitness account: “Right my darlings. Lucy Meck blasted Herbalife on her stories today.

“Which is cool if that is what she felt that she had to do, everyone is entitled to their own opinion.

“But I’ve never understood why people feel the need to damn others. People have a choice.

“People have a choice to consume Herbalife products or not. To subscribe to Lucy’s fitness website or not.”

She continued: “I would never encourage others to try something unless I am totally backing it myself.”

The star also explained that she was a “skeptic” before taking the product.

Ferne explained: “I was a Herbalife skeptic and it wasn’t until I tried the products that I converted.

“I have NEVER felt that I have been on an ‘extreme restricted diet’ as Lucy put it.

“In fact after consuming the products I had never felt better. Our breakfast shake is high in nutrition and low in calories. Which helped me loose my baby weight and more.

“The sports products (which Cristiano Ronaldo is affiliated with) are INSANE and my results were improving and I was performing better in the gym and recovering quicker.”

Danielle, who has lost three and a half stone since giving birth last year, was left very upset when Lucy – mum to Roman, 12 months – made her opinion on diet shakes known.

“When you’ve just had a baby especially, you just grab whatever you can. For me, it was tea, toast and coffee. You know, Ryan [Thomas] was amazing, he’d make me some nice meals, but other days, it’s tea and toast, and that’s fine.”

Danielle decided to address the comments in an emotional video later that day.

She said: “I just wanted to get on here to talk about something, it feels really weird doing this as I’ve never gotten into social media or Twitter war, but it’s just been brought to my attention.

“I don’t actually follow Lucy Meck… but someone has contacted my agent asking for comment on Lucy Meck’s story where she is slamming ‘influencers’ for promoting shake diets to new mums.

“Instead of going back to them, I thought I’d like to keep it real and say it here. Firstly I wanna say, I respect her opinion, but one thing I will say is that Lucy has a subscription to a fitness and meal plan.”

She continued: “So one thing I want to say is guys please be mindful – it has a massive impact, Lucy has millions of followers, I know what that can do, it’s damaging… it is… so be mindful that this is also a business for Lucy, it’s like Coca Cola slamming Pepsi.

“We’re in the same industry… she just has it her way with workouts every single day and making nice presented food that I’m sure tastes amazing, but for me it’s about finding something that’s quick, convenient, high in nutrition and low in calories.”

Getting upset, she continued: “I just wanna put a few facts right before I get on to the mum thing as whoever knows me, knows… I can actually get upset… knows much I want to help mums feel body confidence.

“I’ve never once said ”as soon as you have a baby, let’s get you on a shake plan”. Of course not – I didn’t even do that! I waited eight or nine weeks before I did my first 21-day challenge.”

She went on to challenge Lucy to actually try the plan she follows, saying: “There is nothing wrong with doing it my way, what you guys do is absolutely fine, but please do not tarnish what I do or represent and absolutely love doing, because you might have lost a few customers yourself!”

She added: “Let’s all be kind to each other and help each other’s businesses instead of putting it down.”

Clearly wanting the last word, Lucy hit back this morning by sharing fans’ negative experiences with diet shakes on her Instagram story.

She shared a series of grabs that showed the responses she got in her direct messages from those who have used them.

One follower said that her weight came back as soon as she stopped, another described the brand as “awful” and a third said that she suffered with bad thrush whilst drinking them.

She later told her 1.7 million followers: “I never mentioned anyone’s name or brand. I stick to what I believe.

“New mums don’t need pressure to lose weight. We are exhausted and have so much to deal with anyway.

“I believe a lot of these diet brands prey on the vulnerable. When I had given birth my phone ads were all for ‘fast weight loss after baby,’ ‘need to lose two stone in a month!’

“I feel extremely sad hearing your personal experiences using them. When I felt ready around 4/5 months pp I introduced light exercise and balanced meals into my busy mama life.

“We are all unique and will all take a slightly different approach to healthy living.

“But I promise you this, there is no magic pill, tea or low calorie shake that is sustainable for a long term solution to weight loss or overall health.”