25 Foods That Have Way More Sugar Than You Think 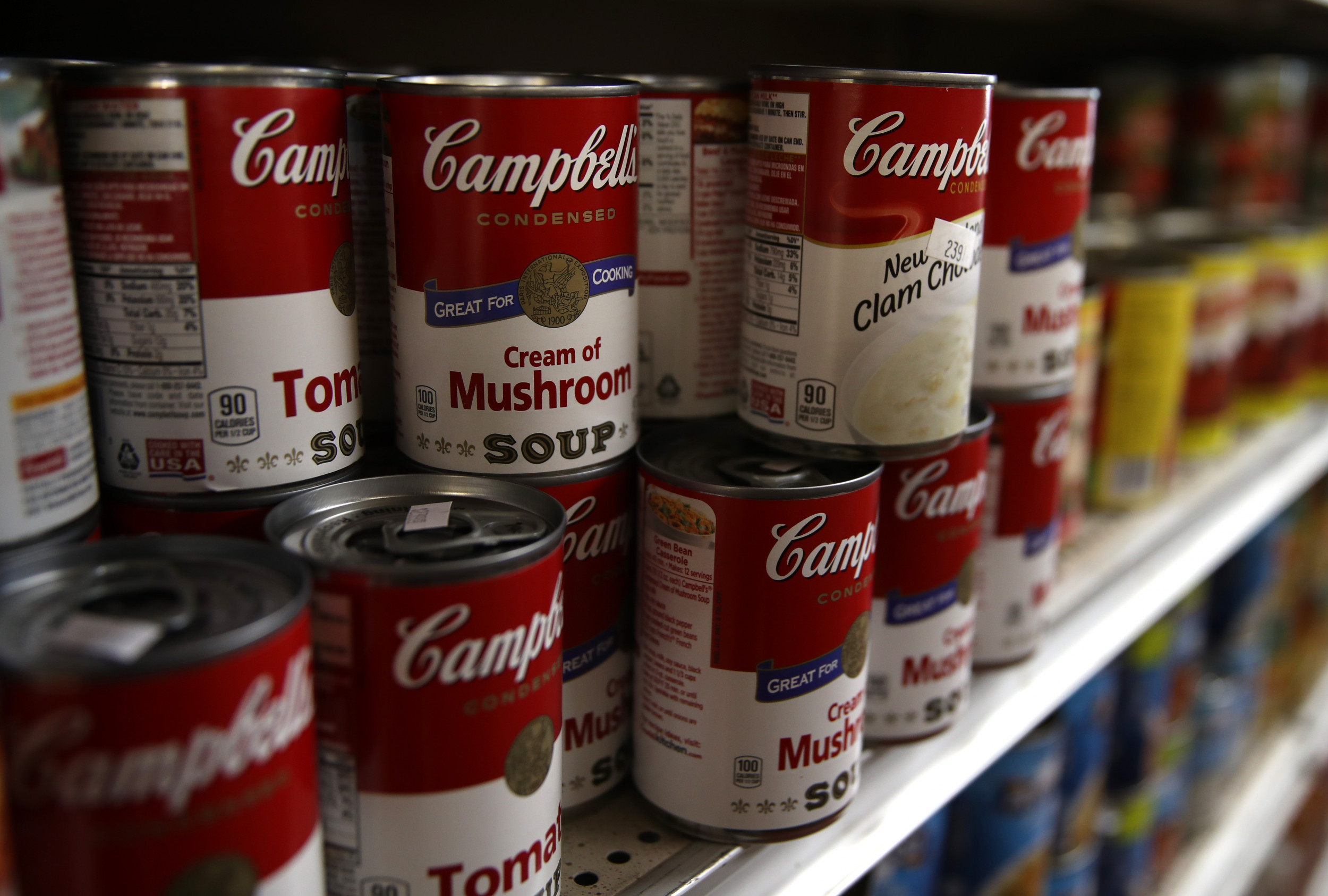 Eating too much sugar can lead to health problems such as obesity, type 2 diabetes, and heart disease, the U.S. Centers for Disease Control and Prevention warns.

“Added sugars contribute calories to your diet, but no essential nutrients. Eating and drinking too many added sugars makes it difficult to achieve a healthy eating pattern without taking in too many calories,” the CDC notes.

Many consume more sugar than they realize, according to the American Heart Association, which encourages people to keep track of their sugar intake “because our bodies don’t need sugar to function properly.”

Take a look at food and drink that contain more sugar than you might think.

Several flavored coffee drinks from different chains, such as Starbucks and Dunkin’ Donuts, can contain around 45 grams of sugar or more per serving, which equates to around 11 teaspoons of added sugar.

Uma Naidoo, a nutritional psychiatrist who is the director of nutritional and lifestyle psychiatry at Massachusetts General Hospital, suggests that a 340-calorie “grande” (16-ounce) serving of Starbucks’ caramelized honey latte “might seem like a relatively harmless once-in-a-while dessert-like treat.”

“In fact, you might even guess that it’s on the healthier side because it contains honey, one of the ‘less demonized’ sugars,” she wrote in an article for Harvard Health Publishing of the Harvard Medical School.

“Look a little more closely, though, and you’ll see it contains 45 grams of sugar! That’s 180 calories of sugar. This single not-very-nutritious beverage takes you over your daily sugar limit.”

As above, honey is “less demonized” than traditional sugar and is often considered a healthier sweetening option.

Naidoo notes: “One study in the Journal of the American College of Nutrition found that honey contains oligosaccharides (a prebiotic that feeds gut flora) as well as small amounts of proteins, enzymes, amino acids, minerals, trace elements, vitamins, aroma compounds, and polyphenols.

“So one may argue, therefore, that honey is a healthy ingredient. However, your body breaks down honey—even raw, organic honey—as glucose and fructose. Just like plain old table sugar.”

Low-fat yogurts contain more sugar than full-fat yogurts in order to enhance the flavor. A single cup (245 grams) has more than 45 grams of sugar, which amounts to around 11 teaspoons, according to FoodData Central, a U.S. Department of Agriculture database.

An 8-ounce serving of low-fat yogurt can contain around 17 to 33 grams of sugar, which is about as much sugar in two scoops (or one cup) of chocolate ice cream, according to WebMD, a health information website working with over 100 doctors and health experts across the country.

Peanut butter is a good source of protein and also contains natural sugars. However, many reduced-fat versions have a high amount of added sugars to make up for the loss in flavor that comes with reducing fat content, similar to low-fat yogurts.

Registered dietitian Lauren Manaker of Nutrition Now Counseling warns that some lower-fat versions contain higher sugar amounts “to make up for the missing flavor when fat is removed.”

She adds: “Too much sugar is not the best choice either, and the fat found in peanut butter is a healthy addition to one’s diet. I do not choose reduced-fat peanut butter.”

While plain milk is a good source of calcium and protein, flavored versions, such as chocolate milk, have a high sugar content. An 8-ounce glass of chocolate milk contains 11.4 grams (2.9 teaspoons) of added sugar, according to FoodData Central.

On average, ketchup has around four grams of sugar per tablespoon. “Most people add about 3 tablespoons of ketchup to their burgers,” Naidoo notes. “That 12 grams of sugar from the ketchup alone is more sugar than you’d find in a serving of two store-bought chocolate chip cookies.”

While most pasta sauces are savory rather than sweet, they can have around six to 12 grams of sugar per a half-cup serving, which equates to around the same amount of sugar in a chocolate chip cookie, WebMD reports.

Two tablespoons of barbecue sauce are reported to contain around nine grams of sugar and around 33 percent of the weight of the sauce may be sugar, according to FoodData Central.

In other condiments, salad dressing is another source of high sugars. French and Catalina dressings are known to have the most sugar, with around five to seven grams per two tablespoons of dressing. This is a much higher sugar content than the roughly one gram of sugar you’d have in the same portion of a homemade vinegar and oil dressing, according to WebMD.

“Sometimes your food just needs a little extra kick, but keep in mind that it might cost you in your sugar consumption. Ketchup, barbecue sauce, hoisin sauce, teriyaki sauce, salad dressings and relish all have added sugars that mount up,” notes Erin Gager, a dietitian at The Johns Hopkins Hospital in Baltimore.

Coleslaw is sometimes seen as a healthy side dish for its vegetable content. However, an average portion served at many fast food chains contains around 15 grams of sugar, according to WebMD. A healthier bet would be to make your own homemade coleslaw with less sugar.

“Just because it says ‘whole grain’ or ‘fortified with vitamins and minerals’ doesn’t mean there’s no sugar,” Gager warns regarding cereals.

Some breakfast cereals can contain around 12 grams (or three teaspoons) of sugar in a small 34-gram (1.2-ounce) serving, according to data published by FoodData Central, the American Academy of Pediatrics and the Journal of Health Communication.

“Granola and granola bars can be heavy sources of added sugars, so check their labels,” Gager warns.

There are a variety of granola bars that come coating with a yogurt or chocolate coating, made with several sweeteners such as corn syrup, brown sugar, honey, brown sugar syrup, dextrose, and fructose. Granola bars can have between around eight to 12 grams of sugar per serving, WebMD reports.

Oatmeal is a good source of fiber, however many of the packaged instant oatmeal packets come with lots of added sugars. Fruit-flavored ones can have around 10 to 15 grams of sugar per sachet, WebMD reports.

“Reduced sugar” varieties of instant oatmeal typically have around five to six grams of sugar per packet.

Protein bars have often been counted as healthy snacks, with foods high in protein linked to increased feelings of fullness, which can be helpful for weight loss.

But consumers should be mindful of the sugar content of protein bars, which may have around 20 grams of added sugar per bar, making their nutritional content not much different from that of a candy bar, according to data from FoodData Central.

Baked beans, which are savory, can be deceivingly high in sugar. About a cup of baked beans (around 254 grams) has around five teaspoons of sugar, according to FoodData Central.

Fruits are a good source of natural sugars but many canned fruits, which often contain a sugary syrup, have a high content of added sugars.

Mandarin oranges packaged with light syrup can contain around 39 grams of sugar per a one-cup serving. Draining the syrup before consumption would bring the sugar content down to around 15.5 grams, WebMD notes.

Dried fruits have a higher volume of sugar than fresh fruits due to all the water content having been drained from the fruit. A small 1.5-ounce box of raisins has over 25 grams of sugar, while a half cup of grapes contains around 12 grams of sugar, WebMD reports.

Sugars are highly concentrated in fruit juices. An 8-ounce (one cup) serving of Tropicana orange juice has only around 110 calories and zero grams of fat but has 22 grams of sugar, Naidoo notes.

“Those 22 grams of sugar are 88 calories—that is, more than half the calories in your morning glass of juice. And if you’re a woman, that’s nearly your entire sugar-calorie ‘allowance’ for the day,” according to American Heart Association guidelines.

“To think of it another way, that’s the equivalent of 5 ½ teaspoons of sugar,” Naidoo adds. “You probably wouldn’t add that much sugar to your morning coffee or tea.”

Smoothies are also considered a health food, offering a blend of fruits, milk or yogurt, mixed with various health supplements.

But many of the pre-made smoothies sold at retailers have been sweetened with fruit juice, ice cream or syrup, raising their sugar content. Smoothies from some brands are reported to contain more than 54 grams (13.5 teaspoons) of sugar in a 16-ounce or 20-ounce serving, according to data from FoodData Central and other sources.

Ice tea may seem like a low-sugar option instead of sugary sodas or juices. However, ice tea can have a surprisingly large amount of sugar. Most popular brands of lemon-flavored ice teas are reported to have around 32 grams per sugar per bottle, WebMD reports.

Several flavored water drinks infused with added vitamins and minerals, such as the brand Vitaminwater, also have a relatively high sugar content. A regular-sized 20-ounce bottle of Vitaminwater can have around 27 to 30 grams of sugar, according to the company.

Athletes often turn to energy drinks to both refuel as well as hydrate their bodies following and during intense workout sessions. Therefore, these sports drinks usually contain high concentrations of added sugars that can be quickly absorbed and used as energy.

A standard 20-ounce energy drink bottle can have 37.9 grams of added sugar, which equates to around 9.5 teaspoons of sugar, according to FoodData Central.

Many people overlook the high sugar content of alcoholic drinks.

Ireland’s Drinkaware charity notes warns that calories and sugar consumed through alcohol “can add up quickly.”

While plain bread might not seem like the most obvious source of sugar, many processed breads can have a high amount of sugar, in addition to the sugar that forms naturally in the baking process.

Two slices of Wonder Bread can contain around five grams of added sugar. Some flavored sliced breads, such as cinnamon or other fruit-flavored ones, contain even more added sugars.