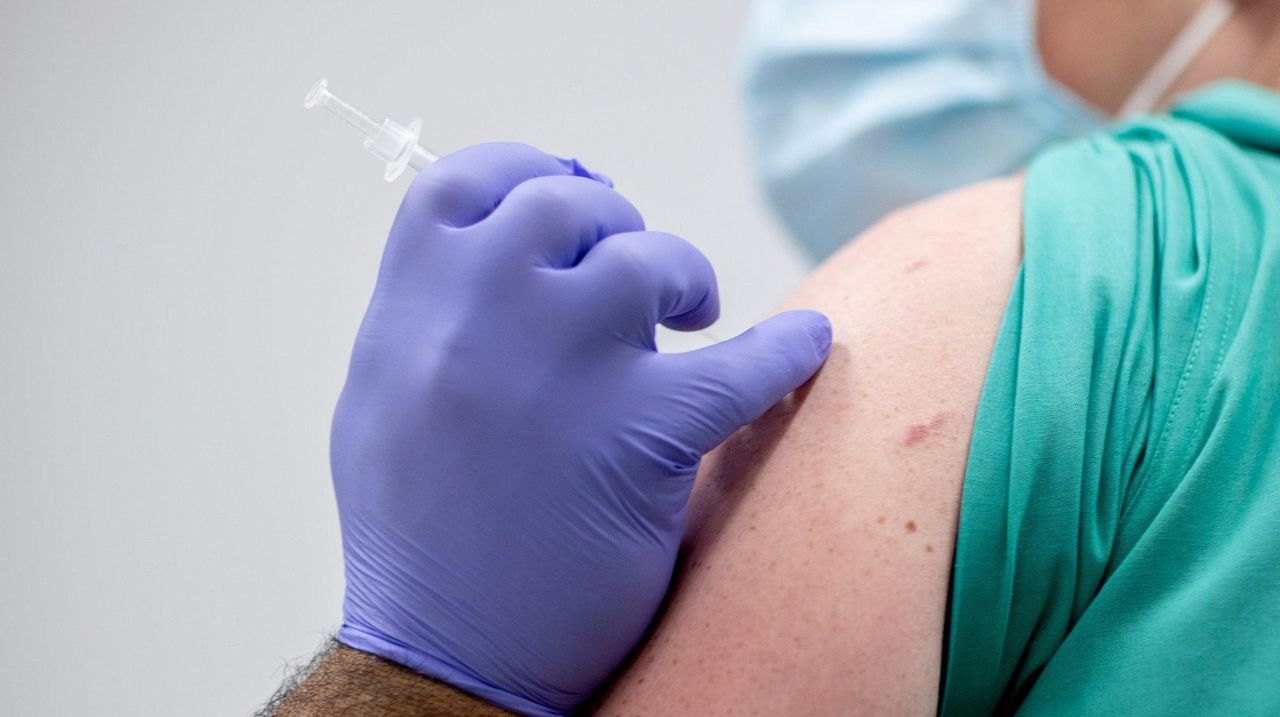 I am a disabled senior citizen. Since February, I have hardly left my house. I thought that people like me would be higher in the vaccine priority than we are — but our priority level seems to sink day by day. I understand the need to open the economy. However, I don’t think Gov. Andrew M. Cuomo really understands that people like me are part of the economy. We eat in restaurants, we shop in supermarkets, we buy merchandise, we go to movies and ballgames and concerts — in other words, we participate. Without the vaccine, however, we can’t participate without risking our lives. I find it ironic that if I had a disability and were in a residential facility, I could be vaccinated, but as a woman living in her own home, I can’t (yet). Yes, frail seniors and others in facilities should be prioritized — absolutely. First responders and medical personnel — of course. But why does that mean that people like me fall through the cracks?

When you think about the number of people who need to be vaccinated the next few months, I see no way our current health care structure could handle this [“NY sees highest COVID daily death total since May,” News, Jan. 2]. We need to create local mass-vaccination events and sites. Every community needs to set these up in fire stations, police stations, post offices, lodges, banks, schools, etc. Even that would not be enough. Vaccine deliveries need to be handled by the National Guard and private carriers who will focus on this 24/7. There is a blueprint for this. New York City vaccinated 6 million people in less than a month for smallpox in 1947. This is the time for local government to step up. Every local health care provider needs to be “drafted” to administer or supervise injections. We need to have a 24/7 production line mentality. Roll up sleeve, get it, move on. Nassau County has had at least six months to come up with a plan.

It’s amazing how the “who gets it first” debate rages on about the COVID-19 vaccine. The priority should be which group of people is in the most danger of dying. Should a healthy 25-year-old get priority over a 59-year-old who is undergoing chemo? Other than health care workers, who deals with patients every day? It should be based on facts, not what job one holds.

President Donald Trump is tweeting every day about voter fraud. His recorded phone call to the Georgia Secretary of State Brad Raffensperger to illegally change the valid votes of Georgians emphasizes the fact that he is trying to commit the very fraudulent charge he is claiming [“Trump, on tape, presses official to ‘find’ votes,” News, Jan. 4]. Millions of TV viewers heard it, and Raffensperger, a Republican, is to be commended for having the courage to record the call and expose the president’s hypocrisy.

What is the difference between “overturning the election” and overthrowing the government? In my view, nothing at all. The result of our elections, at all levels, is the formation of our government. Throw out the election and you throw out the government. It’s ironic that self-described constitutional scholar Sen. Ted Cruz is leading this unconstitutional charade. In 2016, he called presidential candidate Donald Trump, among other things, a pathological liar and immoral. Trump invited these comments by suggesting that Cruz’s father was involved in the assassination of President John F. Kennedy and humiliating Cruz’s wife. These are the people we are trusting to help us stop the spread of COVID-19 and prevent further cyber invasions by Russia? I can’t recall either of these “leaders” being as concerned about either of these existential threats in the past several months.

It’s shameful to me that the Farm Laborers Wage Board has continued to exploit farmworkers [“Farm OT effort stalls,” News, Jan. 2]. In this day and age, most workers are able to get overtime after a 40-hour workweek, but that does not apply to farmworkers. Can you imagine working a low-paying, back-breaking 60 hours a week, usually without benefits, before you can get overtime? Farmworkers are essential to our economy and yet are exploited. Would this be the case if many were not immigrants?

Nassau tax increases should be phased in

Responding to the letter “Curran’s team is handling Nassau County taxes fairly” [Dec. 20], yes, we were underassessed for several years due to no fault of our own. To me, it was the ineptitude of the county assessor’s office. So we received our tax increase for 2021-2022, and our annual school tax alone went from about $8,000 to $17,000! And our other taxes will increase from about $3,000 by the same percentage in January. So our total tax bill will be approximately $22,000. That’s double — in one year. All at once. Why can’t it be phased in? That’s a huge increase during a time when people are struggling because of the pandemic. I believe it’s unconscionable, and I hope Nassau County Executive Laura Curran will help.