Trump should not be prosecuted after WH exit 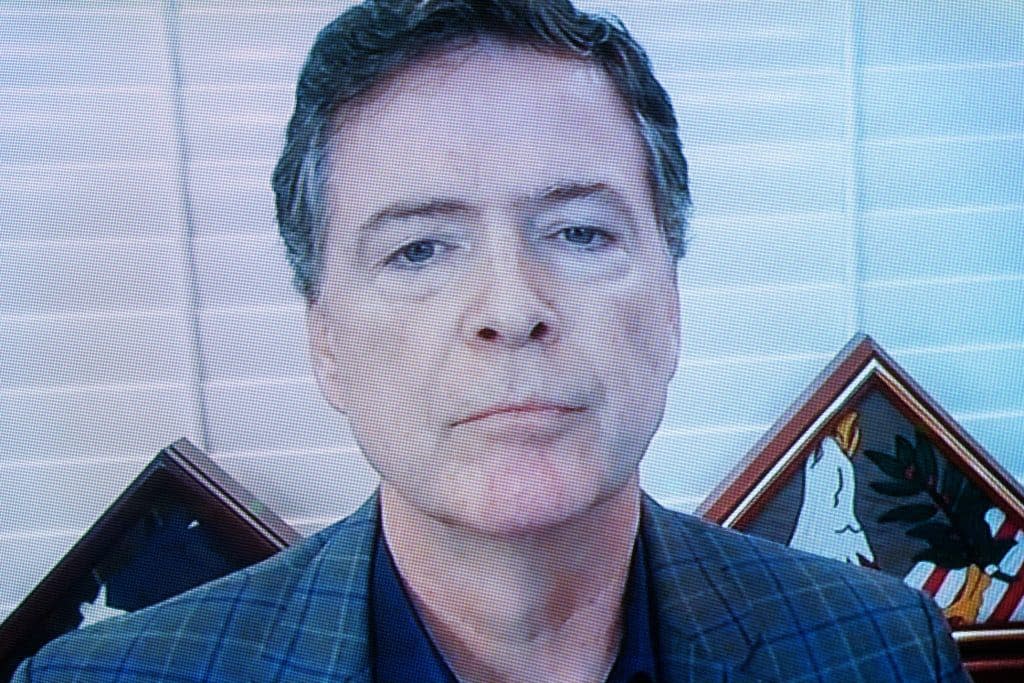 It looks like former FBI director James Comey doesn’t want Donald Trump to pay for any of his alleged crimes.

In his new book Saving Justice: Truth, Transparency and Trust Comey says regardless of the evidence against him, the president should not be federally prosecuted once he leaves the White House, per The Guardian.

He compares Trump to President Richard Nixon who was pardoned despite his involvement in the Watergate scandal.

“By pardoning a resigned president, Ford had held [Nixon] accountable in a way that Trump would not be, even were he to be pardoned after losing re-election,” writes Comey in his second book, set to drop Jan. 12. “That might not be enough accountability in Trump’s case. Or it may be, especially if local prosecutors in New York charge Trump for a legacy of financial fraud.”

His opinion is somewhat of a surprise, considering Trump fired Comey back in May of 2017 due to how he handled the Russian probe involving the president. He has also become known as a Trump critic.

Comey claims the trust of the American people is on the line.

“Although those cases might be righteous in a vacuum,” writes Comey, “the mission of the next attorney general must be fostering the trust of the American people.”

Trump could face charges for a myriad of reasons but most recently, lawyers say, he could face criminal charges for asking Georgia Secretary of State Brad Raffensperger to “find” him votes in his effort to challenge the results of the 2020 presidential election.

In the past, Comey has not minced his words about Trump. In a 2019 opinion piece for The Washington Post, he slammed the president saying, “It is tempting for normal people to ignore our president when he starts ranting about treason and corruption at the FBI, wrote Comey. “I understand the temptation. I’m the object of many of his rants, and even I try to ignore him.”

“But we shouldn’t, because millions of good people believe what a president of the United States says. In normal times, that’s healthy. But not now, when the president is a liar who doesn’t care what damage he does to vital institutions. We must call out his lies that the FBI was corrupt and committed treason, that we spied on the Trump campaign and tried to defeat Donald Trump. We must constantly return to the stubborn facts.”

Comey’s book was written before the Capitol insurrection, which is widely viewed as incited by Trump and his rhetoric about election fraud.

The post James Comey: Trump should not be prosecuted after WH exit appeared first on TheGrio.