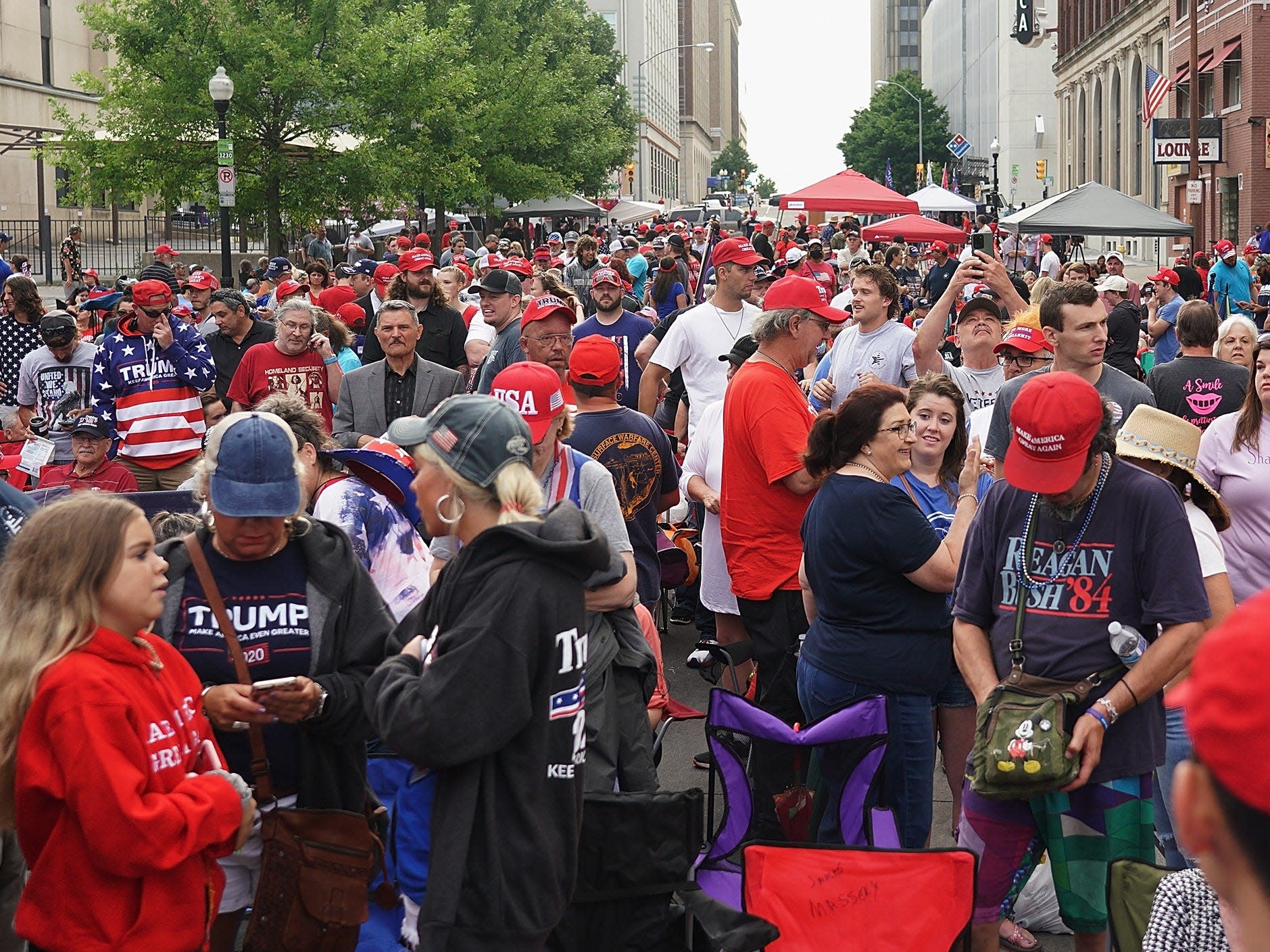 Health experts are worried that today’s rally for President Donald Trump in Tulsa, Oklahoma, could end up being a superspreader event. But those coming from across the country to glimpse the president at his first public gathering since the pandemic say they’re not concerned.

Deborah Adams, who came with her 5- and 9-year-old daughters, told Insider “the Lord brought us out here.”

Adams says she’s not concerned about COVID-19. “We’re healthy and strong and young,” she said.

One attendee told MSNBC a friend died from the virus and his son was on a ventilator.

“So we know it’s real, but then at the same time, you know, you don’t know what the facts are,” he said. “You feel like maybe one side plays it one way and the other side plays it another. Me personally I don’t really know.”

Others question whether COVID-19 is a threat at all.

“It’s pretty much a conspiracy brought on by the Democrats to try to disrupt the election process,” Gary Brumley, 60, told Insider.

Another man said his friend had died, but “the treatment that they gave him killed him, not the virus.”

Journalist Jeff Sharlet, who wrote about the near-religious fervor of Trump’s supporters for Vanity Fair, told MSNBC the mindset among rallygoers is “it’s not going to touch you at the rally.”

“You’ll be sort of magically protected,” he added.

But leading medical authorities have been raising the alarm all week.

“This virus really likes people being indoors in an enclosed space for prolonged periods of close face-to-face contact,” William Schaffner, a preventive medicine specialist at Vanderbilt University, told Business Insider previously. “You can’t have a superspreading event unless there are a lot of people around, so you have to be very careful still about gatherings of people of any size.”

Anthony Fauci, director of the National Institute of Allergy and Infectious Diseases, told the Daily Beast, he would not be in Tulsa.

On Friday, the Oklahoma Supreme Court unanimously rejected an attempt to force everyone inside the 19,000-seat BOK Center to wear a mask.

The justices said the petitioners, who included local residents and a real estate company, failed to establish a “clear legal right” to have such measures ordered.

“It is not the duty of this court to fashion rules or regulations where none exist, simply to achieve a desired outcome,” Justice Dustin Rowe said, according to NBC.

Current COVID-19 regulations in Oklahoma only require entertainment venues to “use their best judgment.”

“It is at the discretion of business owners or local officials to determine when and if social distancing measures should be applied,” they read, in part.

Six staffers on Trump’s advance team tested positive for the coronavirus ahead of the rally, the Trump campaign confirmed to Business Insider. A campaign spokesperson said none of the staffers or anyone who had been in “immediate contact” with them would be at the rally or near attendees or elected officials.

The campaign has also said attendees will undergo temperature checks and that hand sanitizer and face masks will be available.

Oklahoma has been in Phase 3 of lifting lockdowns since June 1, meaning businesses can resume a normal level of staffing.