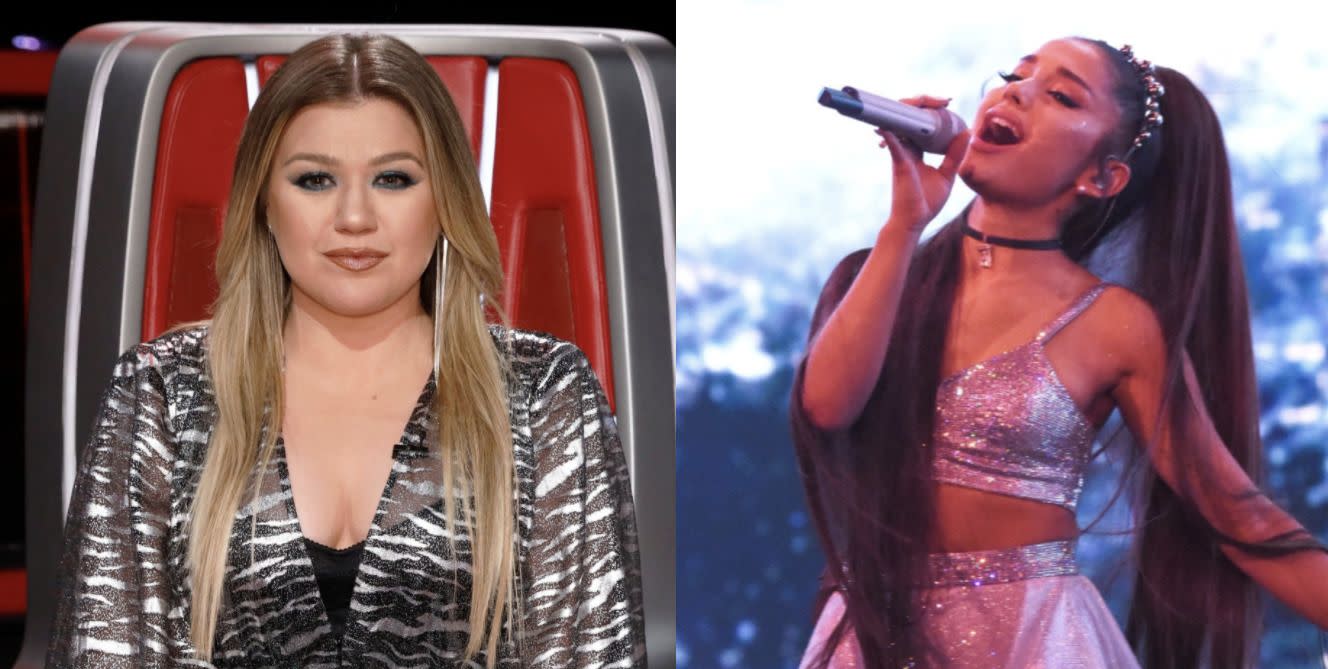 Kelly Clarkson hadn’t revealed all of her thoughts about Ariana Grande joining The Voice next season … until now.

It all came to light on Monday’s episode of The Kelly Clarkson Show during a segment of “Kellyoke.” The 39-year-old talk show host asked an audience member to sing a bit of Stevie Wonder’s 1981 R&B song “Lately.” After he belted out a few lyrics, Kelly loved what she heard and encouraged him to audition for The Voice. But she made one thing clear: If he did follow through, he couldn’t choose the “Positions” singer as his coach over her. (You can watch below at the 0:23 mark.)

“And if you pick Ariana Grande, I will kick your a– … ‘cause she’s definitely my biggest competition next season,” Kelly said. “They said she was signing on, I was like ‘We’re all going to lose.’ I love her though. I’m excited about it.”

Kelly’s fans watching the moment on YouTube loved her sense humor and took to the comments section to weigh in.

“Haha some healthy competition is always good,” one person wrote. “Look on the bright side, Ariana will bring in a new audience, and new talent,” another added. “I love Kelly’s personality. She’s hilarious,” a different follower commented.

In late March, when Kelly first heard the news that Ariana was going to be a coach on The Voice season 21, she congratulated her on social media alongside fellow coaches Blake Shelton, John Legend and Nick Jonas. Ariana will be replacing Nick next year on the panel.

Over on Twitter, Kelly shared her excitement to have another lady vocalist on the competition series.

“Next season we are bringing y’all some powerful female energy!” she wrote. “Welcome to the @NBCTheVoice family @ArianaGrande.”

We can’t wait to see Kelly and Ariana face off next season. Who knows, maybe one of them will beat Blake.