The face of America’s fight against coronavirus 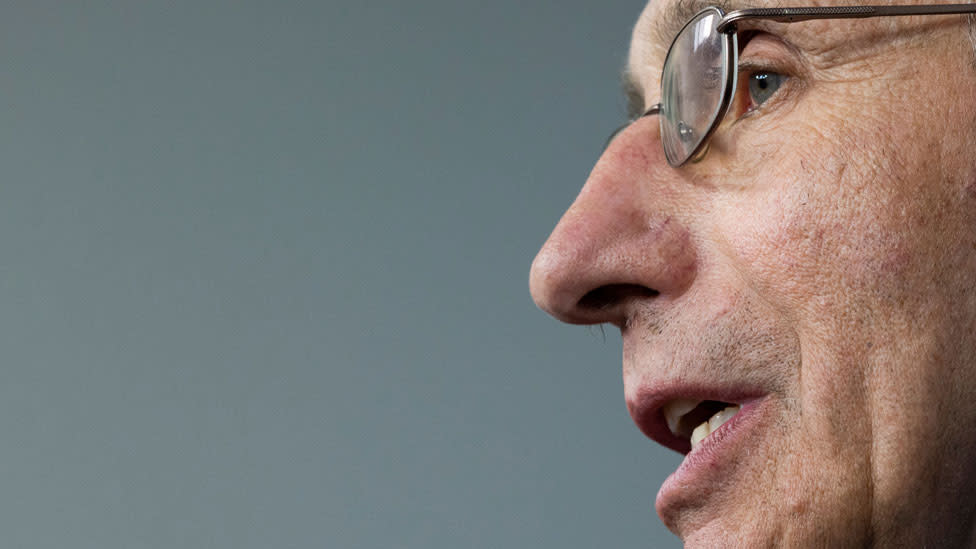 Dr Anthony Fauci has emerged as the face of America’s fight against coronavirus. But he is also battling the dangerous spread of misinformation, sometimes from within his own government.

Over his five decades as a medical researcher, Anthony Fauci has seen his effigy burnt, heard the cries of protesters calling him a “murderer”, and had smoke bombs thrown outside his office window.

But he has also been praised as the most famous doctor in America, and the man whose compassion and calm helped the US make otherwise impossible strides in confronting a public health crisis.

As head of immunology at the National Institutes of Health during the 1980s HIV/Aids epidemic, Dr Fauci, 79, has seen conflict before.

Now, as the US struggles to contain the pandemic six months after its first known case, the White House is targeting Dr Fauci by briefing reporters about his alleged mistakes.

Born on Christmas Eve, 1940 to a family of immigrant Italian pharmacists in Brooklyn, Anthony was “delivering prescriptions from the time I was old enough to ride a bike,” he told the Holy Cross college alumni magazine in 2002.

In 1966, he graduated first in his class at Cornell medical school, whose library he had helped build as an undergraduate working construction to earn money over the summers.

Following a medical residency, he joined the NIH in 1968 as part of the US war effort, instead of being drafted to fight in Vietnam. “Yellow Berets”, the researchers were called – a play on military division Green Berets.

A turning point in his career came decades later, he said, when a report landed on his desk on June 5, 1981, describing the death of an otherwise healthy patient from a strange pneumonia normally seen in people with cancer. Another report soon followed describing 26 deaths, all gay men.

“I remember reading it very clearly,” he later said. “It was the first time in my medical career I actually got goose pimples. I no longer dismissed it as a curiosity. There was something very wrong here. This was really a new microbe of some sort, acting like a sexually transmitted disease.”

As a clinician, Dr Fauci’s work on the regulation of the human immune system was credited with helping to reveal how the HIV virus destroys the body’s defences. He led clinical trials for zidovudine, the first antiretroviral drug to treat Aids.

As the epidemic swept through the US in the 1980s, however, he became the target of activists angry at the Reagan administration’s muted response and lack of access to novel drugs.

Protesters held signs outside government offices that said: “Dr Fauci, you are killing us” and he was denounced on television by activists.

The playwright and gay rights advocate Larry Kramer even modelled the antagonist of a play after him.

“I remember looking out a window and people on the lawn of the NIH were throwing smoke bombs,” Dr Fauci recalled in a 2011 interview. “Police were ready to arrest them and I said, ‘Don’t. Bring them up to my office so I can talk with them’.”

His compassion for Aids sufferers was lauded, and he was credited with convincing regulators to loosen restrictions on clinical trials for patients to test new drugs.

The New York Times called him “the government’s leading Aids celebrity” – but noted that he still actually did all his research work himself, not like “a lot of people you see quoted on TV [who have] assistants don white coats and do all that tedious work”. He was awarded the highest US civilian honour, the Presidential Medal of Freedom, in 2008.

In 1984, he was appointed director of the NIH’s Allergy and Infectious Diseases division, a title he still holds.

The research division he leads has overseen studies on everything from Aids to Ebola to asthma.

He has advised six presidents, helping to found George W Bush’s US government Aids initiative in Africa and now, serving as explainer-in-chief to the public amid the Covid-19 outbreak of the Trump era.

For Americans, he has become a trusted presence behind the podium at White House Covid-19 briefings, where he has dispensed facts about the US response, explaining the science and sometimes correcting President Trump’s pronouncements.

A vaccine will take at least a year and a half, he has said, dampening Mr Trump’s optimistic claim one would be ready very soon.

The current US leader, who is known to dislike being challenged, has even begrudgingly given Dr Fauci a high compliment. The researcher, Mr Trump has said, is “a major television star”.

However, observers say his contradictions of the president’s claims has laid bare the frictions of working with the White House. When Dr Fauci told CNN in an interview that the US “could have saved lives” if it had introduced measures to stop Covid-19, Mr Trump shared a tweet on firing him.

Dr Fauci told Science magazine that when it comes to giving the public correct information, “I’m trying my best. I cannot do the impossible”.

“I can’t jump in front of the microphone and push him [President Trump] down. OK, he said it. Let’s try and get it corrected for the next time.”

But he will try and stay the course, he said, adding: “To my knowledge, I haven’t been fired.”

In early May, Dr Fauci was blocked from testifying to a panel in the Democrat-controlled House of Representatives that was investigating the country’s response to the pandemic.

The White House said that as Dr Fauci is part of the government response to Covid-19, “it is counter-productive to have the very individuals involved in those efforts appearing at congressional hearings”.

He instead appeared in front of the Health, Education, Labour and Pensions Committee of the Republican-controlled Senate on 12 May.