Sergio Alcantara got his wish and achieved his lifelong dream in 2020.

He made his MLB debut with the Detroit Tigers and played 10 games in the shortened season. No fans in the stands because of the COVID-19 pandemic made for an uncanny atmosphere, but he didn’t care.

Going 3-for-21 didn’t bother Alcantara either; he was happy to be there.

But the 24-year-old shortstop is altering his mindset to accomplish goals. The most important objective is learning how to stick with the Tigers. He is focused on three tasks this winter with Tigres del Licey, a team in the Dominican Winter League, and needs to battle through the ups and down of the season.

“As long as I have the opportunity, I will develop as good as I can,” Alcantara told the Free Press last week. “Keep working hard until I see the results happening, the results I want.”

Through 23 games in the Dominican Republic, Alcantara is 18-for-70 (.257) with two doubles, one triple, two home runs and eight RBIs. And he has eight walks to 21 strikeouts. He had a .340 batting average through his first 16 games but went through a slump this past week.

The first task is to ask for help.

Alcantara is leaning on his teammates, Emilio Bonifacio and Sandy Leon, for insight into having a lengthy MLB career. Bonifacio, 35, has played 834 games across 12 seasons for eight teams. Leon, 31, has 417 games in nine seasons for three teams.

“I have a lot of experience playing with veterans,” Alcantara said. “They know how you can get better and stay in the major leagues. There’s a lot of people who play in Major League Baseball. Those are veterans that are always giving us tips and advice that will help us to stay in the majors and feel better at the end of our career. Obviously, I learn a lot from them.”

The second task is to create healthy habits at the plate. If Alcantara can’t consistently get on base, he will be a liability and won’t last long in the majors.

“The thing I’m focusing on the most is working on my hitting and having routines in the cage,” Alcantara said, adding he is discovering more power within him. “We’re using small bats (in the batting cage to help with inside pitches), and then I’m using my regular bat for playing. Right now, something I’m doing different is finishing my swing with both hands on my bat, which is not like I used to.”

For the Tigers in 2020, the 5-foot-9, 151-pound shortstop had a .143 batting average in 10 games, one triple, one homer and one RBI. He walked twice with four strikeouts. If he can’t upgrade his bat, expect him to become a long-term utility player.

“It depends on what your mindset is when you walk toward the plate,” Alcantara said. “It doesn’t matter if you made an error in the field playing defense. You have to take an at-bat. Back in the majors, I learned a lot. It helped me to be more relaxed … and bring a hitting plan when I go up to bat: try to find the pitch I want, make good swings and make contact with the ball.

“Also, the drills I’m doing in the cage on a daily basis help me to bring my body toward the ball, use the barrel of my bat and make good contact.”

Another key task involved with becoming a mainstay in the majors is making defensive strides. When the Tigers acquired Alcantara from the Arizona Diamondbacks — with Dawel Lugo and Jose King — in the J.D. Martinez trade in July 2017, he was noted as a glove-first infielder.

[ Did the Tigers get enough for J.D. Martinez? Scouts sound off ]

Alcantara put his defense on display throughout his three-year run in the Tigers’ farm system, too. He played second base and third base in his brief stint last season, but is primarily a shortstop. In the minors from 2013-19, he spent 545 games at shortstop, 73 games at second base and five games at third base.

Since joining the Tigers, he has been praised as the best defensive infielder in the organization. But that might not be the case anymore, considering what’s happening in the Dominican Republic. While he had a spectacular game-winning play Dec. 11 for the final out against Toros del Este, he has six errors in 89 chances (.933 fielding percentage) at shortstop.

The coaches for Tigres del Licey aren’t concerned with Alcantara’s fielding, but when it comes to throwing, he needs to make improvements.

If neither his fielding nor hitting experience a boost, it will be tough for him to get back to the majors and stick around. That’s why this offseason in the Dominican Republic is the most significant of his career.

“My dream was to make it,” Alcantara said. “Now my goal is to stay.” 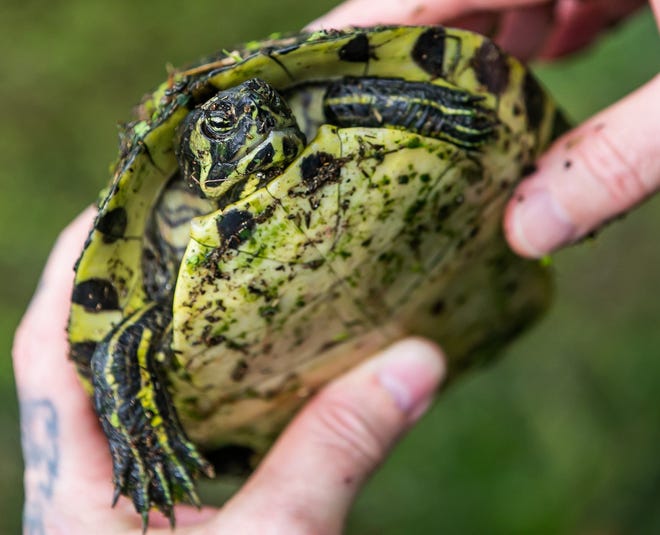 What do turtles eat? Here’s what you need to know.