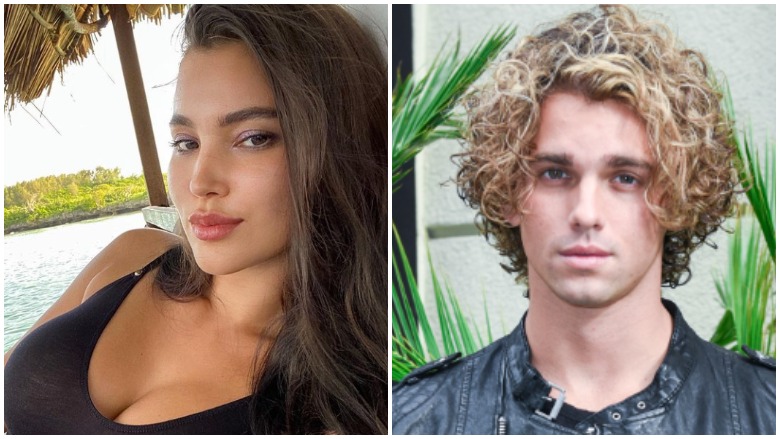 Svetlana Bilyalova is a fitness model and a social media influencer who claims to be the woman featured in Jay Alvarrez’s alleged leaked sex tape.

He added that the video may have been leaked.

Bilyalova has since come forward as the woman shown in the tape, accusing Alvarrez of publishing the video without her consent.

In a now-deleted YouTube video, Bilyalova said Alvarrez asked if he could film the two of them having sex , according to the Daily Dot. However, she added that he threatened to leak the tape when she wanted to break up with him, the outlet continued.

still supporting jay alvarrez in 2021?🥶 also,,,, Her name is Sveta Bily and she deserves so much better 🤢 #jayalvarrez #stevabily #coconutoil

Bilyalova said she believes Alvarrez leaked the tape as part of financial stunt.

According to the Daily Dot, “Bilyalova showed her alleged WhatsApp conversations with Alvarrez. In one message, he threatened to post their sex tape if she didn’t call him.”

“She also showed videos of Alvarrez sent from the number on WhatsApp to prove it was him, and she claimed he only changed his number after their sex tape leaked,” the outlet reported.

Tana Mongeau, a social media influencer who says she is friends with Bilyalova, confirmed in a December 22 episode of Zane and Heath: UNFILTERED that the Russian model was the woman in the tape. Mongeau briefly dated Alvarrez in 2018.

Here’s what you need to know about Svetlana Bilyalova:

Bilyalova was born in Moscow, Russia on June 20, 1988, according to Famous Birthdays.

In her 2014 blog, Bilyalova wrote, “You may call me Svet, Lana, or Svetlana.” Famous Birthdays reported that she has one sister named Anna.

The 32-year-old also stated on her blog that she is a mother dedicated to “fashion” and “giving great advice.”

HITC said the model strives to “keep her personal life under wraps.”

The Russian model boasts 6 million followers on Instagram, generating millions of likes and views on her pictures and videos.

Best known for her selfies, Bilyalova appears to be a lover of fitness. She frequently posts pictures of herself sporting gym clothes and shares tips for healthy eating.

According to Famous Birthdays, she “first began posting to Twitter in July 2013, shortly after opening her Instagram in January of the same year.” She now has over 30,000 followers on Twitter.

The 32-year-old also posts vlogs of her daily life to YouTube for her over 5,000 subscribers.

Today’s photo shoot was with a good friend of mine Alexei Bazdarev! Alexei worked with me before for Mira Sezar! pic.twitter.com/SlTGgNOpTL

In 2014, Bilyalova wrote in her blog that she had the opportunity to model for “Fashion God” Mira Sezar.

She claimed the two have since become best friends, writing:

I had the chance to work with Mira not that long ago! You can go on my twitter and look for the Mira Sezar photo’s I took for her.

Mira Sezar is now my best friend and my 2nd manager when I have things to do with Mira.

Sezar appears to sell clothing on varying social media accounts and is frequently featured on Pinterest.

The video stars Bilyalova, Future and The Weeknd, who also co-produced the song, Billboard added.

On YouTube, the video has generated over 600 million views and shows several clips of Bilyalova in different outfits.

5. The Model Was Dubbed ‘the Lovely Lady of the Day’ by Sports Illustrated

In May 2015, Bilyalova was dubbed “the Lovely Lady of the Day” by Sports Illustrated.

“Scott (from Parts Unknown) and Adrian (from Los Angeles) both wrote in recently asking me to feature Russian model Svetlana Bilyalova as LLOD,” he wrote. “I almost always grant an LLOD request when it comes from more than one person, especially when their request looks like Svetlana.”