Straight facts about Splenda and its affect on health 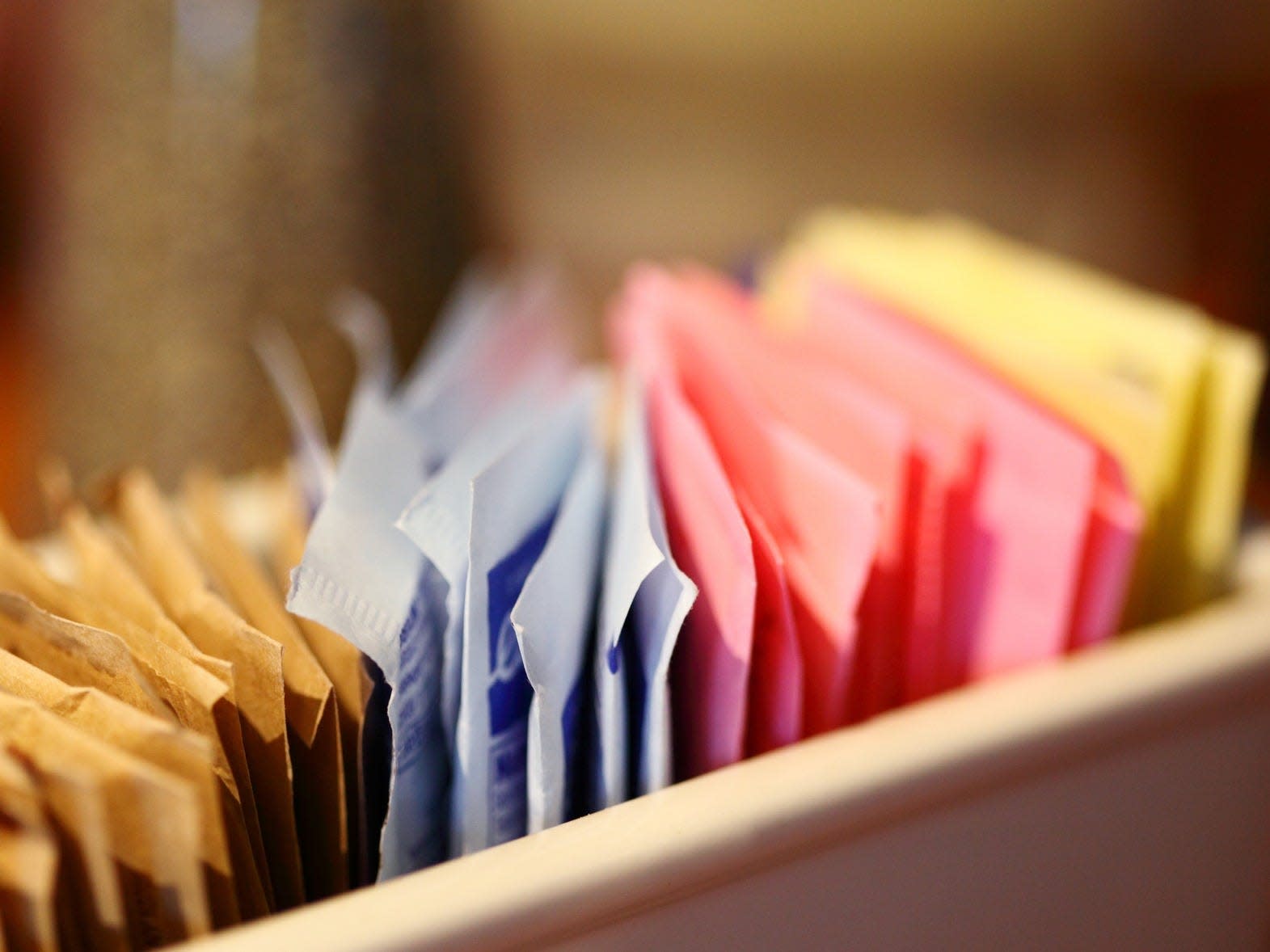 Many people turn to artificial sweeteners in an attempt to cut calories from sugar out of their diets and lose weight. However, some of these sugar substitutes have been controversial for decades.

One sweetener, Splenda, has even raised concerns for causing cancer, though there’s no substantial proof. Here’s what researchers have actually found so far on Splenda’s health effects.

What is in Splenda?

Splenda is one of the brand names for sucralose-based artificial sweeteners. Other brands include Sukrana, SucraPlus, and Nevella. Sucralose was first approved as a general-purpose sweetener in 1999 by the FDA.

The Splenda-making process starts with sucrose, also known as table sugar.  The chemical structure of sucrose is then altered into a new compound called sucralose, from which the human body cannot absorb any calories.

This result is an artificial sweetener that is extremely sweet – 600 times sweeter than regular sugar — and low-cal. One packet of Splenda contains 3.36 calories.

The FDA says that sucralose is safe — capping the recommended maximum intake at 23 packets a day, or about the equivalent of 5.5 teaspoons. However, some nutritionists disagree with the FDA.

Danica Cowan, MS, RD, a dietitian at UCSF Osher Center for Integrative Medicine, strongly advises against using any chemical artificial sweeteners, not just Splenda. Cowan says that until we have unequivocal proof that chemically-altered artificial sweeteners are not harmful, everyone should err on the side of caution.

A study published in Cell Metabolism in 2020 found that consistently eating sucralose and carbs together for 10 consecutive days decreased insulin sensitivity in otherwise healthy adults. In other words, it’s possible that consuming too much sucralose-based sweeteners may cause you to have higher blood sugar, which can increase your risk of prediabetes. However, this research is relatively new, and there are no other studies to confirm its conclusions.

Splenda may cause GI issues

There’s talk that artificial sweeteners may have a negative impact on gut health. However, so far, the only studies on this effect have been done in animals and there’s no proof that the results apply to human health.

That said, artificial sweeteners including mannitol and sorbitol have been shown to cause GI issues like diarrhea. Whether this has any long-term adverse effects on gut health, though, is unknown.

Splenda does not cause cancer

In 2016, a study published in the International Journal of Occupational and Environmental Health made media headlines for its supposed link between Splenda and an increased risk of cancer.

However, the study was performed in mice and the researchers reportedly fed the rodents at least 12 times more sucralose than what’s recommended for human consumption. The mice were eating this amount every day until they died.

Later in 2016, a different group of researchers published an extensive review in the Journal Nutrition and Cancer concluding that, “sucralose does not demonstrate carcinogenic activity even when exposure levels are several orders of magnitude greater than the range of anticipated daily ingestion levels.”

Artificial sweeteners, in general, can actually backfire for those who are trying to lose weight. According to a 2010 mini-review, artificial sweeteners affect the brain differently than true sugar, leaving it less satisfied which can spark additional sweet cravings.

When we eat sugar, reward pathways in our brain are activated, and they release hormones that make us feel good, which explains why we love sweets so much. On the other hand, when artificial sweeteners are consumed, those same pathways are activated only partially since they don’t contain calories, meaning they can’t be broken down into energy for the body. This can lead you to crave more, eat more, and possibly gain weight.

There is a deficit of studies that investigate the long-term health effects of Splenda consumption. From what researchers have found, Splenda isn’t horrible for you, but it also isn’t necessarily good for you, either. And it definitely doesn’t add any nutritional value.

How to cut down on sugar in a safe, effective way

Cowan says that if you want to reduce your sugar intake, then start by cutting back slowly and steadily. “If you just begin to cut back on sugar and sweets in general, your body adjusts. Your taste buds adjust, and you crave sweets less and I think that’s very beneficial.”

If you have intense sugar cravings and aren’t ready to cut back on traditional sweets just yet, Cowan says artificial sweeteners can have a place. But she suggests trying healthier sugar substitutes instead of Splenda. She highly recommends using Stevia or Monk Fruit, which are more natural than Splenda. Both of these sweeteners come from plants and are not artificially derived from other substances or chemicals.

Lastly, if you’re trying to lose weight, take a hard look at your overall diet. Weight loss and health are about way more than just using an artificial sweetener or not. Cowan recommends focusing on having a healthy balanced diet of whole foods, and avoiding highly-processed foods.

For help with weight loss check out our guide on how to lose weight safely. You can also consult a doctor or dietitian for guidance.