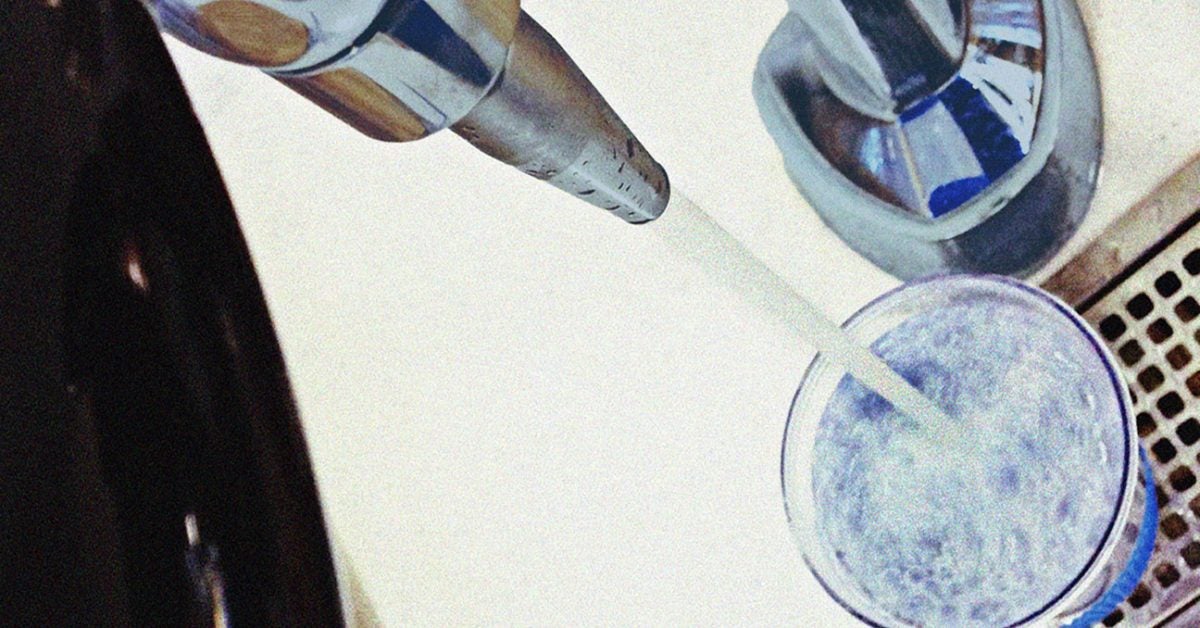 Sparkling or carbonated water forms naturally when volcanic gases dissolve in springs or wells of natural water. This naturally occurring sparkling water often contains minerals such as sodium or calcium.

There has been some debate regarding the health implications of sparkling water. Read on to discover the possible risks of drinking sparkling water and how it compares to other carbonated drinks.

Water is an essential resource that all people need to live. A person cannot survive without water, as it is required for many processes within the body. However, certain properties of sparkling water may be associated with health risks.

Learn more about the benefits of drinking water here.

There are theories that carbonated beverages can cause calcium loss in bones. Researchers believe that phosphorus, which is present in some sodas, reduces the amount of calcium that the body can absorb. According to a , cola beverages are associated with low bone mineral density in women.

However, carbonated water does not contain phosphorus. In addition, most people get sufficient phosphorus from food, according to the National Institutes of Health (NIH).

According to the National Osteoporosis Foundation, certain carbonated mineral waters can help improve bone health. The organization notes that carbonated drinks should not take the place of calcium-rich beverages, such as milk.

Sparkling water, whether natural or artificial, contains CO2, which makes it slightly acidic. Acid in food and drinks can erode the hard protective layer of the tooth, known as the enamel.

In a , researchers found that artificially carbonated water eroded tooth enamel in a laboratory setting. The erosion of enamel increased when the water had higher levels of carbonation.

A person may be able to limit the eroding effect of carbonated water by drinking through a straw. Doing so can prevent the sparkling water from touching the teeth, as it moves more directly into the throat.

There are conflicting studies on the effect of sparkling water on weight gain.

There is suggesting carbonated water can increase ghrelin, which is a hunger hormone. These findings were in an animal study, and the results have not been corroborated in human studies.

When compared to other drinks, carbonated water can be seen as a healthier alternative. Plain carbonated water consists of water and CO2, meaning there are no added sugars, sweeteners, or artificial flavorings. Sparkling water hydrates the body in the same way as plain water.

Comparatively, according to the , these drinks contain sugar in the following quantities:

A person who drinks sugary beverages regularly of certain health conditions, such as:

The CDC state that sugary drinks are the primary source of added sugars in the American diet. They also note that, on a given day between 2011 and 2014, of youths drank a sugar-sweetened beverage (SSB), averaging 143 calories. In the same period, of all U.S. adults consumed an SSB, averaging 145 calories.

Information from the CDC suggests that adults and adolescents are more likely to drink sugary beverages if they also:

A person who would like to add some healthy flavor or sweetness to their sparkling water can try:

Adding healthy fruits, vegetables, or herbs to their water means a person gets additional benefits from their vitamins and minerals.

Sparkling water can occur naturally or be created artificially.

Sparkling water does not cause calcium loss, but it may contribute to tooth decay. Carbonated water may also cause flare-ups of IBS symptoms. More studies are required to understand the effect of sparkling water on weight gain.

Carbonated water is a healthier alternative to sugary drinks. A person can add fruits, vegetables, or herbs to sparkling water to gain additional flavor and health benefits.