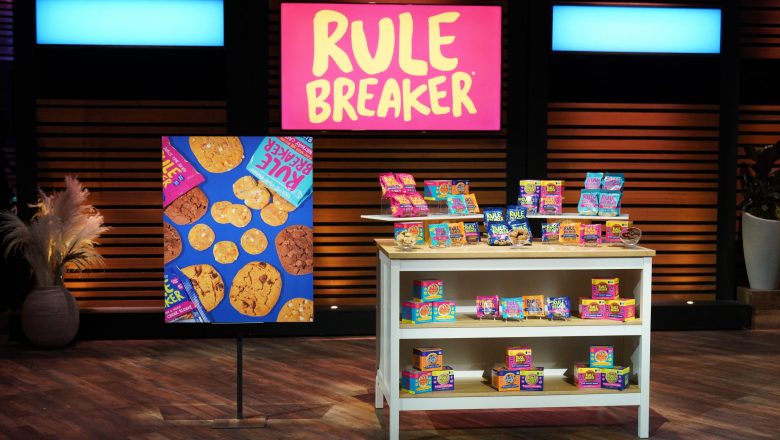 Entrepreneur Nancy Kalish took her snack company, Rule Breaker Snacks to the Sharks on ABC’s Shark Tank to see if she could get a deal from one of the investors on the show.

According to the episode synopsis, the entrepreneur from Brooklyn, New York “breaks all the rules with her guilt-free vegan treats.”

The entrepreneur was able to pitch her product to Sharks Kevin O’Leary, Barbara Corcoran, Daymond John, Lori Greiner and Mark Cuban. As always when the product is a healthy version of a treat, Cuban is the Shark to watch out for.

Here’s what you should know about Rule Breaker Snacks on Shark Tank:

1. They Were Created by a Former Health Journalist

According to the story on the company’s website, the Rule Breaker Snacks were created by Nancy Kalish, a former health journalist and certified health coach who wanted to eat sweet things without having to eat unhealthy desserts.

Kalish started out by trying to make black bean brownies, but they didn’t satisfy her sweet tooth.

Though they didn’t end up that way, the Rule Breaker Snacks started with a recipe for black bean brownies and eventually became much more satisfying than that, according to the website.

Since black beans kept giving the brownies an overpowering texture and taste, Kalish decided to try to use chickpeas instead.

“Finally, after a year, I had created the perfect recipe with no beany taste,” the website reads. Now, each of the products seem to start from that base.

3. There Are Several Flavors Available

At the time of writing, there are multiple flavors and varieties of Rule Breaker Snacks available for purchase online.

As for the other types, there are deep chocolate brownies, chocolate chunk blondies, birthday cake blondies and P’Nutter chocolate chip blondies. The brownies and blondies range from 230 calories to 250 calories.

According to the company website, Kalish created the snacks with the intention of keeping them almost totally allergen free.

“I wanted to make something everyone could eat,” the site reads. “Rule Breaker Snacks are free from many common allergens (no wheat, tree nuts, peanuts, dairy, eggs, soy, fish or shellfish.)”

The products also don’t contain coconut, sesame or gluten. They are completely vegan, non-GMO and kosher.

5. The Products Are Available Online

At the time of writing, Rule Breaker Snacks are available to purchase online at the company website as well as on Amazon.

The products mostly have good reviews on each of the sites with many people writing that the texture was better than expected and others commenting on the taste of the products.

Tune in to Shark Tank to see if Kalish can score a deal from one of the Sharks in the tank.