Rob Lowe is commenting on longtime friend Gwyneth Paltrow’s headline-making revelation on his Literally! With Rob Lowe podcast that his wife, makeup artist Sheryl Berkoff, gave her oral sex tips when she was a teenager. ET recently spoke with the 56-year-old actor, who was clearly amused by the risque talk.

“I’m telling you, listen, when I say it’s intimate conversations,” he cracks to ET’s Rachel Smith. “I would never pull one over on my fans.”

During the podcast, Paltrow shared that she met Berkoff when she was 15 or 16, when Berkoff was doing her mother, Blythe Danner’s, makeup for a television movie. Berkoff was dating Keanu Reeves at the time — whom Paltrow said was her celebrity crush — and the Goop founder said she was “immediately obsessed” with her.

“She was so cool,” Paltrow recalled. “She knew that I was sneaking cigarettes, and she would come smoke with me behind the trailer. And, she taught me how to give a blow job, and you know, all the classic Sheryl stuff.”

“And I just worshiped her,” she continued. “I thought she was literally the coolest chick of all time. And she was so awesome to me!”

Berkoff and Reeves eventually broke up, and she married Lowe in 1991. They have two sons together, 27-year-old Matthew and 25-year-old John. John recently joked about Gwyneth’s racy story about his mom on Twitter, writing, “2020 has been a wild ride, but this has settled it for me. I choose death by murder hornets.”

Lowe tells ET of Paltrow’s revelation, “GP calls and … I was not aware of that story. But can I just say, it doesn’t surprise me.”

“And that really is the beauty of, one, loving doing this podcast, because, you know, anybody can do a podcast,” he continues. “So, you have to ask yourself, ‘Why you? Why me?’ And it’s because of these long-term relationships with people like that Gwyneth story … because we have this history, this amazingly long history. And it’s the same with all of my guests. So, I think every episode, people are seeing a side where they’re like, ‘Whoa, OK. I didn’t know that.’ But let’s face it, the Gwyneth story kind of takes the cake.”

Lowe said his wife was a good sport about the conversation.

“I was like, ‘Love bug, you are probably going to get some attention, but I am a journalist now and I can’t self-edit freedom of the press, of the speech. I am just not your husband now, I am a certified journalist,'” he jokes.

Next year, he and his wife will actually be celebrating their 30th wedding anniversary, and Lowe reflected on the milestone.

“I think people have a tendency to think a big, long, successful marriage is all unicorns and rainbows and it’s not, you know?” he continues. “Nothing in life is and it’s fantastic eight out of 10 days — brilliant — but there’s always going to come challenges. And I think people can be not willing to work through the challenges or to not see them coming, and we’ve been able to do that and it’s been so far so good and I’ve been a very, very, very lucky dude.”

Lowe also talked about how he and his family have been doing under quarantine.

“We’ve been really lucky everybody’s healthy,” he says. “My boys are back in the house, which I always love, but I don’t think they love it. I don’t think 20-something young men are meant to live with Mommy and Daddy. But here we are. And we’re having a good time as a family, but honestly, I’ve been working a lot.”

He’s also being mindful to stay on track when it comes to his eating habits.

“I work with Atkins, I’m partners with them and have been for a couple years now, and it’s a great relationship because I’ve been eating Atkins, you know, for years, which is basically just low carb, high protein,” he shares. “But even I have been losing the ice cream battle during the pandemic. And when I talk to all my friends, everybody’s the same. Everybody’s got, like, the Covid you know, 10 pounds or whatever. So, I’ve been starting with my family just to kind of get our act back together and, you know, it can’t go on forever. So, I’m doubling down. I’m making them happy Atkins bars and going into the free app and meal plan and doing the whole thing to get it together. Because we gotta come out in the world soon.”

“Look, no one’s perfect,” he adds. “For me, like, being in shape and being fit and eating in the right way, I always am worried I’m doing it wrong or somehow someone’s doing it better than me or whatever, and it’s a sort of a barrier to entry for people, I think. And the truth of it is, is something’s better than nothing. Nobody’s perfect. It’s progress not perfection, and I think those things are are at play in all areas of life, and particularly in your health.”

Meanwhile, back in October, Lowe talked to ET about the upcoming reboot of his 1985 film, St. Elmo’s Fire, and reminisced about the special bond the original cast had. Watch the video below for more: 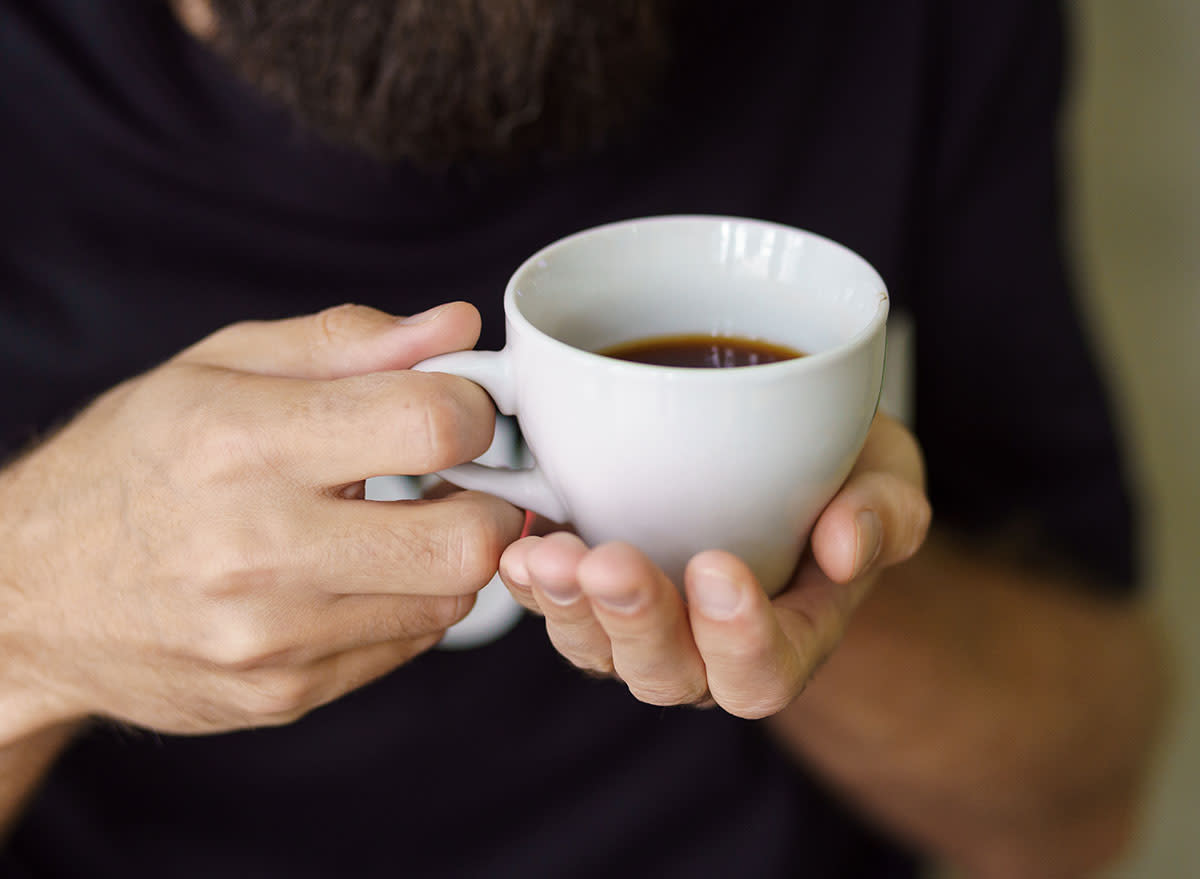