CBS Sports | Mike Axisa: In case you haven’t heard, the Yankees traded for Pirates right-hander Jameson Taillon. Here’s another look at some of the trade’s aftershocks, which include a rotation that’s now chock full of risk and upside, as well the probable end of Masahiro Tanaka’s tenure in the Bronx.

NJ.com | Brendan Kuty: The Yankees are reportedly interested in salary dumping Adam Ottavino. The inconsistent right-hander is due $9 million 2021, coming off a 2020 in which he struggled mightily. Surely the Yankees would like to attach a low-level prospect to Ottavino to convince a rival team to eat his whole guarantee. Ottavino has had an uneven tenure in the Bronx, but his stuff is still electric, and he can be a lot of fun to watch when he’s on. As always, it’s rather a shame when potentially exciting players are reduced to little more than a luxury tax figure.

New York Post | Joel Sherman: The Yankees have been burned before when pinning their hopes on older, former superstars. Sherman argues the team is about to get burned again, likening the Corey Kluber signing to the acquisition of Troy Tulowitzki two years ago. Both erstwhile studs were 34 at the time they came to the Bronx. Tulo, of course, flamed out after another unfortunate bout of injuries. I’m personally more optimistic about Kluber’s chances of rekindling some of his past form, but there’s obviously downside risk here.

NJ.com | Joe Giglio: The standard lineup for the Yankees in recent years has notoriously skewed right-handed. On most nights on which their stars were healthy, you could count on the Yankees trotting out seven or eight righty mashers. Giglio writes that the Yankees should consider evening things out with a flyer on Joc Pederson. Should the Yankees not re-sign Brett Gardner, Pederson would certainly profile as a solid bat to add to the outfield rotation. 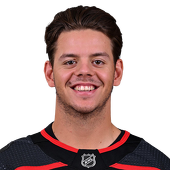