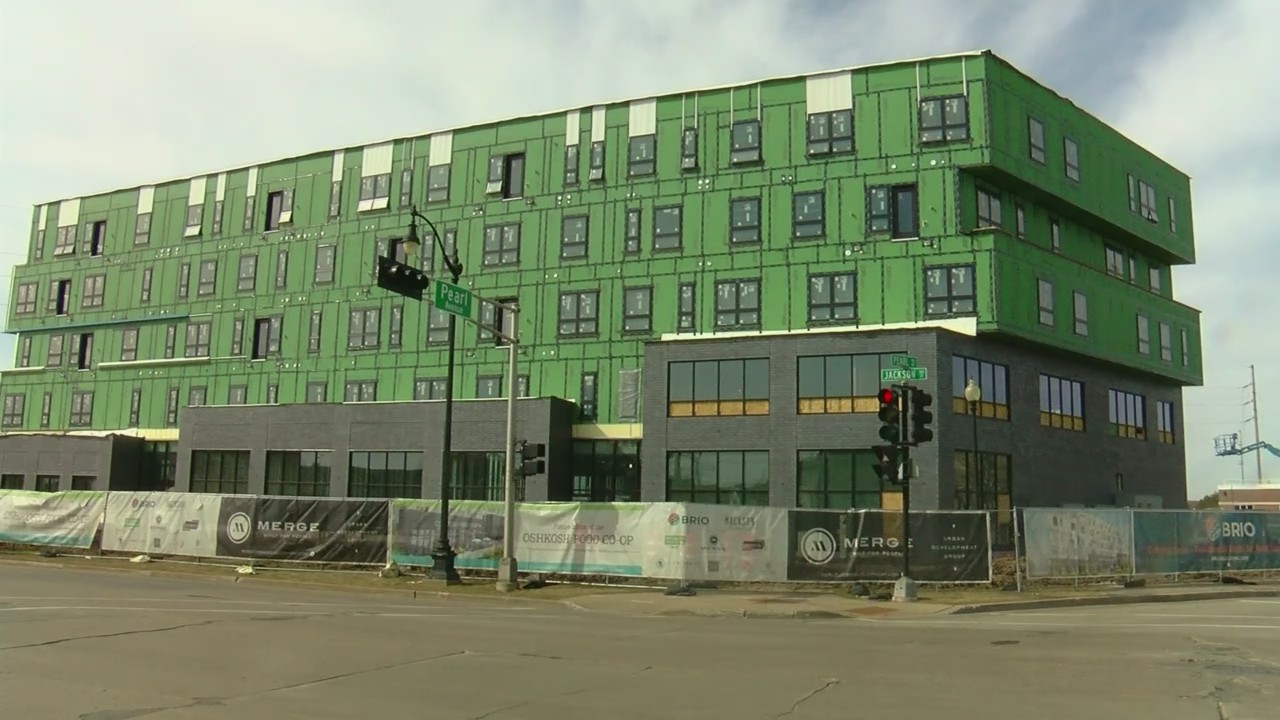 “We’ve been working on this project for about eight years now, so it’s really exciting to see the building under construction and knowing that we’re so close to opening,” Oshkosh Food Co-Op President Brenda Haines said.

The area in Oshkosh that will host the co-op is designated as a food desert, according to the USDA.

“There is inadequate supply of fresh, healthy food for the residents who live in this area,” Haines explained, “so that’s one of the drivers behind this project. We want to make sure everyone had access to benefit their health and the community’s health as a whole.”

The co-op recently reached a milestone of 1,500 members, but you won’t have to be a member-owner to shop there.

“Anyone will be able to shop in the store, being an owner means that you take part in the ownership decisions of the store,” Haines said.

The store is set to open later this year.

“We’re planning to have about 4,800 square feet of retail space, and we’ll have produce, dairy, meat, cheese, prepared foods or grab and go deli section, all sorts of packaged goods as well,” Haines described.

It’ll be a lot like any other grocery store, with one big difference.

“We’re really excited about partnering with local farmers, local growers, local producers, who can help us stock the shelves and we can keep those dollars here in the community,” Haines said.

According to Haines, community is what the co-op is all about.

“It’s people coming together to accomplish something that one person would be able to do on their own,” she said.

On Wednesday, March 24th, the Oshkosh Food Co-Op will host ‘Seeds to Sales,’ a free workshop to teach local growers how to become suppliers for the co-op.