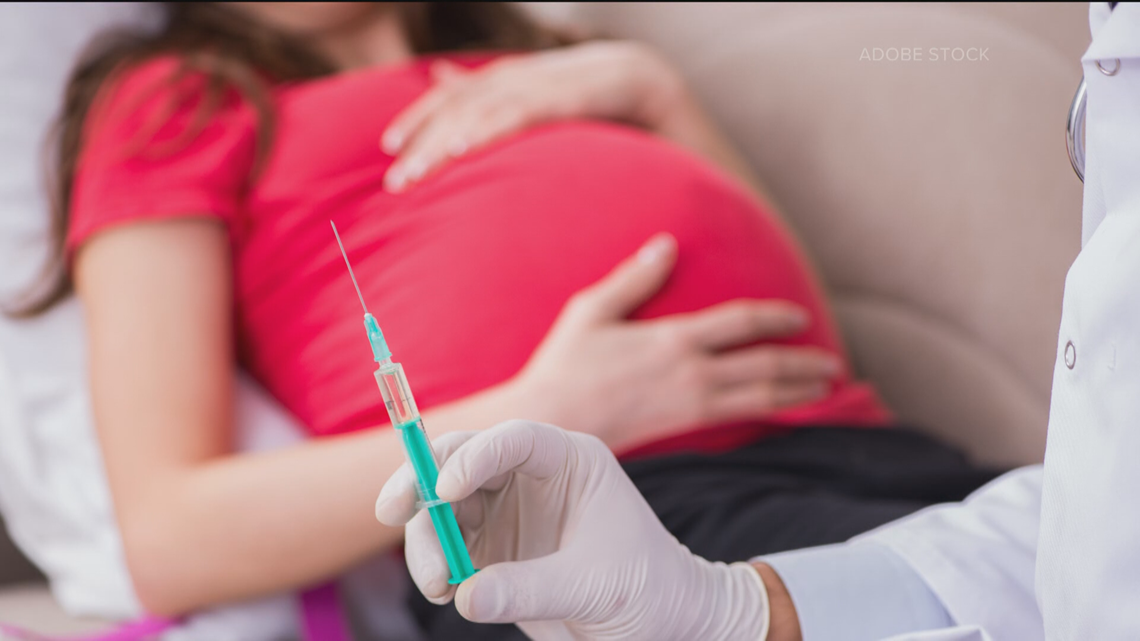 The study was published this week in the American Journal of Obstetrics and Gynecology.

MINNEAPOLIS — The COVID vaccine rollout continues, but there’s a group of people who still have a lot of questions about the vaccine and whether it’s safe: expecting mothers who wonder if the vaccine is the right thing for their unborn babies.

Strobel understands why many mothers are feeling overwhelmed these days.

While several studies suggest the COVID vaccines are safe for adults, expecting mothers like Dr. Strobel were still left wondering.

“They didn’t say ‘Yes, we highly recommend this’ at first. And so, we were left with a lot of questions and kind of had to do our own research,” Dr. Strobel explains.

Dr. Strobel herself wrestled with this decision of whether or not to get vaccinated.

She is currently five months pregnant, with a due date in late July.

She ultimately decided to get vaccinated and received her first and second doses in February.

“I did get the vaccine. I chose to wait until after my first trimester,” Dr. Strobel says.

The decision was very personal for her, as she spent a lot of time researching the vaccine and it’s possible effects on mothers and their unborn babies.

She says it’s a difficult decision for a mother to make, but now hopefully that decision is a little easier for mothers thanks to a new study that was published this week in the American Journal of Obstetrics and Gynecology.

“It’s such an easier choice now that we have a little bit more information,” Dr. Strobel says.

The study was conducted by Massachusetts General Hospital, MIT, Harvard and others, and it looked at 131 women: 84 were pregnant, 31 were breastfeeding, and 16 were part of a control group.

They all received either the Pfizer or the Moderna vaccine.

“The study showed that no matter if you are a pregnant woman, or a woman general, or a breastfeeding woman, you are going to have a great antibody response to the vaccines,” Dr. Strobel says.

Not only that, but Strobel says the data showed antibodies were found in the mother’s umbilical cord blood and in breast milk.

So, the data is suggesting that babies were also getting the antibodies passed on to them and the study also showed the babies were healthy after they received the vaccine.

“The majority of the babies went to term, were born full birth weight,” Dr. Strobel says.

Many doctors and health organizations are still leery about fully recommending that expecting mothers get vaccinated, but Strobel says this new study certainly gives mothers more information to make their own decision on what’s right for them.

“Please do have open discussions with your health care providers. We’re more than happy to talk about in a very non-judgmental way. Make sure you have the facts and then you can make the best decision for your family.”