That is quite the offseason for the eight teams that were not invited to the NBA’s bubble this summer. To compare, the Lakers and Heat will have had just 72 days between the final buzzer of the NBA Finals and the start of their next campaign.

So, with teams varying in their rest time and preparations, what should we expect?

In the era of COVID-19, all teams have been faced with hurdles in being able to practice and keep players healthy. With the league looking to play its first games outside the bubble amid the pandemic, challenges with travel and players testing positive will be present throughout the year.

Among the season’s unpredictability, there are overarching questions as teams reenter competition. Here are six that stand out heading into the 2020–21 season.

1. Will James Harden finish the season with Houston?

Whether Harden will buy into the Rockets’ system for the 2020–21 season is growing increasingly questionable by the day. After missing the team’s first practices, Harden finally returned to Houston on Tuesday and now has to test negative for COVID-19 over six straight days before hitting the court.

Harden’s initial holdout came after he reportedly told the Rockets before training camp that he would be open to a trade to the 76ers or “other contenders.” Harden is slated to start the next season alongside John Wall, who “for sure” believes Harden wants to play with the Rockets in 2020–21.

The Rockets have seemingly not budged on trade terms, but Harden is not making it easy on them. If this keeps up, Houston will likely be home to the most drama this season, and the Rockets’ patience will be put to the test.

2. How will Steve Nash perform as head coach?

Kevin Durant’s Brooklyn debut has been anticipated for over a year, but the new piece that surprised many was the announcement of Nash as the team’s new coach. Having no coaching experience, Nash was an unexpected hire heading into a season with championship aspirations for Brooklyn.

Nash has been presented with a fully loaded roster, with Durant and Kyrie Irving at the helm. Intrigue exists for the team at many levels, from Nash to how Durant and Irving will mesh and how the team’s supporting contributors will adapt in the new system.

The Nets are taking a bit of a risk with Nash, but his basketball IQ leaves the team with plenty of upside now that Durant and Irving are both healthy and available to play. Brooklyn will be a team to watch this season for many reasons, and Nash is near the top of the list.

3. Will the Clippers contend for the top spot in the West?

The Clippers are coming off an underperforming season that saw them fall to the Nuggets in the Western Conference semifinals. It was a year that reportedly saw a divide among the Clippers’ roster due to preferential treatment of Kawhi Leonard and Paul George.

The team will have a chance to reset its identity this year under Ty Lue, who is taking over from Doc Rivers (though, if you ask Doc, he does not expect much to change in the team’s offensive system). Leonard and George each have a year remaining on their current deals to capitalize on the Clippers’ talent and challenge atop the West.

Not only will the Clippers have to get past their L.A. rivals, but the Nuggets showed they are not to be underestimated. If Leonard and George can maintain their health and the team can resolve any tension, the Clippers will have a chance to make a run at the NBA Finals.

4. Which player will be better off on his new team—John Wall or Russell Westbrook?

This season will be interesting for both sides: Wall says he is healthy and better than ever, while Westbrook will get a fresh start alongside Bradley Beal in Washington.

With or without Harden, Wall will have an opportunity in Houston to show he can still be an All-Star. His ceiling will rely on how he adapts to spending more time off-ball while alongside Harden on the floor. Meanwhile, Westbrook will be able to revert to a dominant ballhandler and has a more beneficial pairing alongside Beal, who has proved to be a strong shooter.

Due to the lingering drama in Houston, Westbrook seems prepared to initially benefit most from the team switch. Still, Wall will have opportunities to surprise opponents with his level of play coming off rehab.

5. Can the 76ers take a step forward with Doc Rivers?

The 76ers are facing pressure in the East with the Heat coming off a Finals appearance and the Nets expected to challenge for the conference title. Time is running out for Philly to put together the pieces of its lineup, and that is where Rivers comes in.

The former Clippers coach said he was motivated to take the job due to the team’s talent. Ben Simmons and Joel Embiid have struggled to mesh in recent seasons amid injuries and an inconsistent supporting cast.

Rivers will be tasked with drawing the best from Simmons and Embiid while forming reliable shooters. If new leadership is not the answer, the team will be forced to take a different direction.

6. Which team will be most improved this season?

Though teams are likely to face hurdles with COVID-19 throughout the season, a few groups stand out as well-prepared to make a leap.

In the West, the Suns are entering the year with newfound leadership in Chris Paul as he is set to make his debut alongside Devin Booker and Deandre Ayton. The Warriors are also expected to be competitive this season, despite the absence of Klay Thompson, with the return of Stephen Curry.

Meanwhile, the East can see a shakeup in the standings as Durant returns to the court in Brooklyn. The Hawks will also be a team to watch after adding Rajon Rondo, Danilo Gallinari and Bogdan Bogdanović this offseason.

Above all, the Lakers can improve on their championship-winning season with the additions of Montrezl Harrell, Marc Gasol and Dennis Schröder. These teams’ offseason moves and health make them ones to watch in the standings this season. 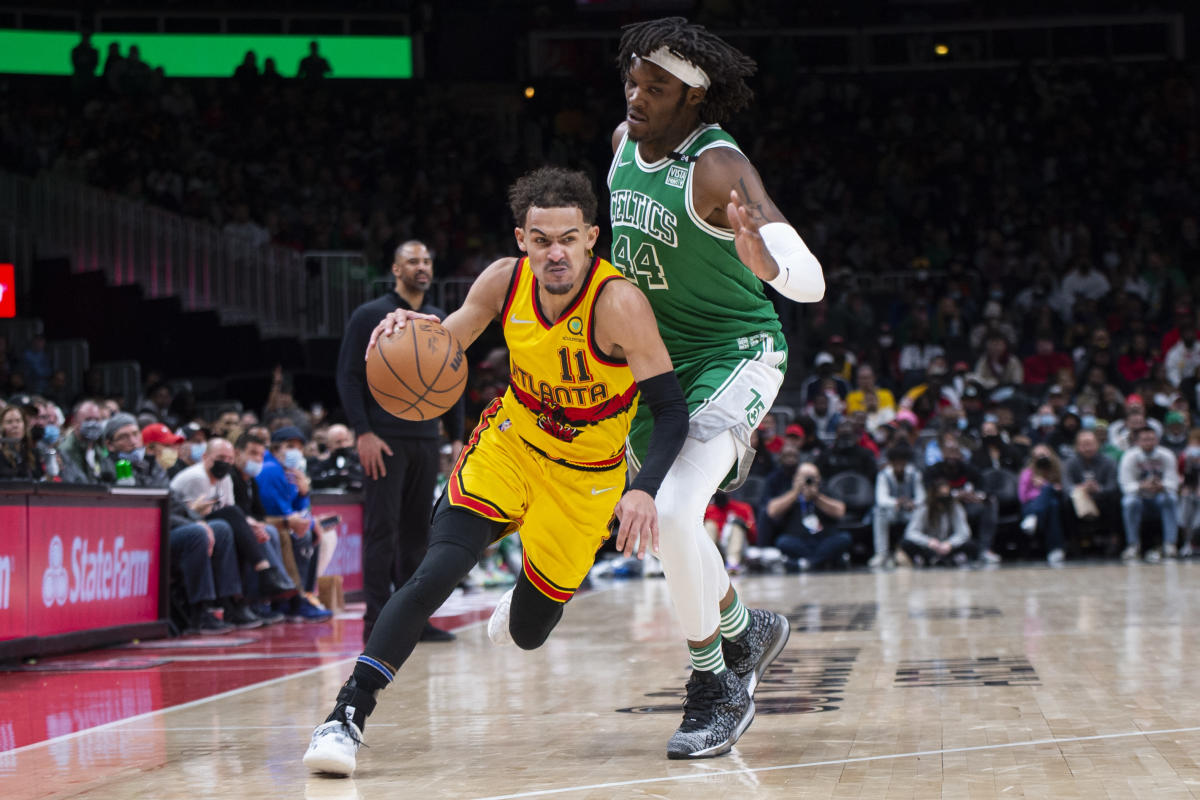