Is Stevia Bad for You? A Nutritionist Gives Us the Honest Truth 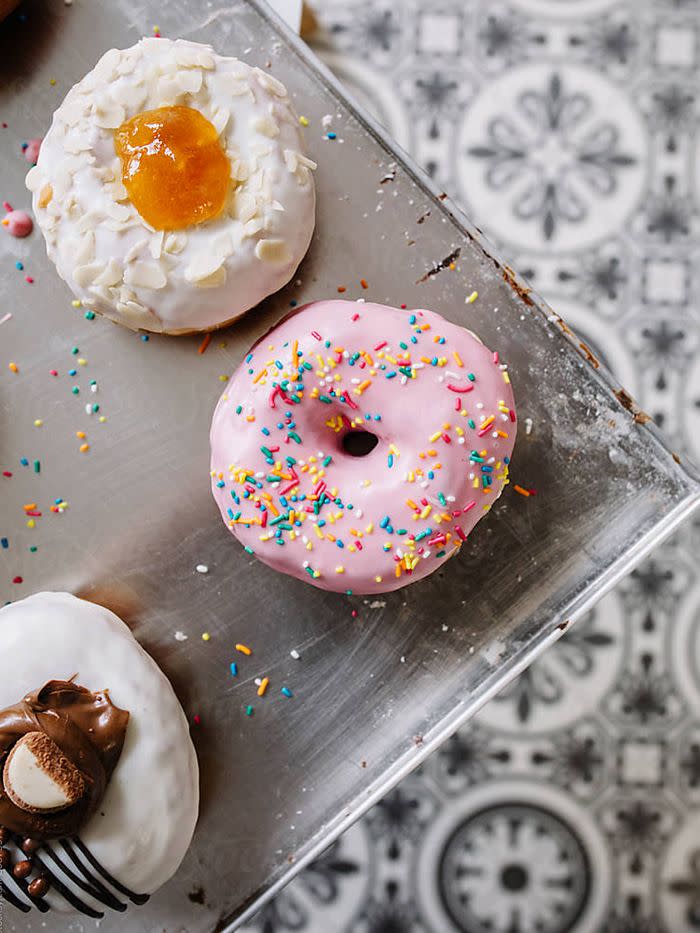 Ever heard of an all-natural sweetener called stevia with zero calories that’s 100 to 300 times sweeter than table sugar? If you aren’t hip to stevia, well, we’re here to let you in on the facts. Stevia has been around for ages—we’re talking ancient times, when it was used both as a sweetener and an ingredient in medical treatments. People are obviously into getting a calorie-free sugar fix, but there has to be a catch, right?

Turns out, the popular sugar substitute has had its ups and downs with the FDA. In 1991, stevia was banned in the U.S. due to reports that it could cause cancer. Later studies refuted these claims, and soon the FDA and allowed stevia to be imported into the U.S. again. As you can imagine, there’s a lot of talk in the eco-friendly and plant-based world on whether or not stevia is truly “all-natural” and, in fact, healthy for you. Is stevia bad for you? We tapped Maya Feller, MS, RD, CDN, CLC, of Maya Feller Nutrition to help us investigate.

So What Is Stevia?

“Stevia is a no-calorie sweetener derived from components of the Stevia rebaudiana plant, and it’s over 200 times sweeter than table sugar,” explains Feller. “It should be noted that only the compound and extract of stevia is used and currently generally regarded as safe.”

What Are Stevia’s Potential Benefits?

“Because stevia is a non-nutritive sweetener, if it’s used in place of table sugar or other nutritive sweeteners, there’s evidence that supports an overall decrease in total calories, improved glycemic control, and weight management in the short term,” confirms Feller.

“We need to remember the importance of making changes such as replacing a caloric sweetener with a non-caloric sweetener in the overall context of diet and lifestyle modification. Using a calorie-free sweetener as a substitute from time to time may reduce calories taken in from added sugars and be of specific benefit for people looking to manage blood sugars.”

Are There Any Side Effects?

“Researchers are regularly examining potential negative side effects of food additives,” Feller notes. “Within the last five years, studies have found that people may experience gastrointestinal symptoms such as gas, bloating, and even diarrhea when consuming large amounts of stevia on a regular basis. These symptoms may be exacerbated in people who are sensitive when stevia is combined with certain sugar alcohols. There may also be changes in hormone signaling and function because a metabolite of stevia may function as an endocrine disruptor.”

Which Forms Are Safe for Consumption?

“Stevia is generally regarded as safe when used in acceptable quantities,” explains Feller. “However, use of non-approved whole-leaf, crude stevia may have possible health effects specifically with the kidneys, heart, and hypoglycemic episodes. People with prediagnosed cardiac, kidney, and blood pressure regulation conditions should speak with a qualified healthcare provider about their use of stevia.”

“When I work with patients who use non-nutritive alternatives, I always counsel them to think about their usage of the product within the framework of their overall day and overall nutrition prescription,” suggests Feller. “I don’t advise excessive use, because there is simply not enough consistent research (I regularly find studies that both support and refute the efficacy of stevia use) around long-term use and health outcomes.”

Ed. note: Be sure to speak with your doctor or a nutritionist before consuming stevia.

Next up: These 15 Fruits Have Sneaky-High Amounts of Sugar

This article originally appeared on The Thirty

Read More from The Thirty