Signs Of A Mental Health Disorder You Might Be Ignoring

When your mother is a narcissist

You know the story: The Evil Queen stares into her Magic Mirror and asks, “Mirror mirror on the wall, who’s the fairest of them all?” And every day, the mirror responds that she is the fairest in the land. Until, that is, the mirror suddenly tells her that she is no longer the fairest. That would be Snow White, the Queen’s stepdaughter.

The story of Snow White and the Queen is the perfect example of a mother (or stepmother) with narcissistic personality disorder, a condition in which someone values their own self-esteem above all else and lacks the ability to relate to others in a stable and realistic way.

“Their self-esteem is like a balloon that will slowly drop to the ground unless someone is around to give it a tap back up on a regular basis,” explains Elinor Greenberg, PhD, a licensed psychologist and author of Borderline, Narcissistic, and Schizoid Adaptations: The Pursuit of Love, Admiration, and Safety.

Some narcissists seek this boost from their work or social circle. Others look to receive it from their romantic partner, and still others may rely on their children to prop up their egos. (These are the signs you’re dating a narcissist.)

Among the latter, there are different ways a mother can use her children to achieve the validation, praise, and adoration she craves.

So, if you’ve ever wondered “Is it me—or is it her?” here are four examples that you may have a narcissistic mother. (Also, beware of the signs of narcissistic abuse.)

“I knew a woman whose child went to private school in New York City,” recalls Greenberg. “She idealized her son as the golden child, the special one in the family. I ran into her one day and the first thing she said was, ‘You’ll never guess how many Facebook followers my son has.’ She eagerly talked about how popular he is. I actually had to ask after her daughter because the woman never mentioned her.”

This mother is a closet narcissist, explains Greenberg. She doesn’t feel special about herself on her own, so she looks for other ways to get that recognition.

“The closet narcissist is nervous about feeling exposed as inadequate so she attaches herself to something—her child, in many cases—and says that person is great and you should support that,” says Greenberg.

While having a closet narcissist as a mother can sometimes be nice for the golden child who’s receiving all the attention and praise, it can also be incredibly embarrassing during periods in a child’s life when embarrassment is a worse punishment than grounding. And if there are other children in the family, they can feel ignored or as though they’re an afterthought.

“You’ve heard the phrase in relation to royal families—the heir and the spare,” says Greenberg. “It’s the same idea.” (Follow these healthy habits as a family.)

“I was at a school production for one of my kids once. The girl who was the star of the show did a great job,” says Greenberg. “But her mother’s reaction was, ‘Well, I made your costume. That’s why you were so good.’ She could not acknowledge the child’s talent.”

She was an exhibitionist narcissist.

It is also the expression of narcissistic personality disorder most similar to how a grandiose narcissist (one who is outgoing, sociable, and extroverted) would act in a romantic relationship.

This can have a serious impact on the child’s development and self-esteem.

“If the mother is an exhibitionist narcissist, that’s worse than if the father is one because kids are more in tune with their mothers in the early years,” explains Greenberg. “It makes more of an impact on the child early in life. They have had less attunement, less nurturing, less experience being cared about.”

And if the child is a daughter, things can get even worse. (Here’s how walking can boost mother-daughter bonding.)

“With daughters, mothers can become competitive. Think of it like in Snow White,” Greenberg adds. “Mothers will make sure that their daughters are not as pretty as they are.” This, in turn, can lead to constant anxiety and worry in daughters as they grow up.

“I can often tell in therapy if this was the case,” says Greenberg. “The women don’t look quite put together. There’s something odd about their appearance, almost like an abandoned child.”

Zoom in on a lower middle-class family. The mother is a homemaker, the father makes a comfortable living, and the family is happy. Then their daughter grows up, starts her own business, and sells it for a significant profit. But instead of receiving congratulations when she returns home with the good news, her mother is angry.

“You think you’re better than me?” she cries. “Well, you never will be.”

“Naturally, children want their parents to be proud of them and happy for them,” says Greenberg. “But this parent, the failed narcissist, won’t be. She feels like a failure so she would rather her child fail as well.”

In this instance, the mother’s worst-case scenario would be that the child surpasses the mother in her eyes, because then the child would look down on her. “Narcissists must remain superior, even when it involves children,” says Gallagher.

Again, the possible damage to a woman with a narcissistic mother can be greater than to a man.

“Because they share the same sex, the narcissistic mother may feel that her role in the family and her identity is under threat,” Gallagher explains. This may cause them to lash out or degrade their daughters and their accomplishments in an attempt to maintain their superior standing in the family.

(Here’s how to build trust in a relationship.)

Picture a man who lives a few states away from his family. It’s been months since he’s seen them when he returns home for the holidays. His mother opens the door and wraps her arms around him. Then she pulls back, looks at him, and says, “You shaved your beard! Such a shame, you’re much more handsome when you have a beard. Now everyone is going to notice how much weight you’ve put on.”

“This woman, the malignant narcissist, has probably always been nasty and a bit of a killjoy,” says Greenberg. “When she was young the people around her probably thought it was cute. But, in reality, she is a sadist who enjoys causing other people pain.”

This is why children who are raised by malignant narcissists are the most likely to suffer from mental or emotional abuse.

According to the Complex Post-Traumatic Stress Disorder Foundation, malignant narcissists use personal information and techniques like gaslighting to manipulate and harm the people who love and depend on them. As a result, children may grow up feeling inferior, or anxious. (These are the gaslighting phrases that are red flags.)

Dealing with a narcissistic mother

Unfortunately, it is difficult to avoid internalizing the treatment of a narcissistic mother, especially if it begins from an early age. And in many cases, the children may not even know that the way they are being treated is abnormal or unhealthy.

But therapy can help children understand and work through the unrealistic expectations placed on them.

The post How to Tell if You Have a Narcissistic Mother appeared first on The Healthy. 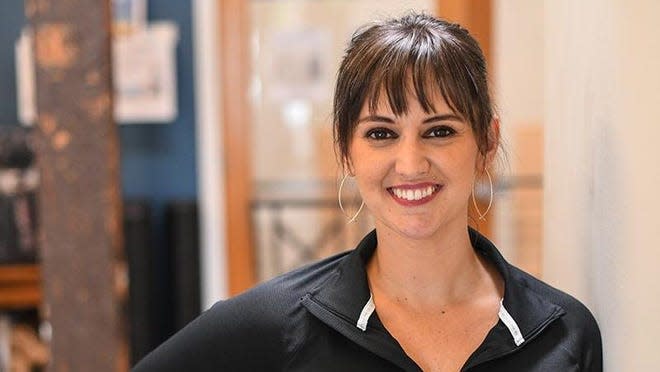