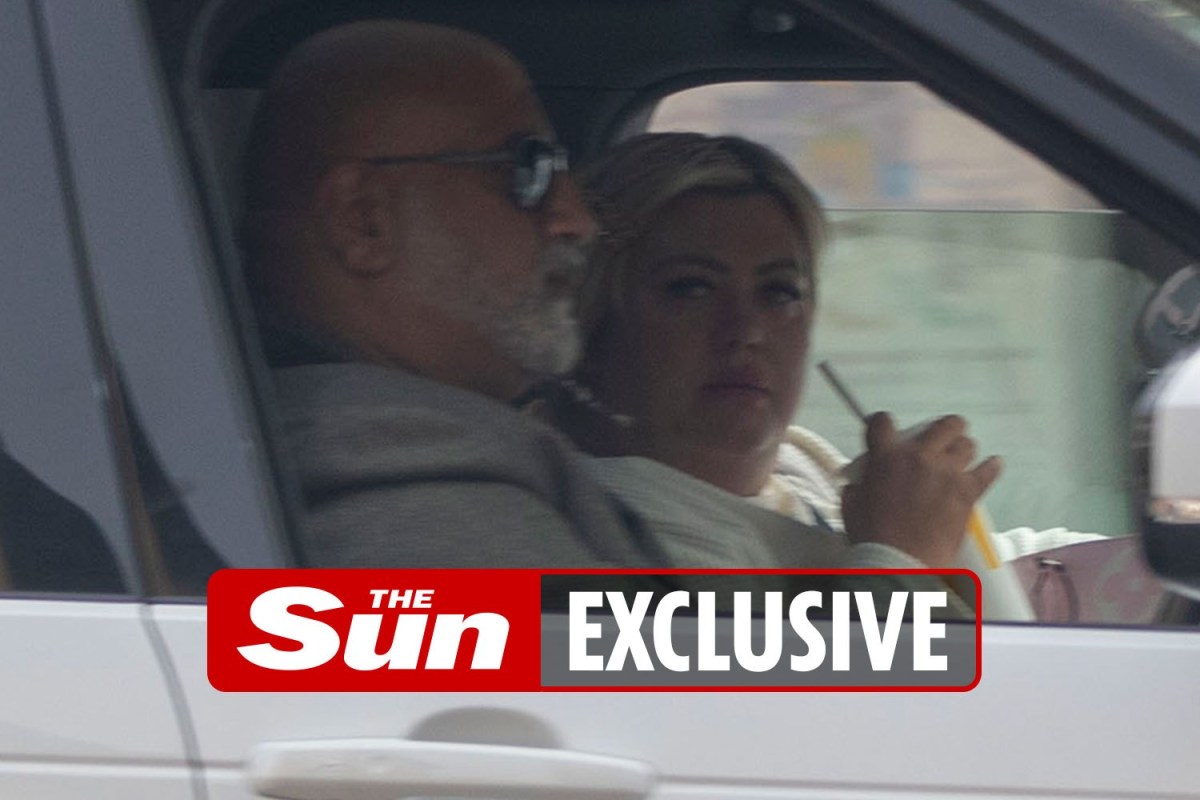 GEMMA Collins proves she’s just like the rest of us when it comes to saying no to a cheeky cheeseburger from McDonald’s.

The reality star took a well-earned break from her recent health kick by enjoying a cheat day to grab some of the tasty fast-food at one of the restaurant’s drive-thru facilities.

Gemma, 40, was seen ahead of the Easter Bank Holiday in Shadwell, London, with a friend as they stopped off to grab some food from McDonald’s.

Wearing a white jumper and with her hair pulled back in a ponytail, the Towie babe looked like she was starting the weekend early by indulging in one of the restaurant chains 99p burgers.

The TV favourite was also seen sipping on a drink to wash down all the cheesy goodness as she and her pal drove away in a flash white Range Rover Discovery.

Gemma has been wowing her fans lately with her commitment to a healthy eating and fitness regime and that has already seen her shed three stone.

Last week the 40-year-old showed her Instagram followers how dedicated she is to the diet by sharing her lunch on her social media.

Revealing she was about to tuck into a tiny meal of salmon and five slices of cucumber, Gemma added that she was able to include some Philadelphia cheese spread and spinach – which she was incredibly excited for.

Filming the food in a plastic Tupperware, the business owner explained: “I’m just prepping guys, this is my lunch today.

“I can have some Philadelphia with this and spinach, which I can’t wait for.”

Earlier this week Gemma admitted sh regrets promoting diet injections when she was in a “desperate place to lose weight”.

The 40-year-old, who has rebranded herself as the “fitness queen”, revealed she’s traded in her high heels for workout gear and trainers as she undergoes a “massive health overhaul”.

The self-confessed diva said that she’s “obsessed” with natural ways of losing weight including healthy eating and exercise and regrets promoting SkinnyJabs.

Gemma was among the many celebrities who came under fire from fans, who slammed her for promoting the “dangerous” jabs.

NOT SHARON HER SEAT

The Talk ‘will NOT replace Sharon Osbourne anytime soon’

Experts have previously warned that they could be “life threatening” and should always be prescribed by a doctor.

Speaking on the GC podcast, she said: “I have said that I’m not promoting any diet injections or anything like that.

“I kind of regret doing it but I feel like sometimes you’re in such a desperate place and you want to lose weight but actually I’ve come away from all the diet promotion because I wish we could get rid of that word diet.

“It’s basically what works for you. I eat scrambled eggs, bacon, avocados, I have two bits of chocolate, I have jelly, nuts. But my diet may not work for you, it’s just a healthy eating plan that works for you.”