Gem City Market prepares to open. Thousands of residents are about to get better access to groceries 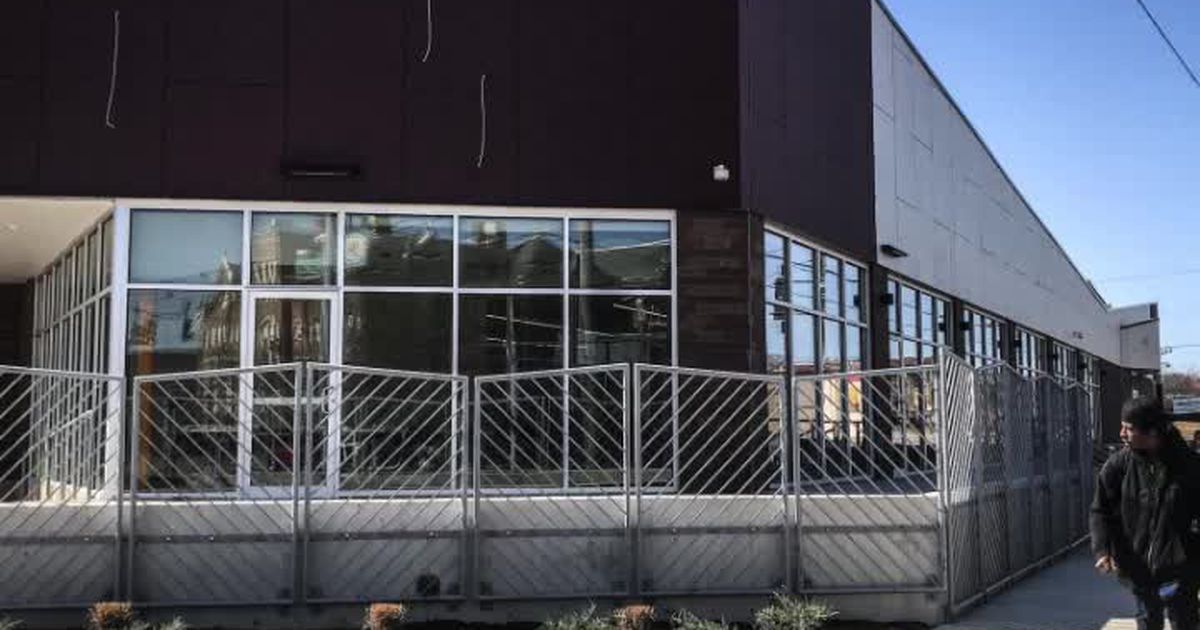 The store will instantly improve food access in a notorious food desert, and its fresh and healthy offerings should make a big difference to improve the health, wellness and quality of life of many community members, including some low-income residents who live nearby, supporters say.

“There are 19,000 people who live within a mile and a half of here for whom we will cut their travel time in more than half to get to the closest grocery store,” said Lela Klein, a Gem City Market board member and co-executive director of Co-op Dayton.

The Gem City Market’s journey began back in 2015 when the first organizing meeting took place.

By the next year, supporters were developing business plans and surveying community members about interest in a food cooperative.

The community’s response was overwhelmingly enthusiastic, and in the years that followed, supporters participated in hundreds of meetings and spent countless hours figuring out how to bring their vision to life.

Construction on the market is essentially finished, and much of the equipment and grocery store necessities are now in place, like shelving, freezers, food stations, salad bar, counters, checkout areas, a commercial kitchen and lighting and mechanical systems.

Price tags have been attached to most rows of shelving, as the market prepares for groceries to arrive, and the market has hired or offered jobs to about 12 people, which is about half of the staff it will need when fully operational.

The market has 3,630 members ― including 1,900 in the trade area, said Leah Bahan-Harris, the general manager of the Gem City Market.

That well exceeds the market’s goal to have 3,000 members by opening day, with half residing in the trade area.

Members will receive discounts on products and also will vote on strategic market decisions and selecting board leaders and, as stakeholders, they could receive a small share of profits if the market makes money, supporters say.

The market was designed with community input, Bahan-Harris said, and community members will continue to help make decisions about store operations and priorities.

The market will sell thousands of products from hundreds of brands, including from local sources like West Dayton producers and growers.

The store will have large produce and meat sections, a full deli, made-to-go food and take-home meals and beer and wine coolers.

Shelves will be stocked with low-cost, name-brand and specialty and organic products.

The market wants to serve a diverse group of customers, ranging from bargain shoppers to foodies.

The closest market is a few miles away, and the Gem City Market opening its doors will mean about 19,000 people will no longer live in a food desert, said Klein, a market board member.

The market hopes to make at least $60,000 in sales per week, which is a little more than what it needs to be viable and successful, Klein said.

But it’s possible its sales could be higher than that. Food cooperatives of similar sizes in other communities have seen tens of millions of dollars in sales every year, she said.

The market has about 8,000 square feet of retail space, which is a little smaller than the typical Trader Joe’s, Klein said.

But the market has a different feel and energy that most grocery stores, supporters say, and it also has a variety of amenities they do not.

The market has a community space with large windows offering lots of natural light that people can rent out for community events and educational activities, classes and other uses, like yoga.

The market also has a roughly 1,000-square-foot community kitchen that will host cooking and food preparation classes.

The kitchen could welcome dieticians and other instructors to teach visitors about healthy eating and living and sustainability practices.

The market also has a health clinic that will offer services like wellness visits and WIC benefit assistance and processing.

The market will have a coffee shop, run by Third Perk Coffee House and Wine Bar. The store also has flex space near the entrance that will help with curbside delivery, which has been very popular during the pandemic.

“It’s sparked hope in me that change is possible and another world is possible,” he said. “Just seeing people come through on tours and they’re so full of joy ― it’s a really touching moment of what community can do together.”

The Gem City Market grew out of a discussion at a small meeting six years ago in a church, Sellassie said, and the market could be where the community comes up with the next big idea for a transformative project.

Staying with the story

The Dayton Daily News has covered the idea of the Gem City Market since 2015. Count on us to continue our coverage of this inspirational Dayton story.