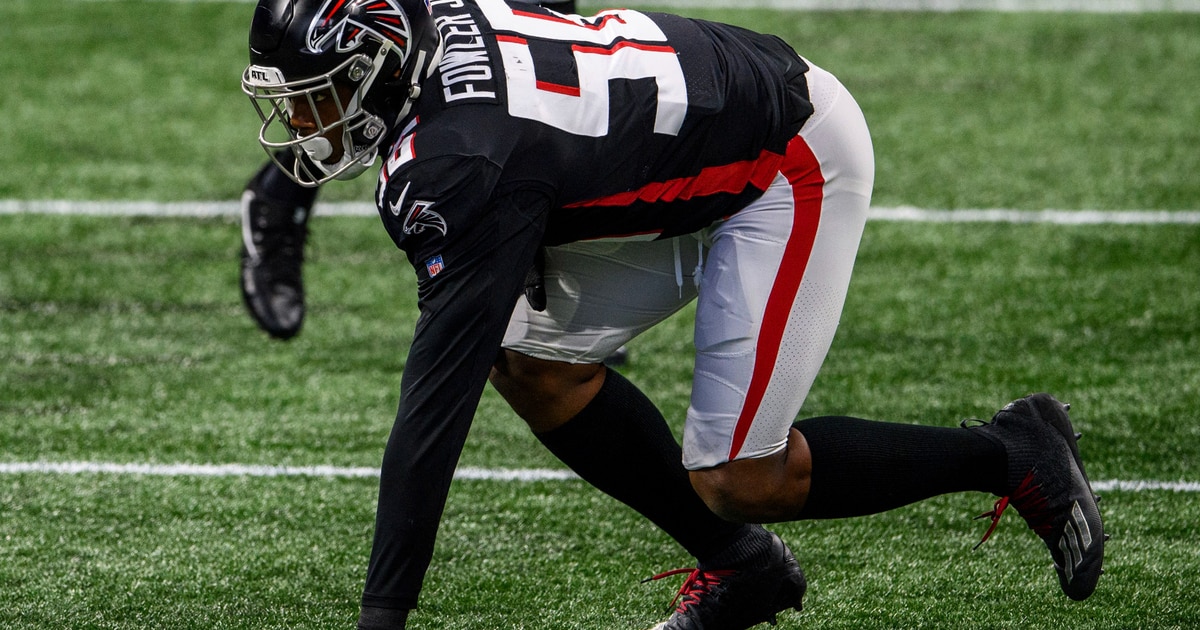 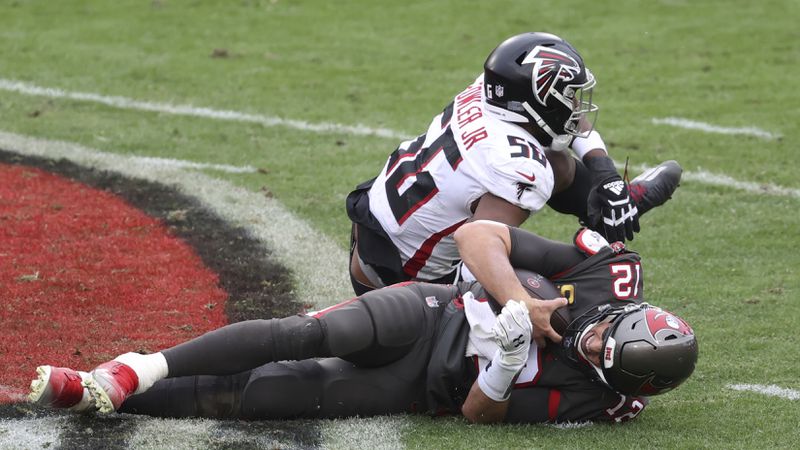 “Time waits for no man,” Fowler said in late December. “I just have to get better. That’s what I’m going to do. I’m going back to the lab. Go back to the drawing board and come back better than what I did this year.”

Fowler played in 14 games and made 13 starts. He finished with 23 tackles, three sacks, eight quarterback hits, four tackles for losses, a pass defense and a forced fumble.

Last season’s master plan called for Fowler and Takk McKinley to perform at optimal pass-rush levels and secure sacks by the bushel. That plan failed miserably on both fronts. McKinley was released Nov. 9 after tweeting about wanting a trade. He bounced around to the Bengals (failed physical), the 49ers (failed physical) and the Raiders.

McKinley is set to sign with Cleveland in free agency.

Fowler was a model citizen, while trying to play through an ankle injury, hamstring strain and then a return from the reserve/COVID-19 list.

He suffered an ankle sprain in early September and wore a knee brace at practice. He answered the bell for the season opener, but clearly was hobbled.

A speed rusher with a bad ankle sprain is pretty obvious to notice. He kept playing and was on the injury report as questionable for the third game against Chicago.

He played 79% of the snaps in the opener against Seattle, 70% against Dallas before a dip to 34% against Chicago in Week 3.

After the big season with the Rams, he landed the deal with the Falcons that included a $14 million signing bonus and $29 million guaranteed.

“It’s definitely been a rough season, but I really don’t like to make excuses,” Fowler said before the regular-season finale. “My standard is to be a double-digit sack guy, an elite pass rusher. I was pretty injured and banged up this year, but that’s no excuse. I’m still held to a standard, and this year I wasn’t held to the standard. I don’t feel that I played up to my standard as well.”

On Oct. 29 against Carolina, Fowler suffered a hamstring strain, perhaps compensating for the ankle. He then didn’t play against Denver on Nov. 8, the Sunday before the Falcons’ bye week.

“But I ended up straining my hamstring,” Fowler said. “So, it’s kind of like I took 10 steps forward and 20 steps back. That’s no excuse. I just have to take care of my body.”

Fowler believes that not having a structured offseason program led to his body breaking down.

“It’s definitely going to be really different the way I work out,” Fowler said. “Coming back bigger. Coming back stronger and be ready to hone in on what I can do and play my role the way I’m supposed to play it.”

Fowler is listed at 6-foot-3 and 255 pounds, believes that he can get bigger and stronger.

“Facts just prove that when I’m bigger, stronger and faster, I’m able to play at the best of my ability,” Fowler said.

The injuries have been tough to deal with for Fowler, who was third player selected in the 2015 by Jacksonville. He was traded to the Rams in 2018.

“I don’t like to make any excuses,” Fowler said. “I tried to play through the injuries as best as I could. I’m pretty sure that if I was more healthy than I was, it would have probably have (made) a difference. But at the end of the day, I’ve got to be better.” 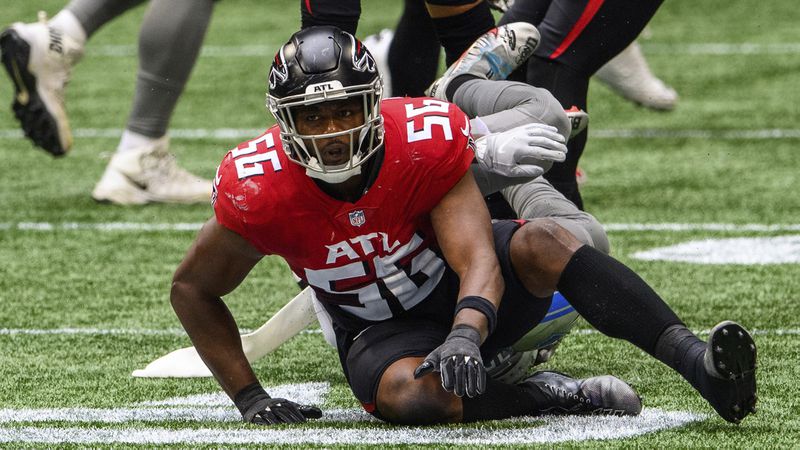 Fowler is hoping to have more structure to his 2021 offseason.

“COVID-19 did play a big role in the season,” Fowler said. “You know I’m more of a structural type of player. I have to be in the building, being able to work with the guys in the offseason. OTAs (are) really important for a player like me.”

Former Falcons interim coach Raheem Morris, who had to manufacture a pass rush after cutting McKinley and playing with a hobbled Fowler, believes Fowler can bounce back next season.

“Right now, he just hasn’t had the numbers that you’ve got to have and that would relate to all of the things that he brought to us. … He’ll be disappointed in what happened this season. I’ve got a feeling that he’ll look forward to next year and absolutely getting after people.”

New Falcons defensive coordinator Dean Pees will be charged with unleashing Fowler in their multiple 3-4 and 4-3 defensive fronts.

“Dean’s body of work kind of speaks for itself,” Falcons coach Arthur Smith said. “But Dean is also somebody that is not set in his ways. Dean is very flexible. He’s adaptable.”

The Falcons have a plan for Fowler. After reviewing the roster, they released free safety Ricardo Allen and defensive end Allen Bailey. Safeties Keanu Neal and Damontae Kazee are set to become free agents.