Dr. Sanjay Gupta: Memory fades as we age. But it doesn’t have to 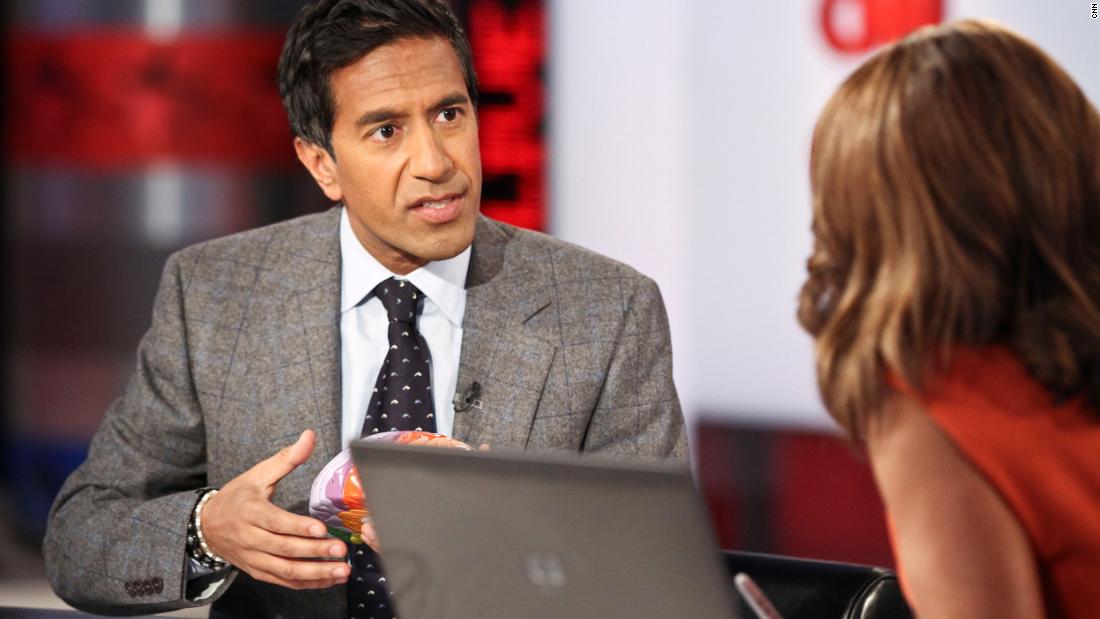 In order for my plan to work, however, I have to invest in my brain now to ensure that it stays sharp into ripe old age, even if my body starts to betray me. Accomplishing this is well within my reach, and starts with a basic truth: Unlike most any other organ in the body, our brains are not pre-ordained to wither away, lose power, blunt their edge or, worst of all, become forgetful.

Memories make us feel alive, capable and valuable. They help us feel comfortable with our surroundings, connect the past with the present, and provide a framework for the future. Truth is, this past year has resulted in a decade’s worth of memories for me. Besides continuing to operate at the hospital, I have been reporting around the clock from my windowless home basement on every aspect of the novel coronavirus — how it moves, the molecular keys it uses to gain entry, and what havoc it causes after entering the cells of the human body. And, when it became clear that Covid-19 was causing neurological deficits, from minor ones like temporary loss of smell and brain fog to more serious symptoms of a stroke, my worlds of brain surgeon and medical correspondent collided.

Over the last year, I have seen a movement gather steam unlike I have ever seen before. Within months of first identifying this novel virus, a global consortium of research scientists was established to study the relationship between Covid-19 and the brain. Among other things, these scientists are also re-examining a provocative idea: the possibility that certain infections raise the risk of cognitive decline and even the most common, dreaded form of dementia, Alzheimer’s disease. It is a frightening prospect that should also motivate us to redouble our efforts to control overall risk factors for dementia and make our brains as resilient and sharp as possible. And the good news is that we have the tools to do this.

In my role as a doctor and public educator, I’ve noticed that people tend to have a limited view of what their brains are capable of doing as they age, and the power they have to make themselves better, faster, fitter and, yes, sharper. I think because the brain is encased in a hard shell of bone, many assume it is a black box, only measured by its inputs and outputs. Immutable, impenetrable, indecipherable and unable to be changed or improved. Up until recently, we used to think the brain was largely fixed with a certain number of brain cells, and as the years wear on, the neurons die off, the networks dim, and things like memory and processing speed take a hit.

But what if I told you that most of what we believed about the brain at the beginning of this century has already been proven wrong or incomplete? And that memory loss and brain atrophy are not inevitable?

A lot has happened in brain medicine since I got started in the field more than 20 years ago. Back then, the idea of improving my own brain seemed like a misguided quest. Most people ages 34 to 75 understand the vital importance of brain health but also have no idea how to make their brains healthier or realize that it is even possible. They believe their fate is baked into their DNA and nothing can be done to change that. They would have a hard time accepting what countless studies have shown: that the brain simply prefers a body in motion, and that it doesn’t take much to reap enormous benefits. They would think I was being Pollyannish to suggest a mere 2 minutes of activity every hour can boost brain health more so than anything else they could possibly be doing right now. Their entire mindset would shift. Exercise wouldn’t necessarily be thought of as the cure, but rather inactivity as the disease. Just move. Every time you are about to sit, ask yourself: Could I stay standing instead?

While we enjoy lower rates of cardiovascular disease and certain cancers than a generation ago, the numbers are going in the other direction when it comes to brain-related impairment. One new case of dementia will soon be diagnosed every 4 seconds, and it will be the most common neurodegenerative disorder in the country. It’s time to change this trend. In recent years, I traveled the world and relied on my training in neuroscience and my reporter’s mentality to understand how to make that happen.

As things stand now, 47 million Americans have some evidence of preclinical Alzheimer’s disease, which means their brains show the signs of dementia but they feel and think fine. It’s like an approaching storm that is still way off in the distance, taking decades before memory, thinking and behavior are affected. This pre-clinical time, however, is a golden window during which we can significantly optimize our brains to improve its functionality, boost its neuronal networks, stimulate the growth of new neurons and help stave off age-related brain illnesses.

Dementia is not a normal part of aging and older people are not doomed to forget things. Typical age-related changes in the brain are not the same as changes that are caused by disease. The former can be slowed down and the latter can be avoided. According to the best available evidence, significant upgrades can be made to the brain within just 12 weeks. There are habits you should develop and make your own, while also learning what to avoid.

A quarter of Americans over 50 take “brain-boosting” supplements, but after two years of investigating, I could find little proof they improve memory, sharpen attention and focus, or prevent cognitive decline or dementia, no matter what the manufacturers claim. It is true that absence of evidence does not necessarily mean evidence of absence. Even in well-constructed trials, however, the same result came back repeatedly. A large 2020 study led by Harvard further showed that multivitamin or mineral supplements don’t improve overall health and any perceived benefits “may be all in the mind.” Unless you are deficient in a particular nutrient, vitamins do not take the place of real food, and some can even be harmful. I tell patients to follow the SHARP dietary protocol: Slash sugar; Hydrate (even being dehydrated a few ounces can affect cognition); Add more omega-3 fatty acids from foods like cold-water fish, nuts, and seeds; Reduce portion; and Plan ahead. I also tell them to spend their money on something proven to ultimately help the brain, like a comfortable pair of shoes for walking or a new pillow for a good night’s sleep.

After years of losing sleep over my globetrotting reporting of natural disasters and wars, I prioritize slumber now and sweat it out regularly because I know what the science says. Restorative sleep and exercise are antidotes to mental decline. They are matchless medicine we can’t get elsewhere. Sleep tidies memory while physical activity pumps out substances in the brain that act like a fertilizer on brain cells for their growth and survival. This allows us to continually learn new skills and explore new hobbies that are stimulating, de-stressing, and rewarding — all good things for staying sharp.

Surprisingly, leisure activities like gardening, playing cards, attending cultural events and using a computer are not as protective against dementia as we once thought. A 2020 study found no association between actively engaging in leisure activities at age 56 and the incidence of dementia over the following 18 years. And completing crossword puzzles may not keep your brain young either. Unfortunately, crosswords flex only one part of your brain, which is word finding (also called fluency). They might help you excel at that, but they won’t necessarily keep your brain sharp in any general sense.

A better strategy, in addition to playing mind-bending games on your own, is to engage with others and work on your relationships. Another recent finding in science has been that the strength of our relationships is much more essential to our health — and healthspan, or how long we live in good health — than previously recognized. Instead of spending time passively using a computer screen to binge-watch shows or scroll aimlessly through the internet, use that time in virtual chats with friends and family. As I like to say, connection for protection, even when physically distanced. And when you can see people in person, focus on eye contact; it’s more important than ever to ease the stress of masked faces. As loneliness researcher Stephanie Cacioppo told me, the eyes reflect more authentic emotion as well.

If you put it all together, one of the best things you can do for your brain: Take a brisk walk with a close friend and discuss your problems.

These strategies may sound extraordinarily simple and perhaps quaint, but they work. As someone who has had a love affair with the brain since I was a teenager, I admit that I’m biased, but I whole heartedly believe that all roads to health and happiness start with the brain. Your brain is command central for itself and the body, and it is possible to make your brain sharper than it has ever been in the past. Do not accept the false idea that brain decline is unavoidable.

While many organs do wither and decline with age, the brain is different, and it is well within your reach to stay cognitively intact into old age. I have seen it over and over again in patients I’ve treated and people I’ve encountered in my work as a journalist.

Like you, I won’t forget this past year. The combination of both a public health crisis and a tumultuous election has pushed a lot of limits in our mental wellbeing. It’s moments like these, however, when anxieties and uncertainties run high, that I take comfort in knowing there are things I can control. No one can predict the future, but each one of us can do our part to plan for a long and mentally sharp, resilient one.