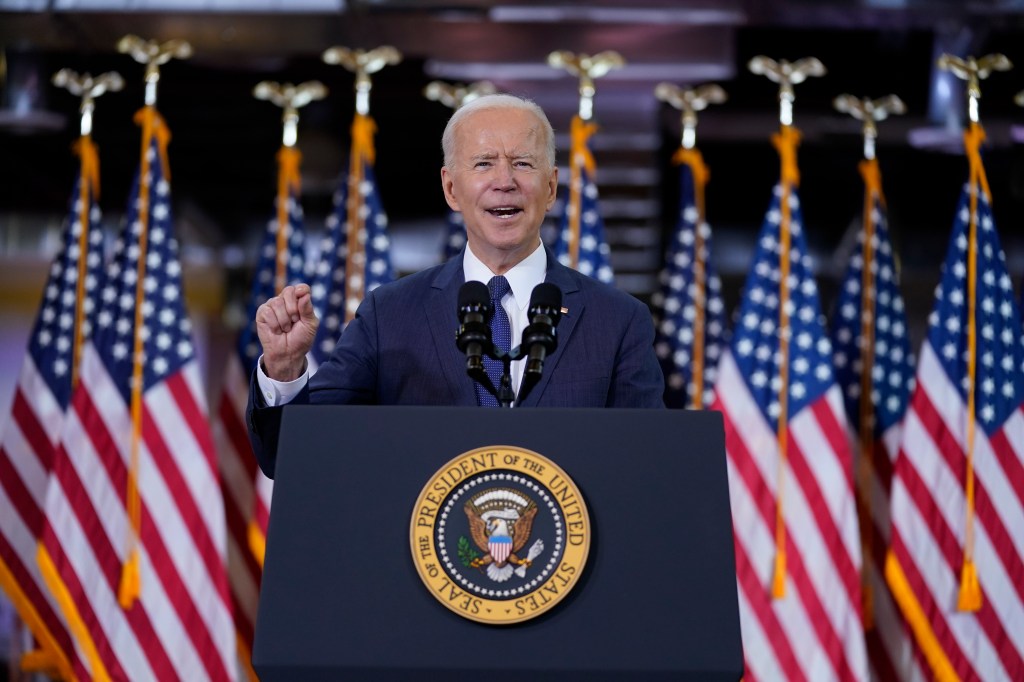 American politics is caught in a perverse paradox. The bases of both parties would like nothing more than to destroy the other party. But it is precisely this animus that prevents them from accomplishing their goal. That’s because the best strategy for partisans to wreak havoc in the other party is to pursue bipartisanship when they’re in power.

When Barack Obama came into office with majorities in Congress, he opted to push his agenda on a party-line basis, starting with the 2009 stimulus package that passed the Senate with only three Republican votes and the 2010 Affordable Care Act that got no Republican support in the Senate.

Obama’s unilateral approach allowed Republicans to stay unified in opposition and ultimately to take back the House in 2010, leaving Obama to spend the rest of his presidency governing with his “pen and phone” without more major legislation.

The Trump presidency offers a similar lesson. If Trump had opened with an infrastructure plan — as some of his advisers initially wanted — he could have split the Democrats, won over some moderates in that party and made it more difficult for the Democrats to sell their “resistance” messaging for Trump’s entire term.

President Biden has a different interpretation of recent history. For him, the lesson of the Obama stimulus wasn’t about the importance of bipartisanship. Rather, it proved the need to go much bigger and then brag about the bigness.

“Barack was so modest, he didn’t want to take, as he said, a ‘victory lap,’” Biden told House Democrats in early March. “I kept saying, ‘Tell people what we did.’ He said, ‘We don’t have time. I’m not going to take a victory lap.’ And we paid a price for it, ironically, for that humility.”

There’s a kernel of truth there, though “humility” is not a word I would use to describe the Obama administration.

It’s definitely not the right word for the Biden presidency so far. A group of historians and advisers have reportedly convinced him this is his shot at being another FDR — something every Democratic president since FDR has wanted to do.

The idea is to cram through as much transformational change as quickly as possible, pressing every advantage, including possibly scrapping the legislative filibuster.

You can understand why Biden thinks he’s different. He has a healthy approval rating of 54%. His first big legislative effort, the $1.9 trillion American Rescue Plan, passed without GOP support, but the legislation itself has bipartisan support among the public. Amazingly, a third of Republicans actually think the GOP supported it.

As a result, the Biden team claims he’s being bipartisan. That’s a good spin for the Sunday political talk shows. But the Biden team is overreading the facts. The larger $2.2 trillion CARES Act passed last year was even more popular with voters. Does anyone credit Trump and Mitch McConnell for their bipartisanship?

They don’t, for two reasons. Emergency pandemic relief isn’t seen as normal legislation, and, more importantly, opinions about Trump were set in stone by then.

Many people fetishize bipartisanship as if it results in better policy. That’s not necessarily true. But it does make policy more difficult to reverse, and it creates havoc for the party out of power by escalating the contradictions within its coalition. It’s harder to go on cable news shows and rant about how the party in power is radical and dangerous when members of your own party have voted for its agenda.

And that’s the paradox. If the Democratic base really wanted to break the GOP in two, they’d let Biden pursue popular, albeit more moderate, policies on immigration, infrastructure and the like. Such a strategy would annoy the Democratic base, but their protests would only make Bidenism more attractive to centrist Republicans.

Instead, the Democrats are moving forward on policies that enrage and unify the opposition, easing the path for the Republicans to return to power and repeating this paradoxical pattern all over again.

Jonah Goldberg is editor-in-chief of The Dispatch.