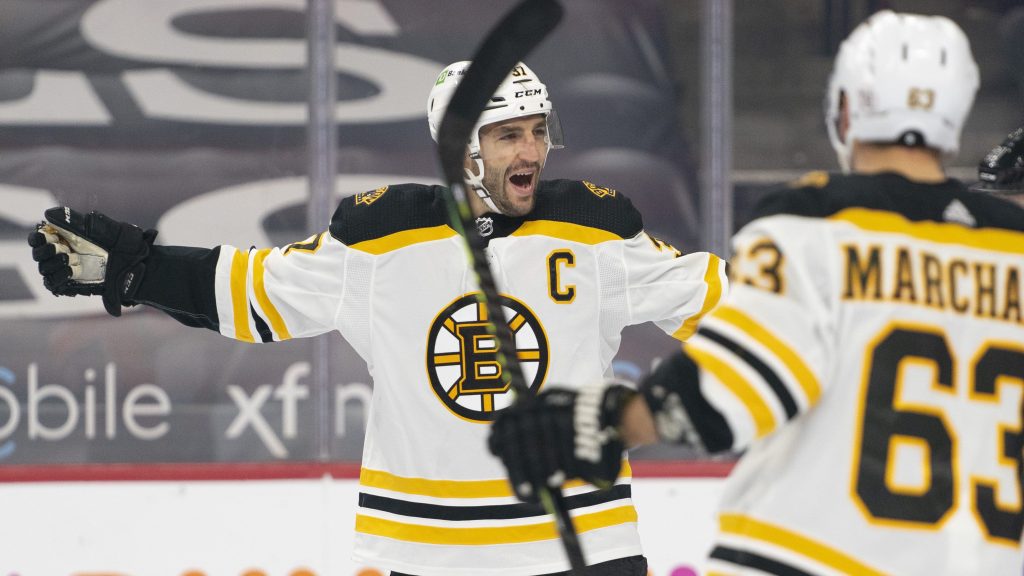 The Buffalo Sabres (10-25-6) visit the Boston Bruins (21-12-6) Tuesday with a 7 p.m. ET puck drop at TD Garden. Below, we analyze the Sabres-Bruins odds and lines, with NHL picks and predictions.

Prior to the NHL trade deadline, the Sabres traded LW Taylor Hall to the Bruins for a player and a pick. He actually planned to drive to Boston Monday, and feels he’ll be ready to face his former team Tuesday.

The Sabres had been showing signs of life prior to shipping Hall away, going 4-2-2 across their past eight outings. Hall was a healthy scratch in the past four games, as they kept him healthy to get ready for a trade.

The Bruins received a scare from the Sabres in their most recent meeting in Boston March 27, sneaking by with a 3-2 win. If Hall is ready to debut, he is expected to skate on the second line with David Krejci and Craig Smith.

Ullmark has been tremendous for the Sabres when healthy. He has accounted for nine of their 10 victories on the season and has rattled off wins in four of his past five starts, including a 5-3 Sabres win at the Philadelphia Flyers Sunday. He was in net against Boston March 27 and made 33 saves in the 3-2 loss.

Rask hasn’t started since March 25 due to an upper-body injury, so rookie Jeremy Swayman and Dan Vladar have been holding down the fort with Jaroslav Halak also away due to COVID-19. Rask was hot prior to going down in allowing a total of 3 goals in 203:15 of crease time across four games.

The Bruins (-350) are just way too expensive, costing more than three times your potential return. That’s risky business against a Sabres side which has been pesky lately, and which has a red-hot goaltender between the pipes.

Against the spread (ATS)

The Bruins stocked up for what they hope is a deep playoff run, while the SABRES +1.5 (+105) had a fire sale prior to the trade deadline.

Buffalo has already had over a week to adjust to life without Hall on the ice, and has a hot goalie. Meanwhile, the B’s welcome back Rask, who could have some rust after a multi-week layoff.

OVER 5.5 (-115) is the lean. While Ullmark has been giving them a chance every night, it’s the young offensive players which have stepped up. With Hall in the press box for his final four games in Buffalo, the Sabres actually averaged 4.0 goals per game to go on a 4-0 Over run.

The Bruins were just toasted 8-1 Sunday against the Washington Capitals, and they hit the Over in three of their past four games, and two of their previous three on home ice.

Want some action on this one? Place a bet at BetMGM now. For more sports betting picks and tips, visit SportsbookWire.com. Please gamble responsibly.

Gannett may earn revenue from audience referrals to betting services. Newsrooms are independent of this relationship and there is no influence on news coverage. This information is for entertainment purposes only. We make no representations or warranties as to the accuracy, completeness, or reliability of any content.