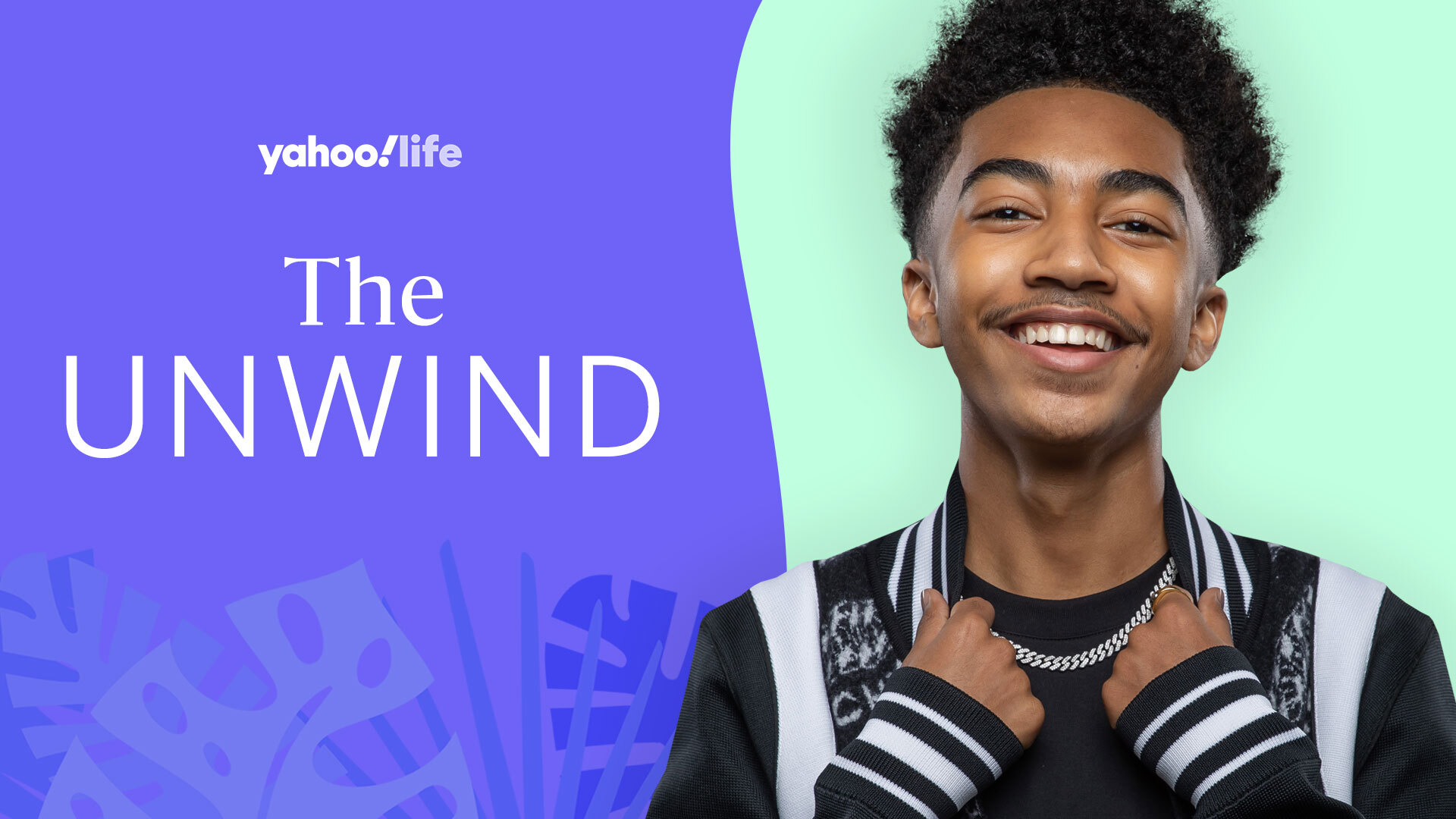 The Unwind is Yahoo Life’s well-being series in which experts, influencers and celebrities share their approaches to wellness and mental health, from self-care rituals to setting healthy boundaries to the mantras that keep them afloat.

Miles Brown was clearly destined for stardom. Before becoming a household name as Jack Johnson on the hit ABC sitcom Black-ish, Brown’s roots were in music. Just last year, before his 16th birthday, the talented dancer-turned-actor released his first studio album, We the Future, which blends his passion for speaking out about tough topics like social injustice with his desire to spread positivity.

Most recently, he’s signed on to a partnership with Crest + Oral B on its “2Gether Pledge” to be a positive role model for others, which felt like a good match for someone who takes his oral health seriously.

“I’ve never had a cavity, which is the craziest thing,” Brown tells Yahoo Life. “I guess me having a good healthy body really sets you up for a really good future, because if you’ve had bad cavities, or if you have certain things going on with your body as a child, it’s really gonna set you up for having the same bad habits. So that’s why I really want to teach my younger cousins: Do good things, have good hygiene, take care of yourself as well.”

Here, Brown opens up about having healthy habits, taking on serious topics on Black-ish, being a child star and more.

You have expressed wanting to be positive role model for your younger cousins and fans. Why is that important for you?

In my family, I’ve always been raised to always brush my teeth twice and make sure my teeth are clean, no cavities. Now that I have younger cousins, I really wanted to start to find a role where I can influence them to start doing the exact same thing. But sometimes I’ll even have them come over to my house and make sure they know how to brush the right way, making sure they’re brushing two times a day, two minutes a day. And I just want to be able to have that role, to influence my younger cousins to know how to brush the right way. And it goes with everything that they do in life.

Who are some of your role models?

My parents. My mom, my dad, they’ve always been there [supporting] me. My dad, he’s an artist, so I’ve always looked up to him, what he’s done and the music that he makes. So he’s definitely inspired me to start making music in general. [Also] I would say obviously Black-ish, going to work with Anthony, Tracy Lawrence. On the acting side, they honestly inspired me to start working on what I want to work on. Just being on the show, it really inspired me to start talking about certain topics I wanted to bring up and ended up doing my own thing kind of related to that. Taking on controversial topics that no other really people are taking on, Black-ish really inspired me to start doing that through my music. So I could say that there’s so many different things, because I love different industries. I love dancing, acting, rapping, even basketball, but I could say I’ve been inspired by [so many] people.

Do you have any small self-care rituals that you use to brighten your day?

Um, obviously brush to my teeth twice today, making sure I start every day washing my face and just obviously staying healthy with hiking and working out. I guess exercising; I have a basketball hoop in the backyard, so I always want to make sure I’m playing basketball, walking my dog. I feel like the pandemic kind of gave me an opportunity to like see what’s going on with myself and to kind of work on myself. And it gave me an opportunity to start doing everything the right way.

Black-ish has tackled all these heavy issues, from politics to social justice. Why does that feel like an important element of the show?

We need shows that talk about certain things like that more now than ever. So talking about it in this time that we’re in, especially what we’re going through during the pandemic [and] everything that happened in 2020. And I could say that we’ve kind of been prepared for it, because we’ve been doing it for so long — whether it’s the election, mental illness, being a mother, growing up and being raised by a Black father in America. I’m glad that we’ve been the ones that have been talking about these certain topics in the current day.

How have you dealt with the pressure of being a child star?

I guess hearing the word “child star” is like the craziest thing you can think of, because I’m not originally from that industry. I’m not really born and raised in the Hollywood area. I would say I think the best way I’ve handled it is always having my family and friends around. And no matter what I’ve done, they’ve always made sure that I always stayed a good kid or stayed the same person. They always treat me as Miles before anything else. And I think it really started when I was in elementary school and I had to leave because of Black-ish and they really treated me the same. So I thought that was a super dope thing to see when I was super young.

How has school been during the pandemic?

It really hasn’t changed for me, because I’ve been homeschooled since way before the pandemic even started. So I’m like a vet, like with how everything is going. But it’s crazy seeing a lot of my friends transfer from real school to doing programs because it’s like, they’re not used to it at all, [so] I kind of have to explain what this means. I’ve been using apps to help my little cousins who are going through it because they’re not used to doing online school, so I’m helping them do their homework.

What have you been doing to keep yourself balanced?

Being with family, listening to music. I know I can’t really see my friends, but always trying to find a way to stay connected with them. I play video games [and] I love making pancakes and crepes now, especially breakfast foods. I guess every single thing that we’ve done has been changed because of Zoom doings [with] grandparents, meetings, birthday parties. So everything was really kind of changed, but we’re having a positive mindset on everything.

What mantra do you live by?

Me and my parents came up with it a really long time ago: Dream big, inspire many. I’ve always had big dreams [and] I’ve always been inspired by huge people: LeBron, Michael Jackson, he was an idol for me. The bigger a kid could dream, the more people you can inspire to do the same.

This interview has been edited for clarity and length.

Want lifestyle and wellness news delivered to your inbox? Sign up here for Yahoo Life’s newsletter.