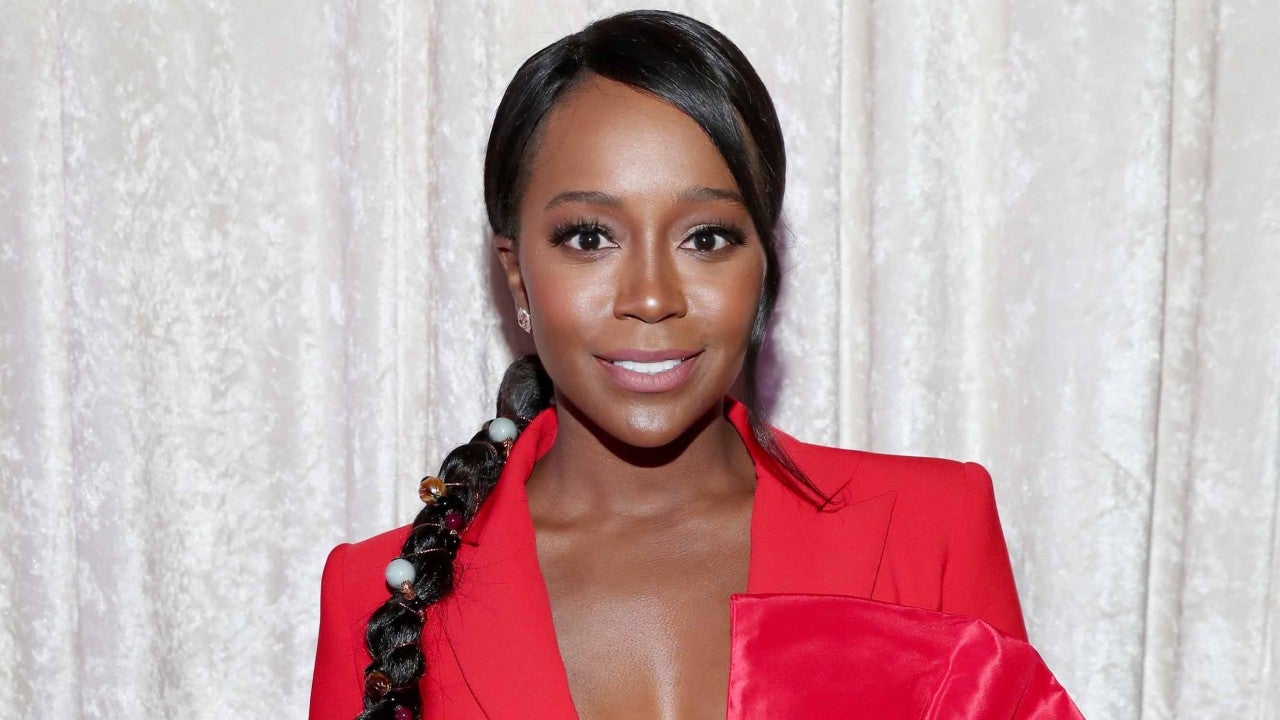 Aja Naomi King is going to be a mom! The How to Get Away With Murder star announced the news Thursday on Instagram with an artistic photo of her bare baby bump.

“Baby King 👑. I really can’t begin to express the fullness of our immense joy to be welcoming a baby into our family,” she began her caption. “With that I also want to express that this beautiful journey has not been devoid of heartbreak. This is my beautiful little rainbow baby.”

King went on to reveal that prior to this pregnancy, she “suffered two miscarriages.”

“Even now trying to capture what it felt like in words is simply absurd to me because I will never have language enough for it,” she confided. “..,At first I wasn’t sure about sharing my experience because I felt like so many other people had way worse experiences than I did, but I realized that I can’t treat pain like an Olympic sport, as if it’s a competition and only those who have the worst stories win the right to talk about it. No matter the size of it in your mind, pain is pain and loss is loss, whatever the degree. And once you are touched by it, it stays with you forever.”

The 36-year-old actress also admitted that it’s “been hard to not carry my fear with me throughout this pregnancy.”

“…I try to not ignore the facts, and the facts are that I am healthy and my baby is healthy, my baby is growing and now kicking and constantly reminding me of their very real presence within me,” she wrote.

King hopes her journey will be a comfort to other women. “I really just want to say that if you’ve gone through this or are going through this, you don’t have to carry the weight of it alone. And for some (I won’t attempt to speak for everyone) it can be freeing.”

She concluded her post, “So I take this piece of freedom and I hope for someone else it allows them to feel a little less alone. Sending love always.”

King isn’t the first celebrity to open up about the pain of suffering a miscarriage. Meghan Markle also revealed that she too lost a child before announcing that she and Prince Harry were expecting their second baby.

For more on Markle’s story, check out the video below.

Gal Gadot Pregnant With Baby No. 3