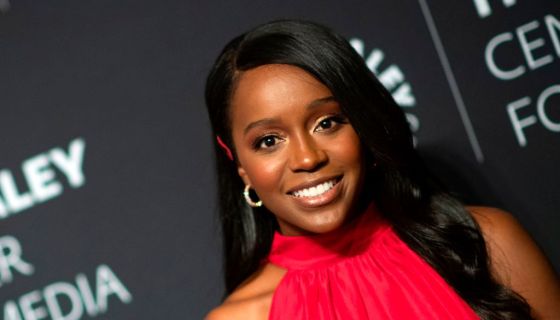 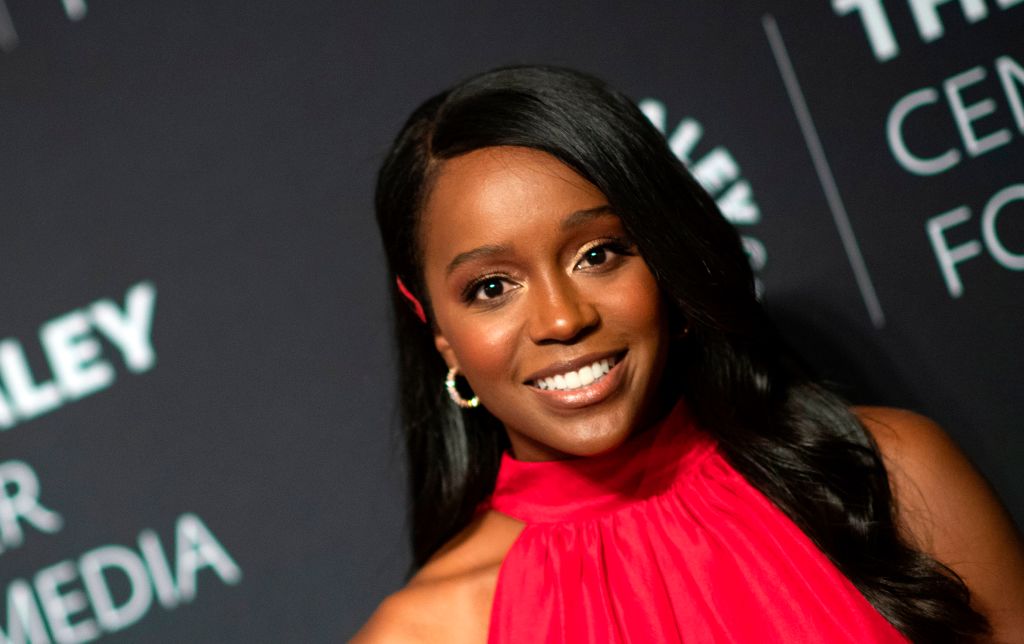 Congratulations are in order for actress Aja Naomi King. Earlier today, she announced via a maternity shoot on her Instagram page that she is pregnant. While she is elated about the news, she also shared that this bit of joy did not come without some hardship.

King shared that before this pregnancy, she suffered two miscarriages.

“This is my beautiful little rainbow baby…I suffered two miscarriages and even now trying to capture what it felt like in words is simply absurd to me because I will never have language enough for it.”

King stated that she was hesitant about sharing her story for fear that she hadn’t suffered as much as other women who had experienced pregnancy loss had.

“…I realized that I can’t treat pain like an Olympic sport, as if it’s a competition and only those who have the worst stories win the right to talk about it. No matter the size of it in your mind, pain is pain and loss is loss, whatever the degree. And once you are touched by it, it stays with you forever.”

She also stated that because of her past experiences its been difficult to quell the fear she had going into this one, her third. But now that this baby is developing and growing healthily she feels more at ease.

“And I won’t lie, it’s been hard to not carry my fear with me throughout this pregnancy. To believe that it’s real and that this baby will be okay. That this beautiful gift will remain. But I try to not ignore the facts, and the facts are that I am healthy and my baby is healthy, my baby is growing and now kicking and constantly reminding me of their very real presence within me.”

King ended the message thanking women who had suffered and shared like her.

In this announcement King did not mention the father of her child. She was once linked to her “How To Get Away with Murder” co-star Alfred Enoch. And in 2018, we reported that she was seen getting very close to a Wim Hof instructor named Dan J.  Though she took a more private approach with this relationship.

But the few pictures that did exist of the two of the on social media have disappeared.

There is one that remains from Yvonne Orji’s standup special. Dan is the one to the far right. But a lot can happen in two years time.

We know it’s none of our business. But we can’t deny we’re curious. Either way, kudos to King for sharing her journey with miscarriage and also moving past fear to share this news with the world. We’re wishing her the best on the rest of this journey.